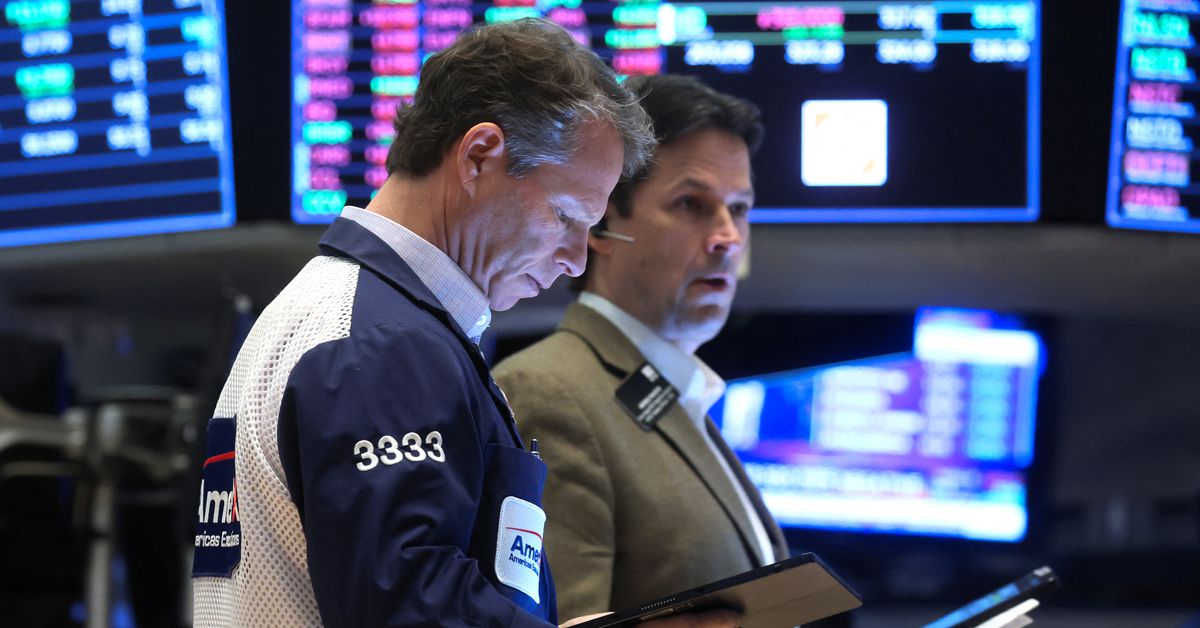 The Russian finance ministry announced on Thursday that it had sent funds to cover $117 million in coupon payments on two dollar-denominated sovereign bonds that came due this week. read more

The payments calmed investor worries that a Russia sovereign default, which would have been its first in a century, could rattle already nervous markets. Western sanctions have hobbled Russia’s financial dealings since it invaded Ukraine on Feb. 24.

“If you think about where we could have been if Western governments had disallowed the use of frozen funds for coupon payments on Russian sovereign bonds, we would be sitting on a default of a world economy,” said Jamie Cox, managing partner at Harris Financial Group in Virginia.

“As a result of that, some of the biggest impacts to the global financial system are being put off into the future – that’s good.”

MSCI’s gauge of world stocks, which tracks equities in 50 countries across the globe (.MIWD00000PUS) gained 0.89%, while MSCI’s broadest index of Asia-Pacific shares outside Japan (.MIAPJ0000PUS) had closed 0.25% higher overnight.

“We’re in the middle of a relief rally after such a deep sell-off in tech in advance of the likely path of rates by the Fed. Now that they’ve basically removed all the uncertainty about rates, tech stocks can reprice,” Cox added.

The U.S. dollar index bounced back from recent declines as Federal Reserve officials said the central bank may need to be more aggressive to deal with inflation, while the dollar hit a fresh six-year high against the yen. read more

Gold prices were on track for their biggest weekly drop in nearly four months, in the wake of the Fed interest rate hike and a rebound in the U.S dollar.

U.S Treasury yields long-term edged down early as lack of a resolution of the Russia-Ukraine conflict weighed, while short-term yields increased, further flattening the curve.

Yields on two-year Treasuries, which closely reflect Fed interest rate expectations, were slightly up, instead, at 1.9465% from 1.915%.

Oil prices settled higher, but posted a second straight weekly loss, after a volatile trading week with no easy replacement for Russian barrels in a tight market. read more