Giraffe dies at L.A. Zoo after delivery of stillborn calf 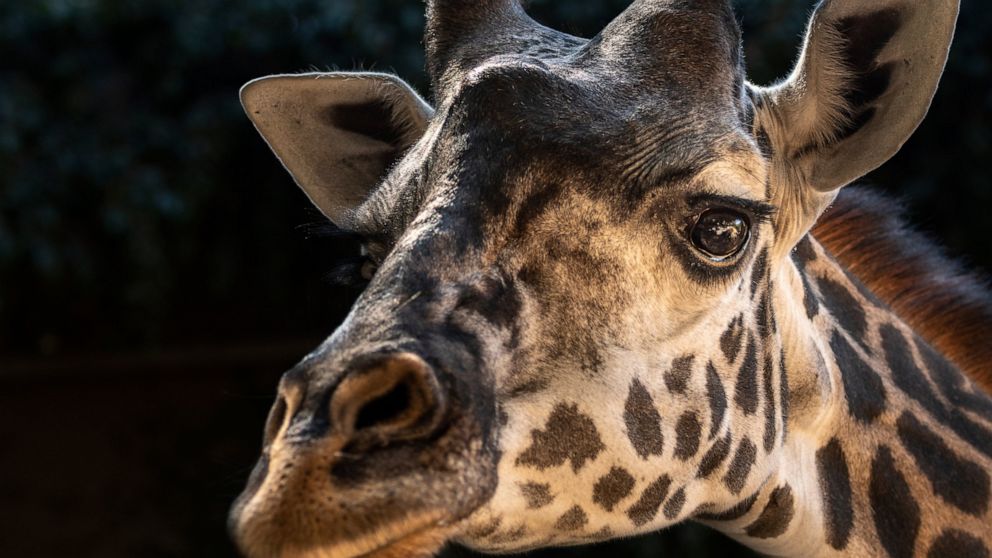 LOS ANGELES — A giraffe has died at the Los Angeles Zoo after undergoing a procedure to deliver her stillborn calf, the zoo announced Tuesday.

Hasina, a 12-year-old Masai giraffe, died unexpectedly Monday night after a team of 30 zoo staffers had removed the full-term stillborn calf in a five-hour procedure that morning, the zoo said.

The zoo didn’t immediately release a cause of death for Hasina but said the procedure was complicated by the length of time she was under anesthesia and the calf’s abnormal breech position.

“Hasina recovered from anesthesia and was doing well, but unfortunately she passed away last night,” the zoo said in a statement.

“Hasina was a healthy giraffe in her prime, so we were hopeful that she would survive,” said Dominique Keller, the zoo’s chief veterinarian and director of animal health and wellness.

“Following the procedure, Hasina was standing on her own, which is a positive sign, but in the end she may have been too weak from the experience,” Keller said.

Hasina was the mother of five other calves. She came to Los Angeles from the San Diego Zoo in 2010.

The zoo has four other giraffes: Phillip, Zainabu, Sofie and James.

Masai giraffes are the largest subspecies of giraffe. They can grow up to 17 feet (5.2 meters) feet tall and weigh 2,700 pounds (1,224.7 kilograms). Giraffes are listed as an endangered species because of habitat loss, illegal hunting and disease, the zoo said.