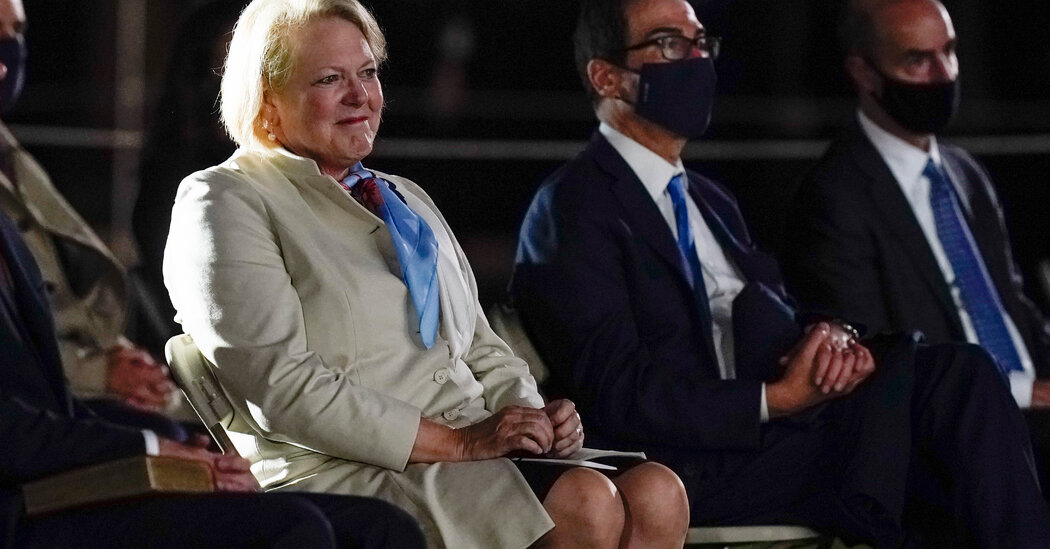 Ginni Thomas, the wife of Supreme Court Justice Clarence Thomas, said in an interview published on Monday that she attended the Jan. 6, 2021, rally at the Ellipse in Washington. The interview appeared in The Washington Free Beacon, a conservative publication, and followed a New York Times Magazine article last month that examined the political and personal history of both Ms. Thomas and her husband, including her role in efforts to overturn the presidential election.

Ms. Thomas did not answer detailed questions from The Times about its findings. Her comments to The Free Beacon were her first about her participation in the rally. She said she had attended the rally in the morning but left before President Donald J. Trump addressed the crowd.

“I was disappointed and frustrated that there was violence that happened following a peaceful gathering of Trump supporters on the Ellipse on Jan. 6,” she said. “There are important and legitimate substantive questions about achieving goals like electoral integrity, racial equality, and political accountability that a democratic system like ours needs to be able to discuss and debate rationally in the political square. I fear we are losing that ability.”

Ms. Thomas has previously pushed back against an ongoing congressional investigation into what took place that day. In December, she co-signed a letter calling for House Republicans to expel Representatives Liz Cheney of Wyoming and Adam Kinzinger of Illinois from their conference for joining the congressional committee investigating the attacks. Ms. Thomas and her co-authors said the investigation “brings disrespect to our country’s rule of law” and “legal harassment to private citizens who have done nothing wrong,” adding that they would begin “a nationwide movement to add citizens’ voices to this effort.”

Ms. Thomas sits on the nine-member board of CNP Action, a conservative group that helped advance the “Stop the Steal” movement that tried to keep Mr. Trump in office. The group instructed members to pressure Republican lawmakers into challenging the election results and appointing alternate slates of electors. The Times also reported that it circulated a newsletter in December 2020 that included a report targeting five swing states where Trump and his allies were pressing litigation, warning that time was running out for the courts to “declare the elections null and void.”

Ms. Thomas downplayed her role in the group in her latest comments.

“As a member of their 501(c)(4) board, candidly, I must admit that I do not attend many of those separate meetings, nor do I attend many of their phone calls they have,” she said. “At CNP, I have moderated a session here and there. I delivered some remarks there once too.”

She also said she “played no role with those who were planning and leading the Jan. 6 events.”

The work of the committee investigating the Jan. 6 attack continues. Last week, it laid out its theory for potential criminal charges against Mr. Trump, arguing before a federal judge that he and the conservative lawyer John C. Eastman, a friend of the Thomases and a former clerk of Justice Thomas, were involved in a conspiracy to perpetrate a fraud on the American public as part of a plan to overturn the 2020 election.