Ghislaine Maxwell juror likely to get immunity for testimony 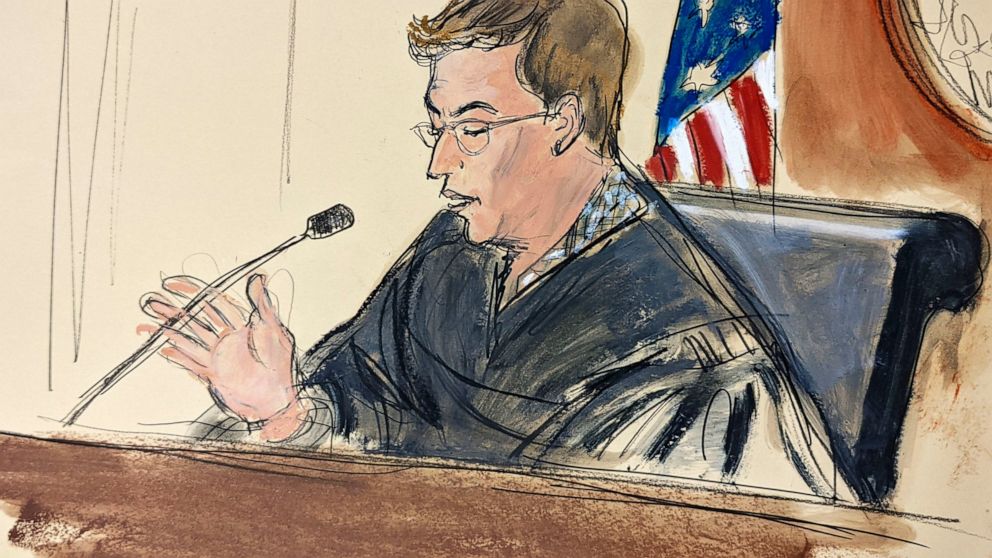 NEW YORK — A Ghislaine Maxwell trial juror whose post-verdict revelation that he had suffered child sex abuse has jeopardized Maxwell’s conviction may receive immunity to testify before the judge mulling whether the verdict will stand.

Prosecutors said in a submission to U.S. District Judge Alison J. Nathan on Wednesday that they were in the process of seeking approvals to offer immunity to the man to compel his testimony at a hearing next Tuesday. They said the immunity offer was considered after the juror’s lawyer told the judge that his client planned to invoke his Fifth Amendment privilege against self-incrimination at the hearing.

Maxwell, 60, remains behind bars after she was convicted of charges including sex trafficking and conspiracy at a monthlong trial that featured testimony from four women who testified about Maxwell’s role in the recruitment of teenage girls for financier Jeffrey Epstein to sexually abuse from 1994 to 2004. Epstein, 66, took his own life while he was awaiting trial in August 2019 in a Manhattan federal lockup.

As Maxwell awaits a June sentencing, her lawyers are seeking to have the verdict overturned on the grounds that the juror identified in court documents as “Juror No. 50” would never have been on the jury if he had accurately answered questions on a 50-point questionnaire filled out by prospective jurors in November.

Nathan said she plans to ask the juror about his answers to Question 48 and Question 25, which asked: “Have you, or any of your relatives or close friends, ever been a victim of a crime?” Juror No. 50 also checked the “No” box in response to that question.

The controversy arose in January when the juror told news outlets that he had disclosed to fellow jurors during a weeklong deliberation that he was a child sex abuse victim and convinced other jurors that a victim’s imperfect memory of sex abuse doesn’t mean it didn’t happen. The juror has said he flew through the questionnaire and didn’t remember being asked whether he was a sex abuse survivor.

Defense lawyers asked the judge to toss out the verdict based on the juror’s revelations and order a new trial. They said if she did not do so, she should question other jurors as well, especially after a second juror reportedly post-trial revealed a history of sex abuse. And they asked to explore Juror No. 50’s online and email communications.

But Nathan said last week she would limit the inquiry to her posing questions to Juror No. 50 about his answers to the two questions she deemed relevant.

The rest of the requests, she said, were “vexatious, intrusive, unjustified, and a fishing expedition.”