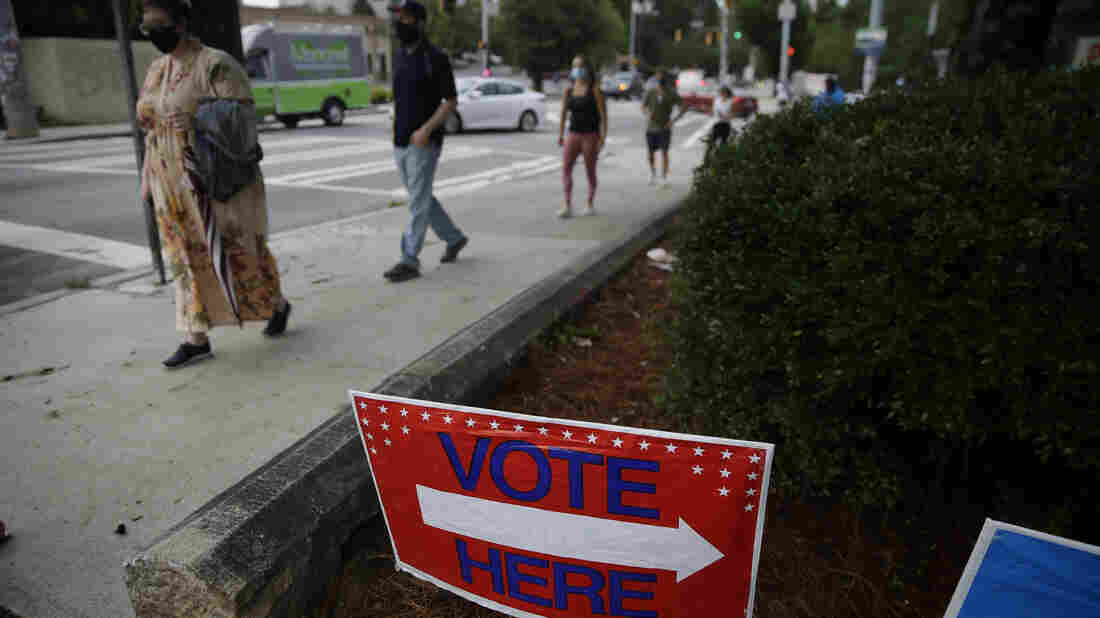 People wait in a line to vote in the Georgia’s primary election at Park Tavern on Tuesday, June 9, 2020, in Atlanta. Brynn Anderson/AP hide caption 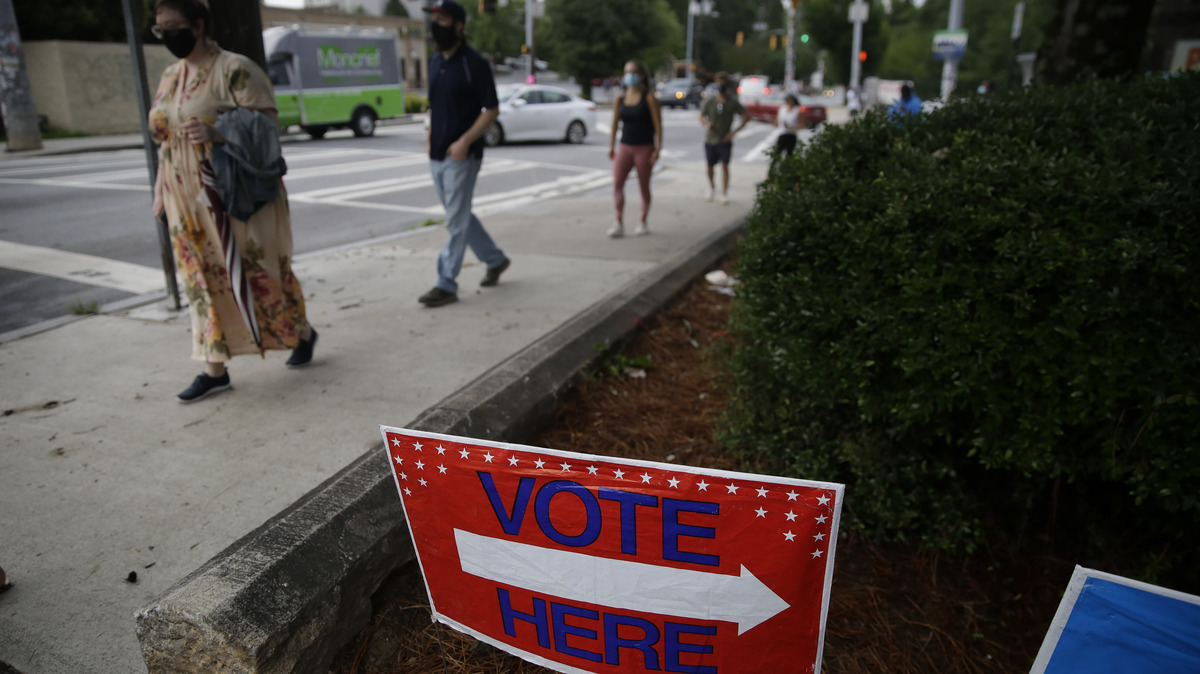 People wait in a line to vote in the Georgia’s primary election at Park Tavern on Tuesday, June 9, 2020, in Atlanta.

Georgia’s top election official sounded the alarm Tuesday because he said 1,000 people voted twice in the state’s elections so far this year — although when pressed, he acknowledged he didn’t know whether any of them did so intentionally.

Secretary of State Brad Raffensperger, a Republican, made the announcement in a press conference on Tuesday. He said the thousand voters turned in absentee ballots and then voted in person in the state’s June primary, but provided few details apart from that.

He said Georgia is in the midst of attempting to find out more about the cases.

“Every double voter will be investigated thoroughly,” Raffensperger said, threatening felony prosecutions. “A double voter knows exactly what they are doing.”

It’s not clear, however, that is actually the case. Raffensperger only mentioned one person his office knew of who deliberately went in person to a polling place for malign reasons after casting a ballot in the mail.

Making sure a vote gets counted

The number of voters in Georgia who used absentee ballots in the state’s primary increased exponentially over previous years as a result of the coronavirus pandemic. That included tens of thousands of people who have never before voted by mail.

Experts have said all year that increases in voting by mail expected as a result of the coronavirus disaster would contribute to more mistakes by voters.

“The way that [Raffensperger] is phrasing it makes it sound like [voters are] doing it maliciously,” said Tammy Patrick, a former Arizona election official and now a senior advisor for Democracy Fund. “I think that what they will find in their investigation is that voters were trying to make sure they cast a ballot that counted.”

Patrick recalled administering elections in Maricopa County, Ariz., where voters frequently mailed in ballots and then also showed up to vote in person. She often called them after the election to find out why.

The details in the Georgia situation weren’t clear.

Raffensperger was pressed by reporters about how he knew the voters were intentionally trying to vote twice, and not just making a mistake. Thousands of absentee ballots were rejected this year in Georgia, for instance, because they were received by election officials late.

“That’s why we do investigations,” Raffensperger said, while also mentioning a single instance of a Georgia voter who said he double voted to “prove a flaw in the system.”

Raffensperger added that the double votes did not sway any election results, and he promised that similar issues would not occur in November’s general election.

The announcement followed an earlier flap over double voting sparked by President Trump, who encouraged supporters in North Carolina to vote twice to “test the system,” then appeared to row back, then doubled down with more exhortations to follow a mail ballot with an in-person vote.

Trump has spent weeks sowing doubts about the coming election and focusing special criticism on voting by mail even though that’s how the president himself casts his ballot.

In Georgia, voters who request an absentee ballot but want to vote in person instead must sign an affidavit stating they have not voted absentee-by-mail already. Workers at polling sites are supposed to call the county elections office to verify if someone’s absentee ballot has already been received.

The secretary of state’s office said even if someone votes twice, Georgia’s voting system is designed to only count one vote from one person. Part of the state investigation will determine if county officials properly followed that procedure or if some of the double votes were not caught.

As for why a state’s chief election official would hold a press conference threatening felony prosecutions before completing any investigations — at a time when voters nationwide are confused by rapidly changing processes — Suffolk University political science professor Rachael Cobb said the logic was obvious.

“It sounds like another method of voter intimidation,” Cobb said. “Who wants to put themselves in jeopardy of being prosecuted for voting? In a time when there is a lot of confusion about how to vote, where to vote, when to vote … it is terrible to make this kind of blanket statement without providing any evidence whatsoever.”

University of Florida political science professor Michael McDonald also tweeted that “everyone should be deeply skeptical of allegations that jump the gun without careful investigation first.”

Voter fraud in which someone maliciously tries to cast more than one ballot happens at an “infinitesimally small” rate, Cobb said.

Mistakes and confusion are more frequent, albeit still at low levels. There are many reasons a voter could return a mail ballot and then also try to vote in person: either because they were scared it wouldn’t arrive in time, they wanted to change who they voted for, or they just forgot that they sent it in already.

If some of those votes were counted, Cobb said, that should be viewed as an administrative issue that needs to get fixed by the state of Georgia, not a voter conspiracy issue.

“[This] is sowing doubt in our election system,” she said. “And rather than taking the approach of, ‘Oh, my goodness, we have some things to get straightened up in our office before we go into the general election, it was, ‘OK, people, you’re on notice.'”

Because of the COVID-19 pandemic, Raffensperger and the State Election Board have made a number of changes to voting in Georgia, including the addition of secure 24/7 drop boxes for absentee ballots, allowing earlier processing of absentee ballots and creating a new online absentee portal for voters to request their ballots.

So far, at least 900,000 of Georgia’s 7.4 million voters have requested an absentee ballot for November.