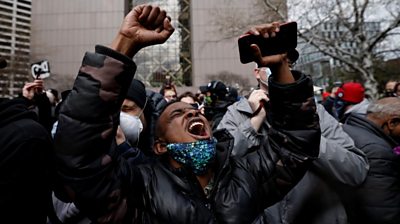 People gathered outside court in Minneapolis erupted in cheers upon hearing that Derek Chauvin had been found guilty of all charges over George Floyd’s death.

Chauvin was filmed with his knee on George Floyd’s neck last May, sparking global protests against racism.