Gender-Affirming Health Care Should Be a Right, Not a Crime 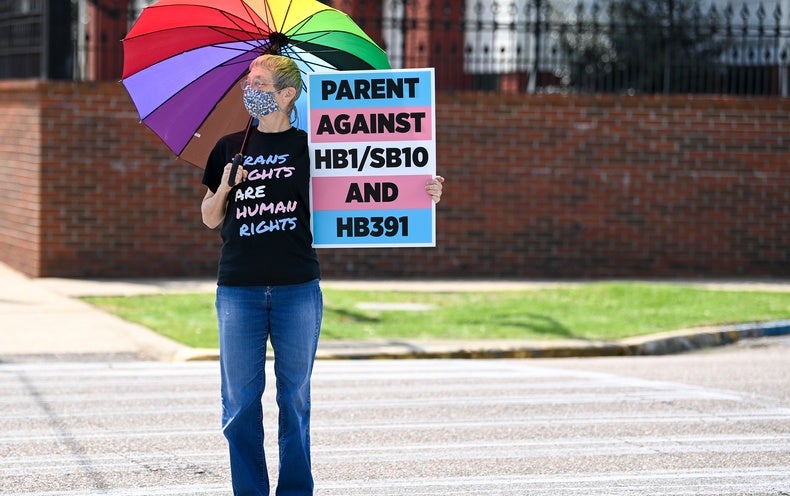 Editor’s Note (2/25/22): This week Texas Governor Greg Abbott ordered state agencies to investigate gender-affirming medical care for transgender youth as “child abuse.” This article from April 13, 2021, is being republished to highlight the ways that anti-trans legislation is unethical and out of sync with the recommendations from prominent medical groups.

In late March, the Arkansas State House and Senate voted to prohibit health care workers in the state from providing gender-affirming health care to transgender and other gender-diverse young people. While the decision was vetoed by the governor on April 5, the state legislature overrode that veto the next day. Meanwhile the Alabama State Senate approved a law in March to make it a felony for doctors to provide gender-affirming health care to transgender youth. And a bill proposed in North Carolina would outlaw gender-affirmative care for people younger than 21. Several other U.S. states are pursuing similar legislation, hot on the heels of a related decision in the U.K. that initially required a court order for transgender youth under age 16 to access this care (though that ruling has been partially reversed).

I’m a researcher who has been studying and working with transgender youth and their families for most of the past decade. As such, I often end up seated next to curious people with questions about trans youth at dinner parties or on planes. This is how I’ve discovered just how much misunderstanding and misinformation there is on this topic.

I often hear concern and criticism about the early ages at which people mistakenly believe young people are accessing irreversible surgeries and hormones. As outlined in guidelines from the Endocrine Society, no medical interventions occur before the onset of puberty. After that time, blockers—or, more technically, gonadotropin-releasing hormone (GnRH) agonists—are the first option available to young people. Importantly, some will not want or seek puberty blockers. For those who do, and who gain access to them, the impact of blockers is reversible.

As University of California, San Francisco, pediatric endocrinologist Stephen Rosenthal explained to me, four decades ago researchers thought puberty blockers would be helpful in treating infertility. In studies, though, investigators quickly realized that blockers did the opposite: they reduced or eliminated the possibility of conception, though that effect was entirely reversible. This discovery suggested they might instead be used to treat a range of other health conditions impacted by sex hormones, such as breast and prostate cancer and endometriosis.

In 1981 studies reporting the use of blockers in children appeared in the medical literature, but their use was unrelated to transgender health care. The children first accessing blockers had a condition called central precocious puberty, which, as the name implies, means they began puberty early—as early as preschool years. Doctors found they could put these young children on blockers, and the progression of their puberty would stop. They also observed that the blockers were reversible—meaning when a child stopped receiving blockers, their puberty began where it had left off. This earned blockers another nickname: some came to refer to them as a pubertal “pause button.”

Blockers would have been in common use for children with central precocious puberty when a 13-year-old transgender boy referred to as “B” was seen by health care professionals in the Netherlands in the late 1980s. As described in a 1998 case study, B had “wished to be a boy from early on.” Throughout childhood, while excelling in school, he struggled emotionally and was in and out of therapy. At age 12, the study authors wrote, B’s mom found a suicide note explaining “that [he] did not want to live any longer if [he] would enter puberty.” B was in increasing distress.

This was the point at which B’s medical team offered him the option of trying puberty blockers temporarily. These blockers would stop B’s body from moving through the pubertal process that would further feminize it—as they had for children with precocious puberty at much young ages—and would give him time to “explore gender issues for an extended period, without being pressured by any physical developments,” as the study put it.

B’s case became part of the scientific record when he came to a clinic for gender-affirming hormone treatment at age 16. The clinic’s team had long provided hormonal care to adults and older teens who were transgender and quickly realized that with blockers came the prospect that some of the physical changes that some transgender adults had found most distressing when they were teens could be avoided. Further, if a child later opted out of blockers, puberty would continue.

These days, most young people who are transgender and who start blockers, like B, decide to later use gender-affirming hormones, though others start blockers and then stop or opt out of hormones. Most who choose to use blockers show no regrets. Twenty-two years after he started on blockers, the medical team following B, at that point a 35-year-old medical student, indicated that he “would do it all over again. B was happy with his life.” A larger study of 70 transgender young people at the same Amsterdam clinic found improvements in overall mental health, depression and general functioning after the use of blockers. Several papers by other teams around the world have seen similar results, though other studies have not found significant changes or have had sample sizes that were too small for alterations to be detected.

Most researchers and clinicians will agree that, as with all health concerns, we would like larger, more comprehensive studies. Such investigations can provide recommendations about how to further refine treatment for those who seek it, maximizing benefits and minimizing potential risks.

Importantly, as Jules Gill-Peterson of the University of Pittsburgh points out in her book Histories of the Transgender Child, “the vast majority of [trans youth] lack access to competent, responsible, and affordable care in whatever form they might ideally ask for it.” These young trans people, including many individuals from lower-income backgrounds, people of color and homeless youth, lack the financial means, insurance or support of the adults around them—including medical staff—to receive the care they seek.

Therefore, even without laws specifically aimed at restricting access to transgender health care, barriers already exist for many trans youth. If lawmakers are interested in improving the health of young people, including transgender youth, as they often claim in these debates, a better use of their time might be to focus on improving access to high-quality medical health care for all rather than restricting it for some.