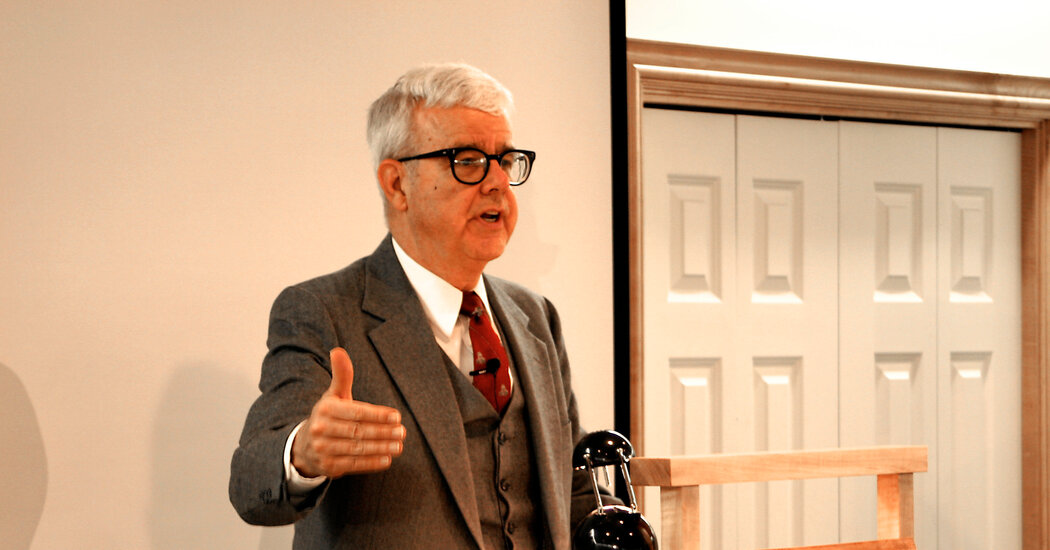 In an article titled “Invitation to a Stoning” in the libertarian magazine Reason in 1998, Walter Olson wrote that one effect of Mr. North’s extreme views was to “allow everyone else to feel moderate.”

He added, “Almost any anti-abortion stance seems nuanced when compared with Gary North’s advocacy of public execution not just for women who undergo abortions but for those who advised them to do so.”

But many others did, according to Mr. North’s website, which boasts, “No website for any evangelical news magazine, news site, theological seminary, church denomination, or publisher was even close” to his in popularity.

Mr. North was a meticulous researcher. In 1996, he published “Crossed Fingers,” a 1,000-page account of how theological liberals influenced the Presbyterian Church during the early 20th century.(The first 300 pages alone included 900 footnotes.) In 2012, fulfilling a mission he began in 1973, he completed a 31-volume economic commentary on the Bible.

While some of Mr. North’s strong views could be put down to matters of opinion or preference, his many critics said others were weakly held or downright wrong. His prediction, for instance, that a computer catastrophe at midnight on Dec. 31, 1999, popularly known as Y2K, would set the stage for the birth of a liberating Christian theocracy — “Y2K is our deliverance,” he declared — proved unfounded.