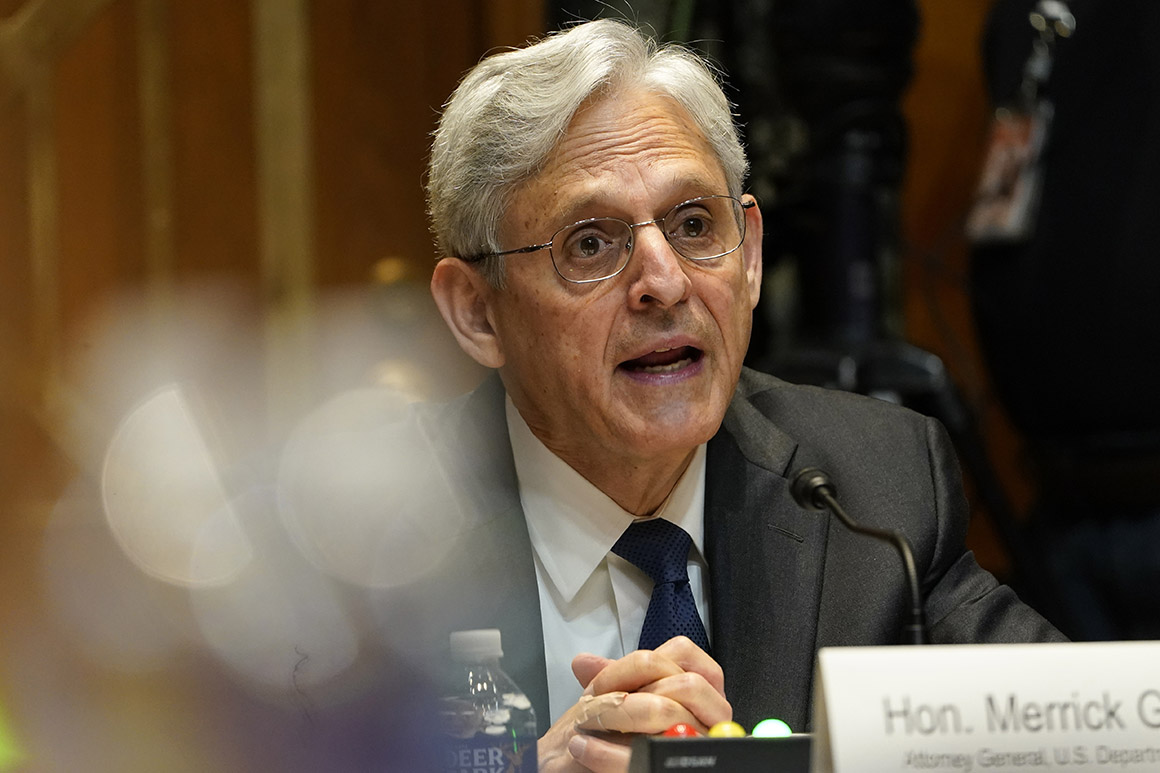 In recent weeks, many supporters of President Joe Biden have expressed surprise and disappointment at Justice Department decisions seeming to back actions by Trump or his allies. The moves include a brief on Monday continuing the government’s defense of Trump in a defamation lawsuit brought by a New York writer, E. Jean Carroll, who accused the then-real estate mogul of raping her in the 1990s in a Manhattan department store fitting room.

In the past week, the White House has issued statements on three occasions to distance itself and Biden from Justice Department decisions or legal filings.

Garland said the decisions to defend cases involving the prior administration were “not always easy.”

“Sometimes we have to make decisions about the law that we would never have made and that we strongly disagree with as a matter of policy,” he said.

Garland stressed that while the department was defending some actions by the Trump administration, it had also changed a series of policies since Biden appointees arrived earlier this year.

“We have reversed policies of the previous administration many times over the last three months,” the attorney general said. “We have initiated our own policies.”

Garland also spoke publicly Wednesday for the first time about one of those policy changes: a decision by Biden that federal investigators will no longer seek records from journalists as part of investigations into leaks of classified information.

“This is a very important issue. The president has made clear his views about the First Amendment and it coincides with mine,” the attorney general said. “Going forward, we have adopted a policy most protective of journalists being able to do their jobs in history. … That is going to be our policy.”

Garland asserted that each recent administration added new protections for journalists, although there is no indication the Trump administration did so. The attorney general addressed the issue in response to a question from Sen. Jeanne Shaheen (D-N.H.), who noted that reporters for several news organizations were notified in recent weeks that their phone and email information was sought, and in some cases obtained, during leak probes.

Despite the sweeping nature of the new policy, Garland declined to criticize the past moves, many of which were authorized by attorneys still working in senior positions at the Justice Department.

Separately, Garland expressed grave concern about the string of recent ransomware attacks, including one that led to the partial shutdown of the major Colonial Pipeline last month, prompting gasoline shortages on the East Coast.

“This is getting worse and worse. We have to do everything we possibly can here. This is a very, very serious threat,” the attorney general said of takeovers of computer systems by hackers demanding money. “You can imagine what could happen if we had multiple attacks at the same time on even more fundamental infrastructure. … So, I’m very worried about it.”

Garland touted the Justice Department’s success in responding to the Colonial Pipeline attack by seizing more than half the $4.4 million ransom the company paid to regain access to its computers, but he said that should not suggest to anyone that the problem is under control.

“One significant success is not going to be enough,” he said.