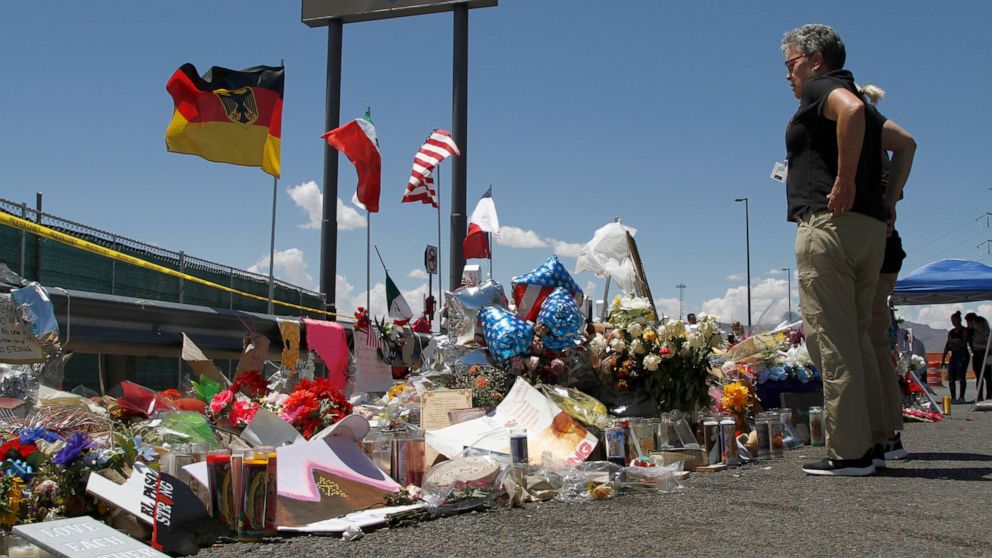 Officials in the border city of El Paso are unveiling a garden meant to bring healing two years after a gunman targeting Latinos opened fire at a Walmart, killing 23 people in an attack that stunned the U.S. and Mexico

EL PASO, Texas — Officials in the border city of El Paso will unveil a garden Tuesday that is meant to bring healing two years after a gunman targeting Latinos opened fire at a Walmart, killing 23 people in an attack that stunned the U.S. and Mexico.

Much like the first anniversary of the shooting, many of the events honoring those slain will again be affected by precautions for the coronavirus pandemic. The dedication of the healing garden — in a county park space dedicated to quiet reflection among water and plants — will be closed to the public. Victims’ families and officials will take part in the ceremony, which will be livestreamed.

Another socially distanced observance will include a luminaria drive-through. Luminarias are traditional lanterns made from paper bags, sand, and candles or LED lights.

President Joe Biden marked the occasion on social media Tuesday with a message to “the families of the 23 souls lost two years ago today in El Paso.

“Today is a somber reminder of the unfinished work to heal the soul of this nation — we must join together and stand united against hate and violence,” Biden said.

In another statement, Gov. Greg Abbott said: “Today, and every day, we remember and honor the lives of those cut short that day. And we strive each and every day to create a safer and brighter future for all in the Lone Star State.”

The Aug. 3, 2019, shooting happened on a busy, weekend day at a Walmart that is typically popular with shoppers from Mexico and the U.S.

Authorities say Patrick Crusius — charged with capital murder under Texas law and hate crimes and gun laws at the federal level — confessed to driving more than 600 miles (966 kilometers) to El Paso from his home near Dallas to target Mexicans. Just before the attack, authorities said, he posted a racist screed online. He has pleaded not guilty, and his defense lawyers have said he has severe “mental disabilities.”

In addition to those who died, more than two dozen were injured. Many were citizens of Mexico. El Paso is a largely Hispanic city that forms an international metro area with Ciudad Juarez with more than 2 million people. On the U.S. side, suburbs stretch into New Mexico.

The weekend of the shooting in El Paso was shockingly violent in the United States. Hours after the killings in Texas, another shooter killed nine people in a popular nightlife area in Dayton, Ohio.