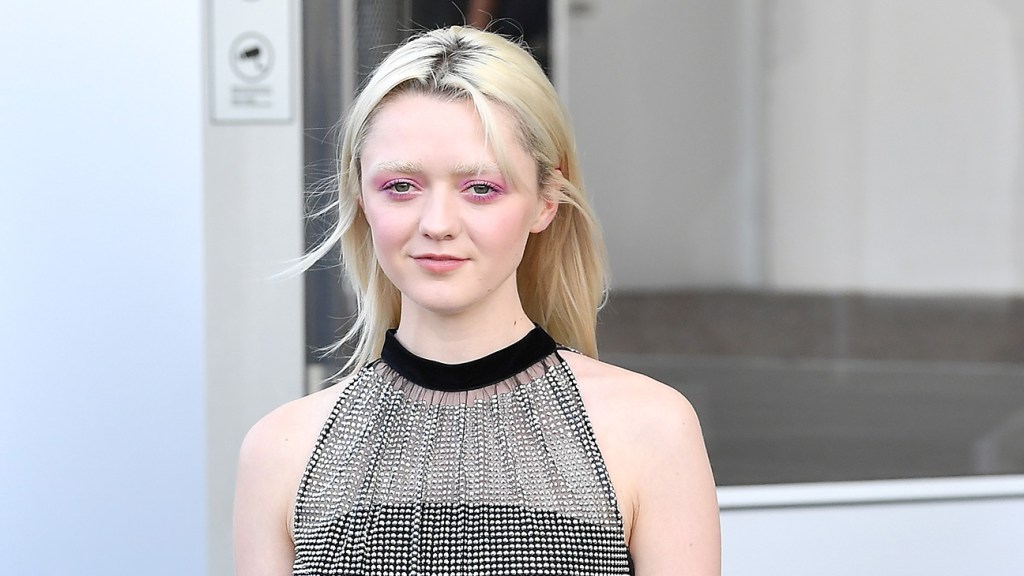 Maisie Williams is sharing her feelings about playing Arya Stark on HBO’s Game of Thrones, a role and series that the English actress was cast in at the age of twelve. As the show ran for eight seasons, Williams essentially grew up on television and experienced some coming-of-age moments on set, which contributed to complicated feelings about the character.

In an interview with British GQ published Tuesday, the now 24-year-old actress recalled being handed a bra in the costume department for the first time, and how that was somewhat in misalignment with the tomboyish and athletic character that GoT audiences had become so familiar with over the years.

“I think that when I started becoming a woman, I resented Arya because I couldn’t express who I was becoming,” she tells the outlet. “And then I also resented my body, because it wasn’t aligned with the piece of me that the world celebrated.”

During her tenure on the series, Williams was nominated for two Primetime Emmys for her performance. Fellow actors including Peter Dinklage, Emilia Clarke, Sophie Turner, Lena Headey and Kit Harington were also among those recognized, while the show picked up numerous accolades.

Asked what she misses about the show, Williams responds: “Can I say none of it?” The actress clarifies that, although she “loved” her time on the fantasy series, she does not wish to explicitly miss that period of her young life.

“I don’t think it’s healthy [to miss it], because I loved it,” she says. “I look at it so fondly, and I look at it with such pride. But why would I want to make myself feel sad about the greatest thing that ever happened to me? I don’t want to associate that with feelings of pain.”

Williams did, however, reprise the role of Arya for the Warner Bros. produced video game MultiVersus — but it was in voice only. “I’m not saying it would never happen,” Williams tells GQ, in response to whether she would play the character again on screen. “It has to be the right time and the right people.”

Since Game of Thrones ended, Williams has had a number of roles in other shows including the dramedy Two Weeks to Live, animated adventure series Gen: Lock and biographical series Pistol, which tells the story of Sex Pistols guitarist Steve Jones.

In the GQ interview, Williams likened the Game of Thrones aftermath to “being born again” and shared with the outlet that now is the time to embrace new characters. “I was rejecting a lot of the pieces of me and my image that I’d been so well known for,” she says, in reference to having made small changes to her appearance. “I think that sometimes other people need a helping hand to see that you’re a different person.”