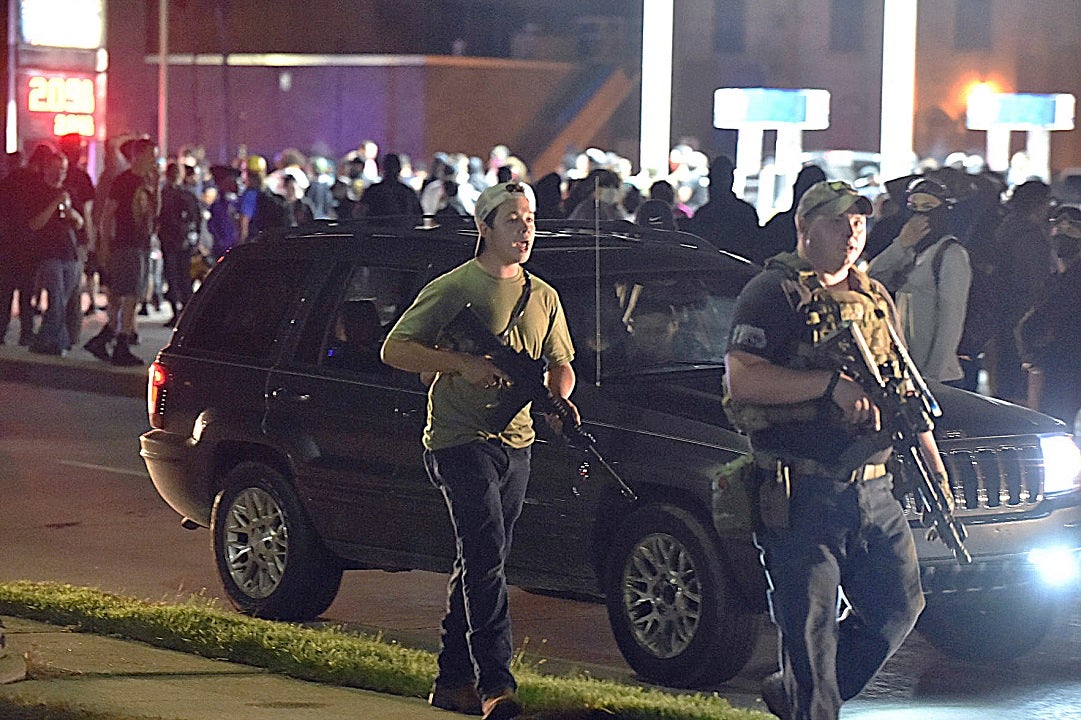 Rittenhouse has been charged as an adult with two counts of first-degree homicide and one count of attempted homicide, for incidents that occurred during protests sparked by the police shooting of a Black man, Jacob Blake, on Aug. 23.

A campaign hosted on GiveSendGo, a crowdfunding website that identifies as a source “by Christians for Christians,” had raised more than $187,000 to assist with his legal fees as of Saturday evening.

“Kyle Rittenhouse just defended himself from a brutal attack by multiple members of the far-leftist group ANTIFA – the experience was undoubtedly a brutal one, as he was forced to take two lives to defend his own,” the site said.

Rittenhouse is from Antioch, Ill., about 20 miles from Kenosha. There is no evidence Antifa was involved in the shootings.

An autopsy found that the first victim Joseph Rosenbaum, 36, was shot five times in the right groin, back, left hand, left thigh and right side of his forehead, according to the criminal complaint.

Anthony Huber, 29, died after being shot in the chest. The wound perforated his heart, aorta, pulmonary artery and right lung, according to the complaint.

A third victim, Gaige Grosskreutz, was wounded in one of his arms.

Rittenhouse’s attorneys released a statement Friday claiming the shootings were acts of self-defense.

“Half of all funds collected this semester for Republicans United will be donated to 17-year-old Kyle Rittenhouse legal defense fund,” the group wrote in a tweet. “He does not deserve to have his entire life destroyed because of the actions of violent anarchists during a lawless riot.”

The criminal complaint does not say that Grosskreutz was armed, as the post suggests.

A pro-Second Amendment advocacy group, the National Association for Gun Rights, announced its fundraising initiative the day Rittenhouse was charged.

The group described Rittenhouse as a peaceful protester, lawfully armed, who was chased by “an angry mob of rioters, and tackled to the ground.”

“We fully support law-abiding citizens and their right to defend themselves from violent Antifa thugs,” Dudley Brown, the group’s executive director, said in a statement.

“Kyle was doing his best to protect business owners from losing their entire livelihoods when criminal actors instigated violence against him,” Brown said. “Unfortunately for them, Kyle was armed with an AR-15 and their rocks, skateboards, and handguns stood no chance against his well-placed shots.”

Fox News could not confirm that the victims allegedly shot by Rittenhouse were affiliated with Antifa.

Rittenhouse also was charged with a misdemeanor count for possession of a dangerous weapon under the age of 18.