Friends With Benefits Social Club Runs On Crypto and Vibes 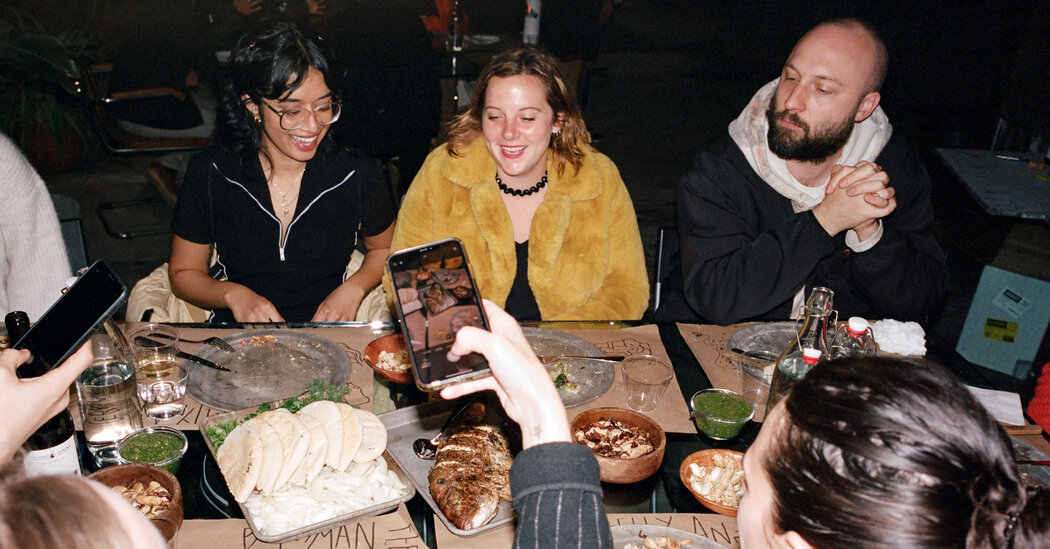 Members with at least one $FWB token (current price: about $45) can read the group’s newsletter and blog posts. Local membership, which requires holding at least five tokens, comes with limited access to the group’s chat rooms on Discord, a talking and texting app, as well as entry to offline events. Global membership costs 75 $FWB — roughly $3,400 today — and includes access to all Discord chat rooms. (Friends With Benefits lent a Times reporter five $FWB tokens in order to view the Discord chats; those tokens have been returned, and the reporter does not have a stake in the organization.)

The group has chapters in New York, Los Angeles and London, but its real headquarters is its Discord server, where members swap outfit-of-the-day photos on the #selfies-n-fits channel, share financial advice on #trading-stonks and #taxes, and debate new proposals for community governance, such as a recent proposal to spend $20,000 from the group’s treasury to develop a members-only subscription coffee service. (As with most DAOs, major group decisions are voted on by token holders and recorded permanently on the Ethereum blockchain.)

Culturally, the membership skews less “Lamborghini-driving Bitcoin bros” and more “D.J.s from Williamsburg who dabble in Ethereum on the weekend.” In a recent orientation session, new members introduced themselves: an intellectual-property lawyer, a poet-slash-investor, a brand strategist for Nike, a handful of musicians and software engineers.

“We’re kind of the anti-crypto crypto club,” Raihan Anwar, a founder of Friends With Benefits, told the newbies.

Being organized as a DAO, rather than a traditional corporation, has advantages. The group can easily take stakes in members’ projects, or reward them with $FWB tokens for contributing useful work. Members can leave anytime by selling their tokens. And if the price of $FWB rises, every member stands to benefit.

But attaching a community to a volatile crypto token has risks. Last year, a service that Friends With Benefits used to create its tokens was hacked. $FWB’s value plunged 99 percent. The community voted to issue a replacement token and avoided a total collapse. Still, $FWB tokens now trade at around $50, roughly 75 percent lower than their peak.