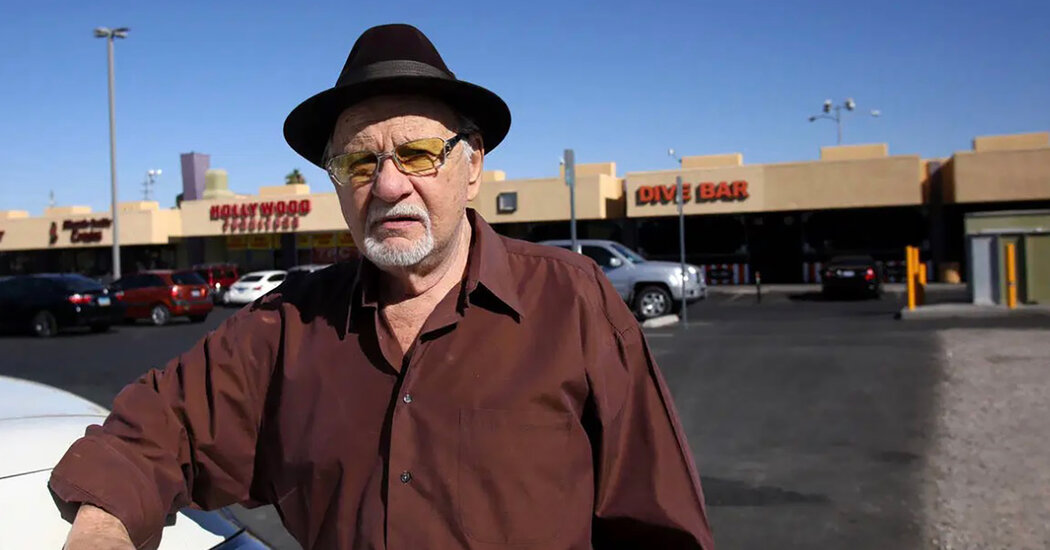 Frank Cullotta, a mobster who was granted immunity for his testimony and spoke openly about organized crime in court and later on his own YouTube show, died on Thursday in a hospital in Las Vegas. He was 81.

His longtime friend Adam Flowers said the cause was Covid-19 and underlying conditions.

Though he made his name as a criminal, Mr. Cullotta found a second calling later in life, giving mob history tours in Las Vegas and running his YouTube show, “Coffee with Cullotta,” about the inner workings of organized crime.

Frank John Cullotta was born on Dec. 14, 1938, in Chicago to Josephine (Montedore) and Joseph Raymond Cullotta, who drove getaway cars for the Outfit, the Chicago-based crime syndicate.

Frank dropped out of Steinmetz College Prep in the ninth grade and began committing crimes with his friend Anthony Spilotro, who would grow up to become a prominent reputed mobster and Chicago representative in Las Vegas.

Mr. Cullotta was convicted of burglary in 1968 and sent to prison; he was released in 1974.

He moved to Las Vegas in 1979 and took part in a burglary ring called the Hole in the Wall Gang because the members often broke into homes and buildings by drilling through walls and ceilings.

Mr. Cullotta was caught again on July 4, 1981, while attempting to burglarize a jewelry store. The next year he was approached by the F.B.I. to testify against Mr. Spilotro, who was recorded telling someone about “cleaning their dirty laundry.” Mr. Cullotta believed that to be a reference to having him killed.

Mr. Cullotta agreed to help the F.B.I., and testified that he had been following Mr. Spilotro’s orders when he killed Sherwin Lister. Mr. Spilotro, he said, believed Mr. Lister had agreed to cooperate with the government in a case against him.

Mr. Cullotta was granted immunity for his previously uncharged crimes, but sentenced to 10 years in prison (which was later reduced to eight years). He was paroled in 1984 and entered the witness protection program.

In his 2007 memoir “Cullotta: The Life of a Chicago Criminal, Las Vegas Mobster, and Government Witness,” he wrote that he had been involved in four murders, 20 arsons, and more than 500 robberies and burglaries.

“I think that Frank saw his worst acts of crime — the murders he committed — in a similar way that soldiers in the army see their duty,” Geoff Schumacher, the vice president of exhibits and programs for the Mob Museum in Las Vegas, said in a phone interview.

“That said, he was very careful about his remorse,” Mr. Schumacher added. “He didn’t go out of his way to apologize.”

Later in life, Mr. Cullotta returned to Las Vegas and began giving tours at the Mob Museum. After his first memoir, he wrote two more with the true crime author Dennis N. Griffin.

He was a consultant on Martin Scorsese’s 1995 movie “Casino,” which was loosely based on Mr. Spilotro’s career in Las Vegas, and had a cameo as a hit man.

Around 1980, he married Elaine Costanza. She survives him, as does a daughter from his first marriage, Angela Russo; a stepdaughter with Ms. Constanza, Kim; and his brother, Joseph.

In a 2017 interview with The Daily Beast, Mr. Cullotta said he didn’t always find it easy to live a typical lifestyle.

“It’s difficult to be legit, and I am legit,” he said. “But I’m always having to fight the system for some reason. It seems like nobody wants me to be legit.”

As Trump Rages, Voters in a Key County Move On: ‘I’m Not Sweating It’