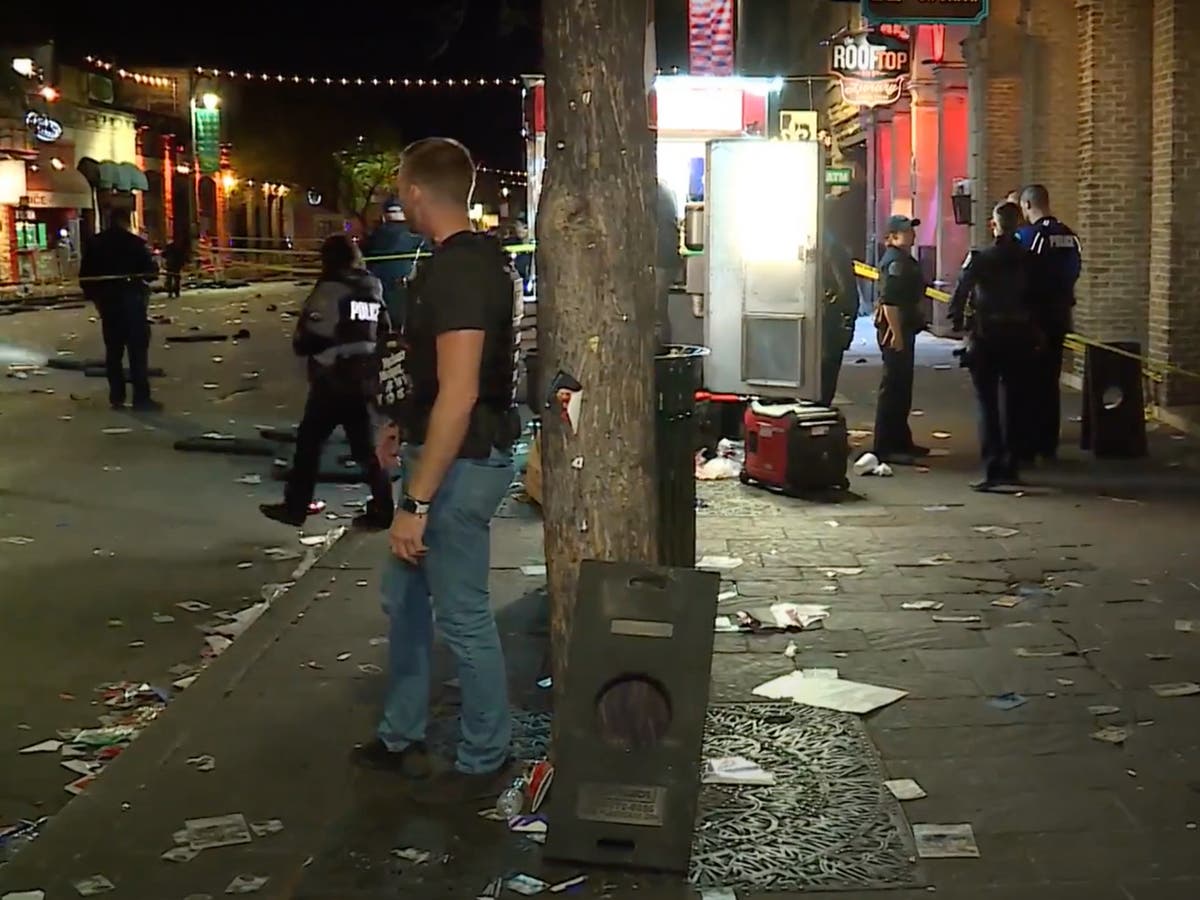 A gunman opened fire and left four people injured in Austin, Texas in the early hours of Sunday as the city hosted its first South by Southwest (SXSW) Festival since the pandemic.

The shooting took place about 2.50am near the Alamo Ritz theatre, a venue for this year’s festival, which closes on Sunday.

The incident at East 6th St and Neches St occurred in a busy downtown area packed with bars and restaurants.

The four people injured were taken to a nearby hospital by emergency responders. Their injuries were not thought to be life threatening.

Police secured the area around East 6th St and Neches St and warned members of the public to avoid the scene while the suspect was initially on the run.

The suspect, who was believed to be alone, was arrested by police around two hours after the shooting. The shooter’s identity has not yet been released.

SXSW is a popular event which attracts tens of thousands of people. It made its return to Austin this year after a two-year absence due to the Covid pandemic.

The festival combines arts and entertainment with film, talks and music from both up-and-coming artists and well-known acts. It was first established in Austin in 1987.

On Saturday, singers Shawn Mendes and Sebastián Yatra performed at the event, while country star Dolly Parton made her first SXSW appearance on Friday.

Austin’s police department had promised to ensure higher levels of security for the festival after multiple shootings occurred during its final weekend three years ago.

Five people were taken to hospital after shootings in 2019. Austin police chief Brian Manley called it an “unacceptable” level of violence.

Police have asked for anyone with information about Sunday’s shooting to come forward.

In a statement to The Independent, the Austin Police Department said: “Officers were on patrol in the 400 block of East 6th street near Toulouse Bar when they heard several gunshots coming from that area. An individual related to the shooting is in custody. “During our preliminary investigation we discovered the shooting started as a disturbance between two groups of people. Due to the ongoing investigation, we are not releasing the name of the person arrested. Officers believe this was not a random act and there’s no danger to the public.

“We will release more information as it becomes available.”

This article has been updated