Fossil of Vampire Squid’s Oldest Ancestor Is Named for Biden 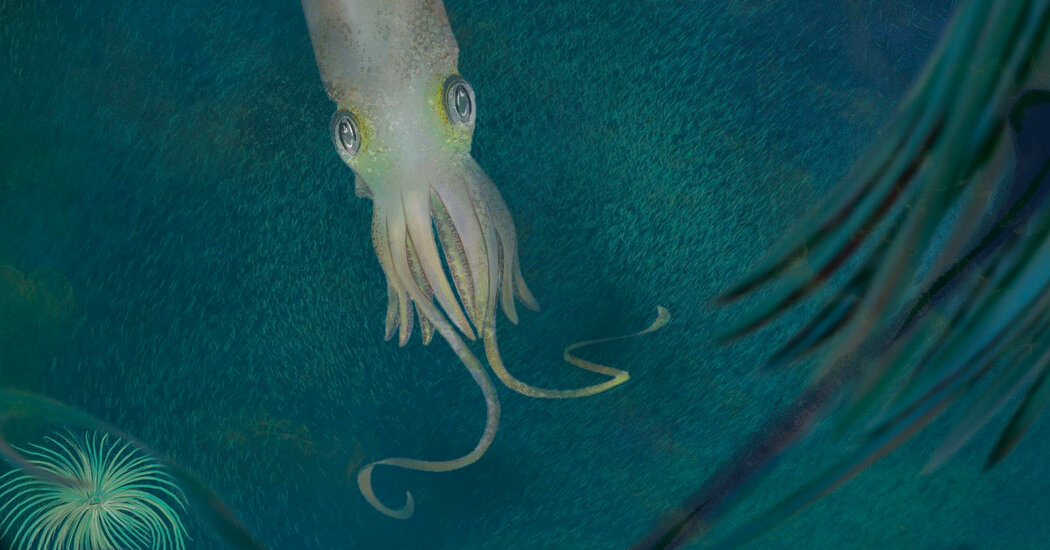 The new paper relies heavily on visual methods of analysis, and these questions could be resolved with chemical analyses, said Dr. Clements, who was not involved with the research. “With a full suite of techniques, we would definitely have more clues or a lot more answers,” he said, noting that these techniques can be expensive.

When Dr. Whalen first examined the fossil, he looked for the phragmocone, a chambered shell characteristic of most fossil cephalopods that helps them control buoyancy. A nautilus’s phragmocone is its coiled shell; a cuttlefish’s is its cuttlebone. The fossilized chambers of a phragmocone are divided by mineralized sheets, which are very distinctive and generally well-preserved, Dr. Whalen said.

The fossil of G. beargulchensis, which is held at the American Museum of Natural History, preserves these distinct sheets, Dr. Whalen said. Because that fossil and S. bideni were preserved at the same site and in the same environment, both should have preserved lines, the authors argue. But S. bideni had no trace of these lines, suggesting the creature never had an inner chambered shell.

Dr. Whalen also expected to see evidence of a primordial rostrum, a mineralized counterweight to ensure early cephalopods could swim horizontally. But the fossil of S. bideni had no rostrum, suggesting “it was never there to begin with,” Dr. Whalen said.

Instead, the researchers’ analysis found that S. bideni’s inner shell is a gladius, a triangular shell-like remnant found in squids and vampire squids. “It’s really not something that anyone expected to see in an animal this old,” Dr. Whalen said. “We knew we were looking at an early vampyropod.”

Dr. Klug disputed this conclusion, suggesting the shell is instead a deformed phragmocone and body chamber of G. beargulchensis, the known cephalopod.