For the R.N.C., a convention with some in-person elements is a priority. 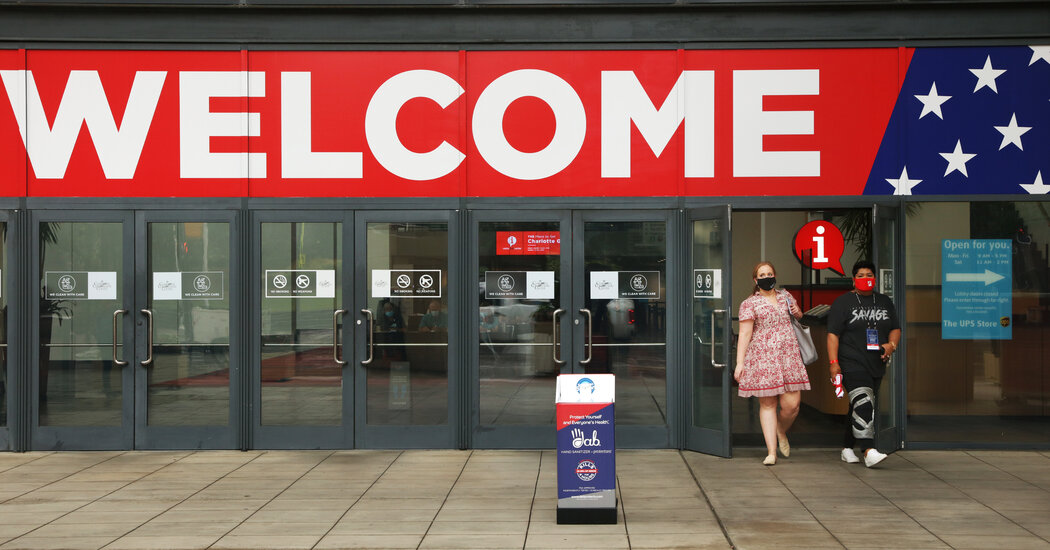 The Republican convention that is unfolding as delegates gather in Charlotte this weekend is nothing like anyone envisioned more than two years ago, when the city was selected to host a raucous gathering to renominate President Trump. There were going to be parties and after-parties, and the city expected $200 million of economic impact.

But despite the pandemic’s upending the carefully laid plans of both parties, there is, against all odds, still a convention in town. It is modest, and contained to a coronavirus-tested bubble inside the Westin hotel and the Charlotte Convention Center down the street. It is not what Americans will see next week, when the Republicans stage a prime-time program on television. Mr. Trump will deliver his renomination speech from the White House.

But keeping in place at least a piece of an in-person convention, in the original host city, has been a priority for the Republican National Committee, both symbolically and procedurally. An in-person roll call on Monday, which will formally renominate Mr. Trump from inside the convention center, was seen as a statement of where the party stands on lockdowns. The president and Vice President Mike Pence are expected to attend.

Even the scaled-back event has been tricky to pull off. The delegates participating were required to take at-home tests before arriving, and they were to be tested daily once they were in town. They are required to wear masks at all times, even outdoors. The R.N.C. has spent half a million dollars on tests and safety measures, according to officials, and has drafted a 42-page health plan, but it still had to get an exemption from the state to host a large indoor gathering of out-of-towners.