For Pregnant Women, a Push to Head Off Depression Before It Starts 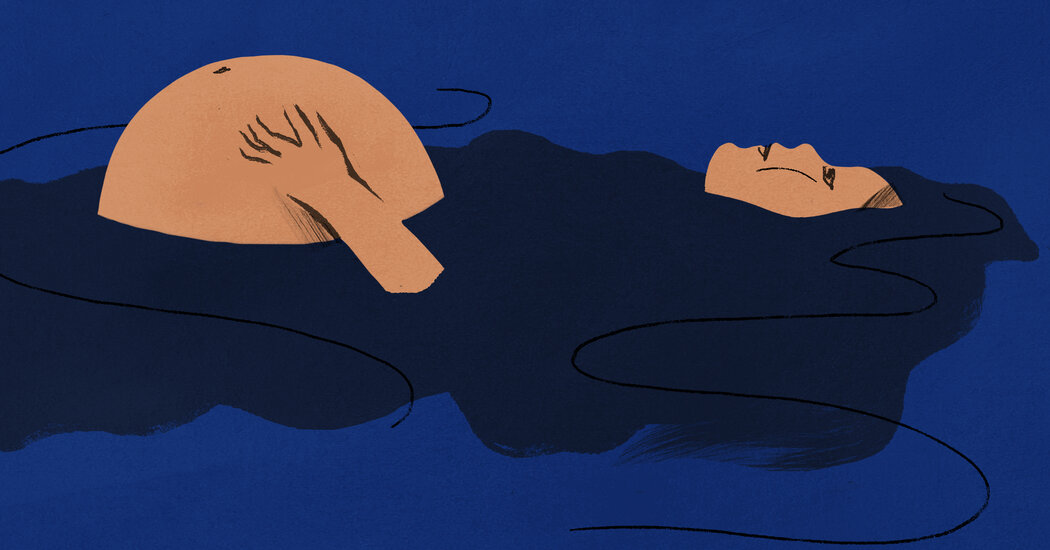 “To this day, I come across physicians and ob-gyns who say, ‘Well, she doesn’t look depressed.’”

— Dr. Tiffany Moore Simas, chair of the department of obstetrics and gynecology at University of Massachusetts Medical School

In Her Words is available as a newsletter. Sign up here to get it delivered to your inbox.

Over the course of her pregnancy, a woman receiving medical care in the United States can expect to be stuck with needles and prodded with ultrasound wands, to be asked to pee in countless cups and to gamely submit to any testing, measuring, monitoring or poking that might yield data on her body or the fetus.

When it comes to mental health, however, the medical care juggernaut comes to a screeching halt. In the United States, many expectant mothers get little more than a checklist of questions about their current mood or a cursory discussion with their provider.

The result is that emerging mental health problems often go unaddressed. Roughly one in seven women in the United States develop postpartum depression after delivering a child; an estimated 25 percent of those cases emerge during the pregnancy itself.

And when mothers have depression, their children can be affected too.

“There is a good bit of data showing that when women experience significant stress, depression and/or anxiety during pregnancy, their children are at greater risk for neurodevelopmental and mental health problems,” says Dr. Catherine Monk, a professor of medical psychology at Columbia University and Director of the Women’s Mental Health @Ob/Gyn service at NewYork-Presbyterian/Columbia University Irving Medical Center.

Dr. Monk stressed that a majority of infants aren’t affected by maternal stress in pregnancy, and that maternal mental health is only one of many factors that influence fetal and infant development. But as with all preventive care, addressing maternal depression early can save a great deal of pain down the line.

Clinical depression is a medical condition that causes needless suffering, can alter a mother’s ability to respond to her baby’s needs and may prove fatal in severe cases. It’s a health problem that responds to treatment, from counseling and skills training to medication.

Despite the fact that mental health conditions are among the most common postpartum complications, generations of obstetricians received little to no formal training in how to identify or address them, said Dr. Tiffany Moore Simas, chair of the department of obstetrics and gynecology at University of Massachusetts Medical School in Worcester.

That’s improved in the past five years, but there’s still a long way to go. “To this day, I come across physicians and ob-gyns who say, ‘Well, she doesn’t look depressed’” as justification for not screening a patient for mental health issues, Dr. Moore Simas said. “For many years, women have fallen through the cracks.”

The 10 to 15 percent of women who exhibit symptoms of full-blown clinical depression during pregnancy often get treatment for it. It’s the additional 25 to 40 percent of women who have risk factors for depression, like stress at home or prior mental health issues, or who show signs of depressive behavior that doesn’t rise to the level of a full diagnosis, who tend to be overlooked.

For women with access to it, therapy is effective. But it’s expensive, and there simply aren’t enough trained therapists in the United States to provide one-on-one services to every pregnant woman who might need them. However, a 2019 report from the U.S. Preventive Services Task Force, pointed to two alternatives that offer measurable benefits to women at significantly less cost and which, under the Affordable Care Act, insurers must cover without requiring co-payments.

The first is a five-session program called “Reach Out, Stay Strong, Essentials for Mothers of Newborns,” or the ROSE Program. Developed by researchers at Michigan State and Brown universities, the ROSE Program trains expectant mothers in group classes on how roles and relationships change postpartum, and teaches assertiveness skills so expectant mothers can ask for the support that they need. It’s currently in place at dozens of prenatal clinics across the country that provide health care for low-income women.

The second is the Mothers and Babies Program, an online or in-person course derived from cognitive behavioral therapy that teaches expectant and new mothers how to identify harmful thoughts, cultivate support networks and seek out healthy mood-boosting activities.

Developed in the early 2000s by psychologists at the University of California, San Francisco, the program is now available in more than 20 American states and has been piloted in Kenya and Tanzania as well. Its organizers “like to think of Mothers and Babies as having a two-generation impact that improves the health and well-being of both mother and child,” said Darius Tandon, an associate professor and director of the Mothers and Babies Program at Northwestern University Feinberg School of Medicine in Chicago.

Women who go through the course experience less stress and depression after childbirth, according to Dr. Tandon, and their children benefit from more responsive parenting and have better development outcomes.

When compared with a control group, both programs significantly reduced postpartum depression for participants. What those figures represent in real life are thousands of women whose children’s first months and years are not clouded by the pain of depression; who avoid the risk of suicide or self-harm; and who bond with their babies without depression’s warping interference.

Ricardo F. Muñoz, a clinical psychology professor at Palo Alto University in California and one of the original architects of the Mothers and Babies Program, has been working on depression prevention for the past 50 years. No opportunity excites him more than pregnancy intervention, where the work can benefit two generations at once.

“We know these things can work,” Dr. Muñoz said. “They don’t work 100 percent, but they reduce risk significantly. If we can do that for depression, we should be doing it.”

If you are having thoughts of suicide, call the National Suicide Prevention Lifeline at 1-800-273-8255 (TALK) or go to SpeakingOfSuicide.com/resources for a list of additional resources.