For Murkowski, the decision to support Jackson came amid a fraught political campaign. 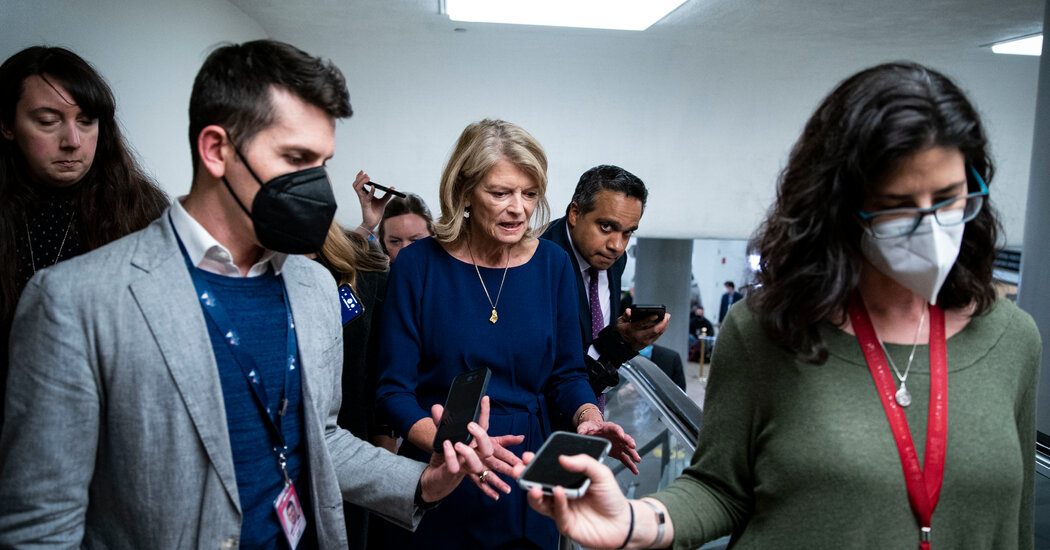 Senator Lisa Murkowski, Republican of Alaska, one of three Republicans who voted to support Judge Ketanji Brown Jackson’s confirmation to the Supreme Court, found herself in a unique political position as she deliberated over the nomination.

A moderate known for her willingness to break with her party, Ms. Murkowski is facing a difficult re-election contest in conservative-leaning Alaska, where her vote last year to convict former President Donald J. Trump in his second impeachment trial has made her vulnerable to a challenge from the right. Kelly Tshibaka, a Trump-endorsed rival, is eager to paint her as a Washington insider interested in catering to her Democratic friends rather than the people of her state.

A vote against Judge Jackson could have blunted such attacks, appealing to conservatives who might otherwise have been alienated by Ms. Murkowski’s breaks with Mr. Trump and the Republican Party.

But Ms. Murkowski, now in her third term as a senator, has a record of being unpredictable when it comes to her votes on Supreme Court confirmations, and had a decent political rationale to support Judge Jackson’s.

A vote to confirm President Biden’s nominee could potentially help Ms. Murkowski win over centrist Republicans, independents and Democrats who could vote for her in Alaska’s new open primary system, and make up for those on the right who have abandoned her because of her frequent defections from the party line, and from Mr. Trump.

Ms. Murkowski has no challenger on her left, leaving little political price to be paid for a vote against Judge Jackson’s confirmation.

After keeping reporters, her colleagues and the White House guessing for days about how she would vote, Ms. Murkowski ultimately said she would support Judge Jackson, in part, she said, to reject “the corrosive politicization of the review process for Supreme Court nominees, which, on both sides of the aisle, is growing worse and more detached from reality by the year.”

In a statement announcing her support, she also praised the judge’s “qualifications, which no one questions; her demonstrated judicial independence; her demeanor and temperament; and the important perspective she would bring to the court” in replacing Justice Stephen G. Breyer.

Throughout the process, her advisers insisted that politics played no role in her thinking and that she simply reviewed the Judge’s record and qualifications to make her decision.