For conservatives, Barrett checks all the boxes. 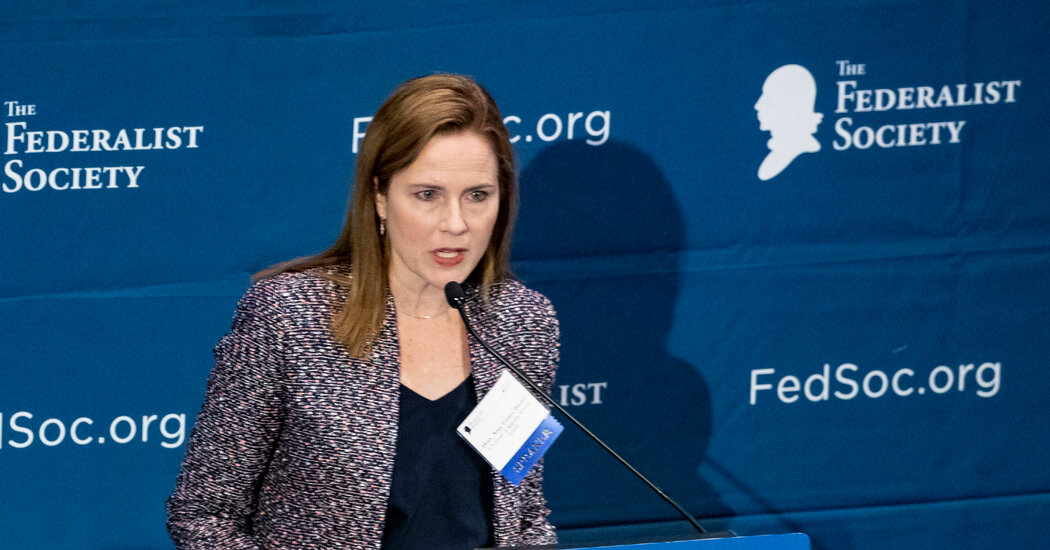 Two years ago, after nominating Brett M. Kavanaugh to the Supreme Court, President Trump strongly hinted that his choice for the next opening would be a former law professor he had named to a federal appeals court the year before: Judge Amy Coney Barrett.

Now, three years into that job, Judge Barrett has been chosen by Mr. Trump to replace Justice Ruth Bader Ginsburg, who died on Sept. 18. If Judge Barrett were confirmed, she would be the sitting justice with the least courtroom experience, but one viewed as a home run by conservative Christians and anti-abortion activists.

“She is the perfect combination of brilliant jurist and a woman who brings the argument to the court that is potentially the contrary to the views of the sitting women justices,” said Marjorie Dannenfelser, the president of the Susan B. Anthony List, an anti-abortion political group, who has praised Mr. Trump’s entire shortlist.

The nomination of a judge whom Mr. Trump was quoted last year as saying he was “saving” for Justice Ginsburg’s replacement would almost surely plunge the nation into a bitter and divisive debate over the future of abortion rights, made even more pointed because Judge Barrett would replace a justice who was an unequivocal supporter of those rights. That is a debate that Mr. Trump has not shied away from as president, as his judicial appointments and efforts to court conservatives have repeatedly shown.

Liberal groups have been sounding the alarm over Judge Barrett for two years because of concerns over how she might rule on abortion and the Affordable Care Act.

“Amy Coney Barrett meets Donald Trump’s two main litmus tests: She has made clear she would invalidate the A.C.A. and take health care away from millions of people and undermine a woman’s reproductive freedom,” said Nan Aron, the president of Alliance for Justice, a liberal group.