For 38 million Americans with disabilities, voting is even harder than usual this year. 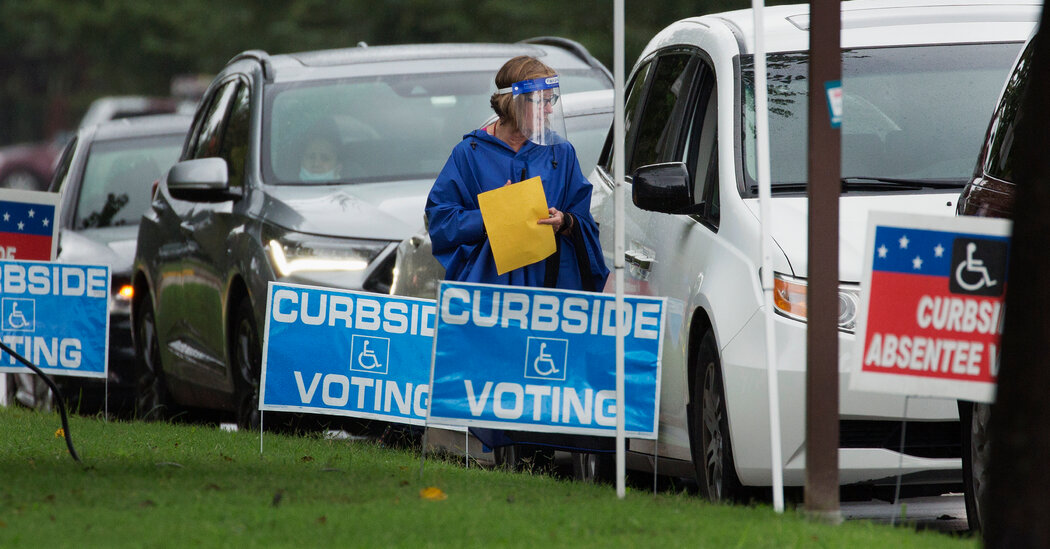 According to new projections from researchers at Rutgers University, nearly one in six American voters is disabled.

For those 38 million people, the coronavirus pandemic has enormously complicated what was already a frustratingly difficult process: casting a vote.

Most accessibility discussions this year have centered on expanding mail-in voting, and that does make a difference. The Rutgers researchers found higher turnout among people with disabilities when states allowed no-excuse absentee voting.

But mail-in voting alone won’t allow everyone with a disability to vote.

Joanne Wolf, 64, of Cincinnati, missed an election for the first time she could remember because she couldn’t find an accessible way to vote in this year’s primary. She has multiple sclerosis and didn’t feel safe voting in person. But she can’t write by hand or sign an absentee ballot; when she completed one several years ago using a signature stamp, it was rejected.

In Maryland, Sheryl Grossman, who has an illness that weakens her immune system and causes cognitive disabilities, voted in a primary this year by taping a blank mail-in ballot to her door, alongside a list of her choices. As she watched through her window, two election officials filled out the ballot, texted her a photo and sealed the envelope.

“It was not an independent, private ballot,” she said. “But if that was not an option, I would not have been able to cast a ballot at all.”

The obstacles created by the coronavirus are piling on top of the ones voters with disabilities already face, including polling sites that, in violation of the Americans with Disabilities Act, are inaccessible to people who use wheelchairs.

Barriers don’t stop at the door. Polling sites are required to have accessible voting machines — for instance, ones that can read text aloud for people with visual disabilities — but some voters recalled showing up for past elections and being told that the only accessible machine was broken, or that poll workers didn’t know how to operate it.

“Democracy only works if everyone is able to participate and vote,” said Lisa Schur, one of the Rutgers researchers. “And to the extent people with disabilities are excluded from the process, then we really have a failed system.”