Check out what’s clicking on FoxBusiness.com.

The food insecurity rate on Nantucket, Massachusetts — where President Biden celebrated Thanksgiving at a billionaire‘s mansion — has increased by more than 70% in 2020, according to a local health assessment.

Food insecurity in the entire state of Massachusetts was projected to increase by 81% this year, with the second-largest percentage of children at risk of food insecurity, in 2020, according to the Nantucket Community Health Needs Assessment for the 2021 fiscal year.

“Nantucket county was identified as one of four counties that have seen their projected food insecurity rates increase by over 70.0%,” the assessment states. “The Mind the Meal Gap 2020 report also indicates that 1:4 food-insecure children are living in homes that are ineligible for public assistance programs.” 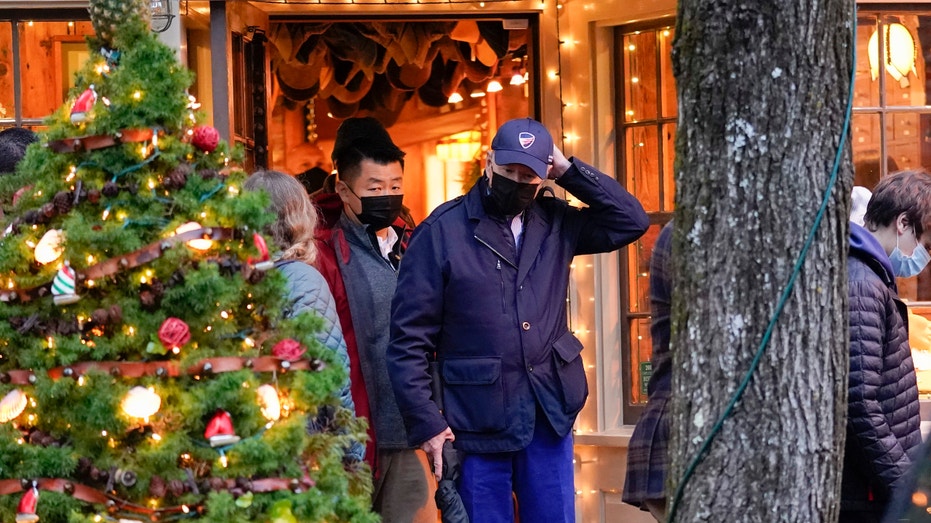 Biden walks out of a shop as he visits Nantucket, Mass., with family Friday, Nov. 26, 2021. (AP Photo/Carolyn Kaster)

The report notes that a “large number of residents” on the island “do not have documented residency status.”

Nantucket’s unemployment rate, by comparison, is better than other Massachusetts counties at just 2.9%, and over 3% of Nantucket families have brought in an income below the federal poverty line over the last 12 months, the health assessment says.

Nantucket Current reporter Jason Graziadei highlighted the island’s efforts to feed those in need in a series of Thursday tweets.

“Around the corner from Secret Service agents protecting the leader of the free world, steps away from the mainland news crews debating the optics of@POTUS staying in the home of a billionaire, the volunteers of the #Nantucket Food Pantry were quietly going about their work today,” he wrote.

Graziadei continued: “Nantucket will be called ‘posh’ and ‘tony’ in the national media this week, but there at the Food Pantry, the goal was simply to feed the island’s low-income residents and take on the growing food insecurity among Nantucket’s working class.”

The Community Foundation for Nantucket in October received a $1.85 million state grant to address food insecurity on the island, according to The Inquirer and Mirror. 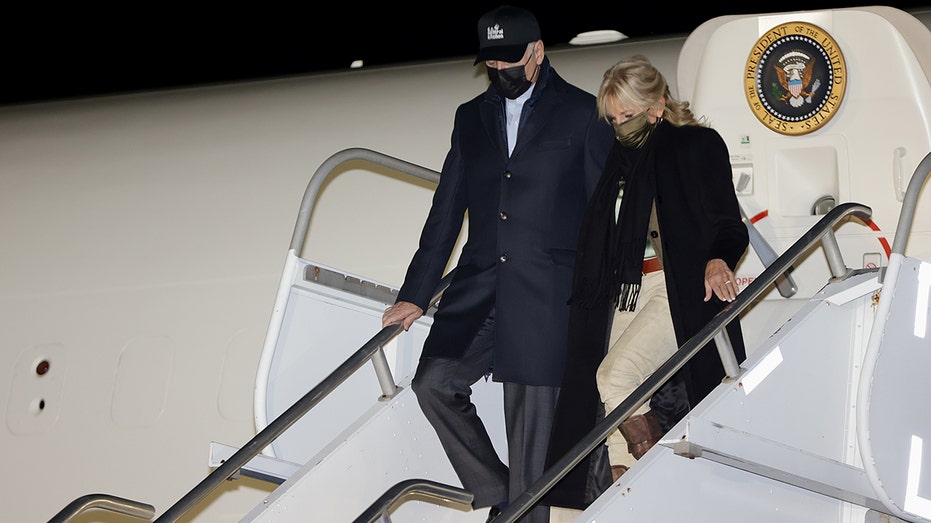 The Bidens touched down on Nantucket Tuesday night and spent Thanksgiving at the compound of David Rubenstein, a Carlyle Group co-founder.

Spending Thanksgiving in Nantucket is a tradition of the Biden family dating back decades, but it was put on hold last year due to the pandemic. The White House told reporters earlier Tuesday that the Bidens have previously stayed at Rubenstein’s home.

Meanwhile, inflation has hit a three-decade high and the average cost of this year’s classic Thanksgiving feast has jumped more than 14% from last year’s average, according to the American Farm Bureau Federation’s annual Thanksgiving dinner cost survey. That’s in large part because the cost of a turkey is up nearly 24% from last year. The cost of chicken breasts, meanwhile, has jumped 26% over the past year, according to Labor Department data.

The industry has largely blamed the price spike on supply chain disruptions and high demand for food, particularly meat.