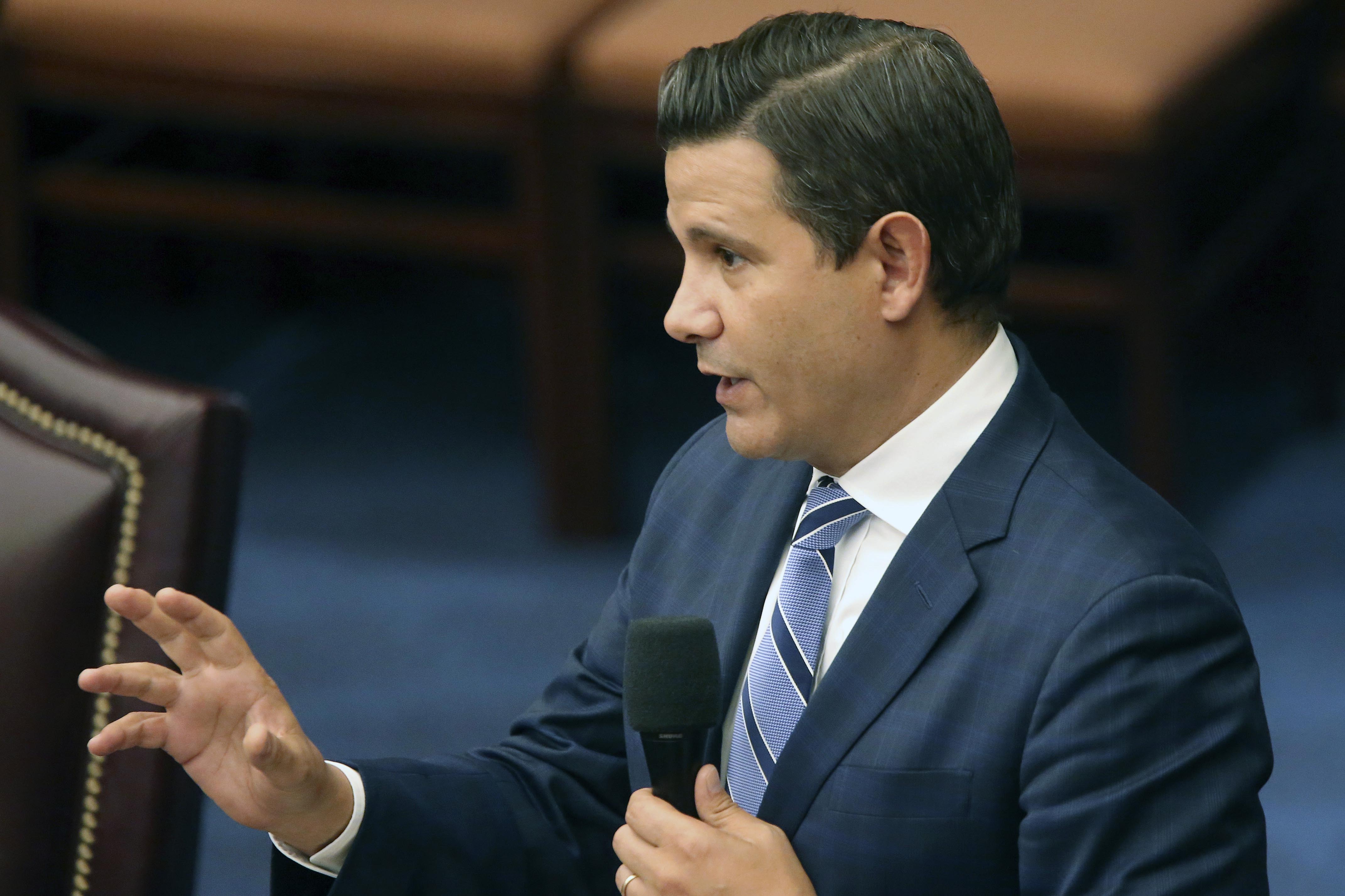 Ladapo, 43, and DeSantis share many views on Covid-19, including that face masks don’t prevent spread and that governments should not require vaccines, in part because he said they have not been proven to prevent transmission.

Ladapo also stood behind DeSantis as the Republican governor hammered President Joe Biden’s rollout of federal vaccine mandates in December and supported DeSantis’ criticism of the Biden administration for limiting the nationwide distribution of monoclonal antibody treatments. Those treatments were found to be less effective at treating the Omicron variant.

At one point during the two-month confirmation process, Democrats walked out of a Senate Committee on Health Policy hearing to protest Ladapo. During a separate Feb. 8 hearing, Ladapo would not say whether he supports the expansion of the state Medicaid program under the Affordable Care Act. Instead, he said DeSantis’ wish is not to expand Medicaid. That spurred state Sen. Annette Taddeo to say she was concerned Ladapo would not offer his own opinion of Obamacare.

“We were asking about the health care answers, not the political answers,” Taddeo, who is running for governor, said.

During the pandemic, DeSantis began holding virtual roundtable discussions with experts such as Jay Bhattacharya, a medical professor at Stanford University, and Dr. Martin Kulldorff. Bhattacharya and Kuldorff later became the first signatories of the controversial Great Barrington Declaration, which called for the pandemic to be addressed with “Focused Protection,” which directs government to primarily protect only the elderly and medically vulnerable.

Ladapo is one of the more than 46,000 medical professionals who have since signed the declaration.

Democrats and even some Republicans also admonished Ladapo in October after he refused to wear a face mask when meeting state Sen. Tina Scott Polsky (D-Boca Raton) who was recently diagnosed with breast cancer. Polsky said Ladapo has proved himself to be only a political mouthpiece for Covid-19 vaccine skepticism during his first few months as surgeon general.

Under Florida rules, the nominee assumes the title and duties of the surgeon general but is officially confirmed by the Senate.

DeSantis hired Ladapo from the David Geffen School of Medicine at UCLA, where he was a professor and doctor. A former unnamed supervisor at UCLA said in an interview conducted as part of the Senate confirmation process that he would not recommend him as Florida’s surgeon general. Ladapo, in an interview with POLITICO at the time, responded that differences in scientific opinions have turned into ugly personal criticism.

Yet Democrats on Wednesday continued to attack Ladapo as merely an empty suit ready to say yes to anything DeSantis requested.

“Our role is not to be a rubber stamp to the governor on what is clearly a political choice,” Polsky said. “Let’s pluck a California doctor out of academia with controversial views, with no public health experience, and have him run a health department for 22 million Floridians in the middle of the greatest health crisis we have ever faced.”

State Sen. Aaron Bean (R-Fernandina Beach) said he agreed with Polsky that Ladapo made mistakes during his maskless October office visit to her office, but that the transgression is forgivable.

“If you judge me on my worst day, where would I be in my life?” Bean said. “And so I ask you to give this nominee a chance.”

Ladapo will serve as surgeon general while working as a professor at the University of Florida College of Medicine. The joint employment will net Ladapo a total salary of $430,000, and it also limits his tenure to two years. He replaced Scott Rivkees, who stepped down as surgeon general in September after serving two years under a similar work agreement between the Department of Health and the University of Florida.