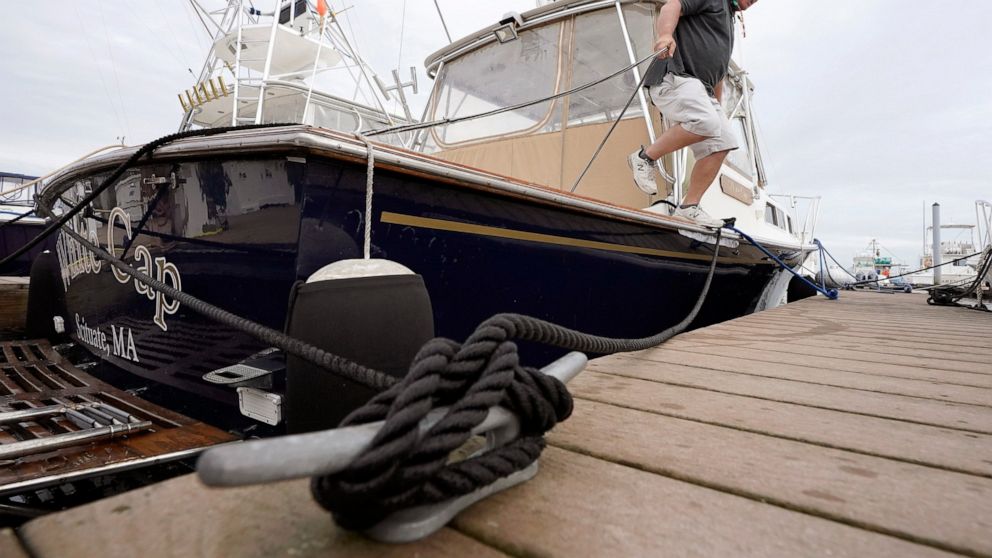 A powerful storm has begun barreling up the northeastern U.S. coast, and officials warn it could bring intense flooding and hurricane-force wind gusts

New York and New Jersey issued emergency declarations ahead of the storm, which was forecast to gather strength through the day as it swept toward New England.

Parts of New Jersey had been soaked by more than 5 inches of rain Tuesday morning, according to the National Weather Service, leading to flooding in some areas. Strong winds were forecast to buffet the area through Wednesday, bringing the potential for widespread power outages, officials said.

New Jersey Gov. Phil Murphy delayed the opening of state offices until 11 a.m. because of the wind and rain, calling the day “a wash out.” The storm prompted Rutgers University to move classes online for the day, while some other colleges and school districts canceled instruction.

In New England, officials warned of possible flooding and power outages as the storm headed north. The worst of it was expected to hit late Tuesday through Wednesday morning, lashing the region with high winds and heavy rain.

Wind gusts as high as 75 mph were forecast on Massachusetts’ Cape Cod, with sustained winds as high as 45 mph. The National Weather Service warned that waves off the state’s coast could reach 19 feet.

The Massachusetts Bay Transportation Authority suspended its ferry service Tuesday and Wednesday. In Salem, which hosts one of the nation’s largest Halloween festivals through October, the town canceled ferry service to Boston, urging visitors to take a commuter train instead.

The early nor’easter arrives before many trees have shed their leaves for the winter, raising the risk for power outages as branches weighed down by wet leaves come in contact with transmission lines. Eversource, a power company that serves Connecticut and other New England states, warned widespread outages were possible through Wednesday.

The storm has already disrupted some flights, and federal officials warned about possible delays or cancellations across the region.

Seven flights were diverted from New York City’s airports to Albany on Monday night because of heavy rain, according to officials at Albany International Airport. All but one of the flights had left Albany by early Tuesday.

In the waters off New York’s Long Island, the U.S. Coast Guard and local police searched Tuesday for a kayaker who did not return from a trip Monday night. He left a few hours before heavy rain started falling.

The storm arrives just weeks after the remnants of Hurricane Ida inundated the Northeast and caused deadly flooding. At least 50 people from Virginia to Connecticut died as rainwater trapped cars on submerged waterways and flooded subway stations and basements.