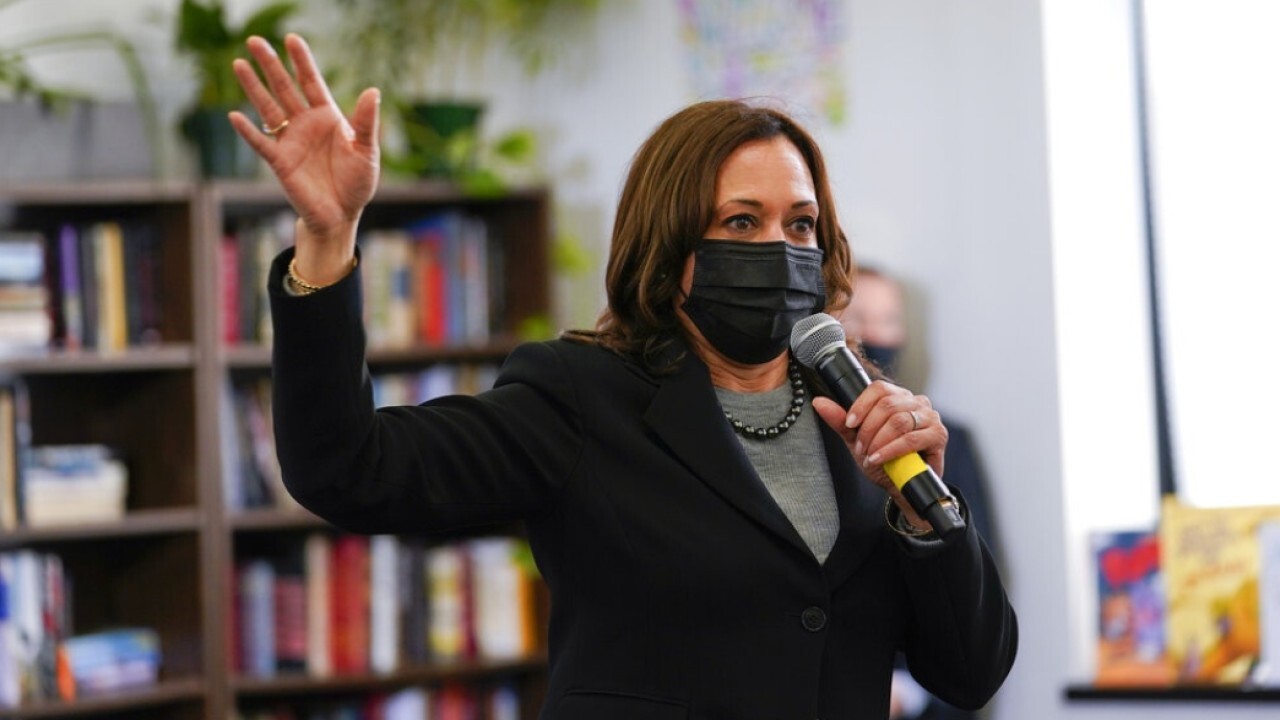 Vice President Kamala Harris has come under criticism from Republicans and former Trump officials for not having visited the border in her leading role in dealing with the migrant crisis — although she visited in 2018 to protest Trump-era policies.

Harris was appointed in March by President Biden to lead diplomatic talks with Mexican and Northern Triangles leaders in order to solve the surge in migration that has led to an overwhelming crisis at the southern border.

While the White House has said that Harris’ role is not the border per se, and is instead focused on dealing with the “root causes” of the crisis, critics have pushed back by arguing that in order to do that outreach, it is first necessary to see what is happening at the border.

“I’d say the vice president, if she’s actually addressing this issue, needs to do both, needs to go to the border, needs to understand the conditions that are being experienced, needs to understand and talk to the men and women of the Border Patrol, she needs to hear firsthand what they’re experiencing, because it’s all interrelated,” former acting DHS Secretary Chad Wolf said last month.

But, even though Harris is planning trips to Guatemala and Mexico next month, there is no sign of a visit to the border any time soon.

That is in contrast to in 2018, when as a California senator she visited the San Diego border with Mexico, claiming that Trump administration’s zero tolerance policy — which led to the separation of adults and children — was a “human rights abuse.”

“I spoke with the mothers who are there, and my heart is broken,” she told protesters outside the Otay Mesa Detention Center, according to the San Diego Union Tribune. “These mothers in there think that they are alone. We need to remind them and everyone else that they are not alone, and that we all stand with them.”

She was met with cheers from protesters, who held signs with slogans including “Abolish ICE.”

She also condemned the practice of keeping migrants in ICE detention centers — something which is still happening under the Biden administration.

“I’m a career prosecutor,” she said. “I have visited many prisons and jails. That is a prison. You walk through the halls and the doors clink shut and there are bars on the windows.”

Harris has gone more than 50 days without visiting the border or even holding a press conference since being tapped for the role by President Biden — something Republicans have repeatedly criticized her for.

Earlier this week, Rep. Ashley Hinson, R-Iowa,  introduced a bill that would bar taxpayer funding for Harris’ travel elsewhere until  she visited the border.

“She’s putting yarn shops and bakeries before the border,” Hinson told Fox News in an interview this week. “She’s Zoomed with the Mexican president, but I think that sends the absolute wrong message to the men and women that are putting their lives on the line every day, not to mention the men and women and families that live in these communities along the border and the communities of Iowa — every state is a border state.”