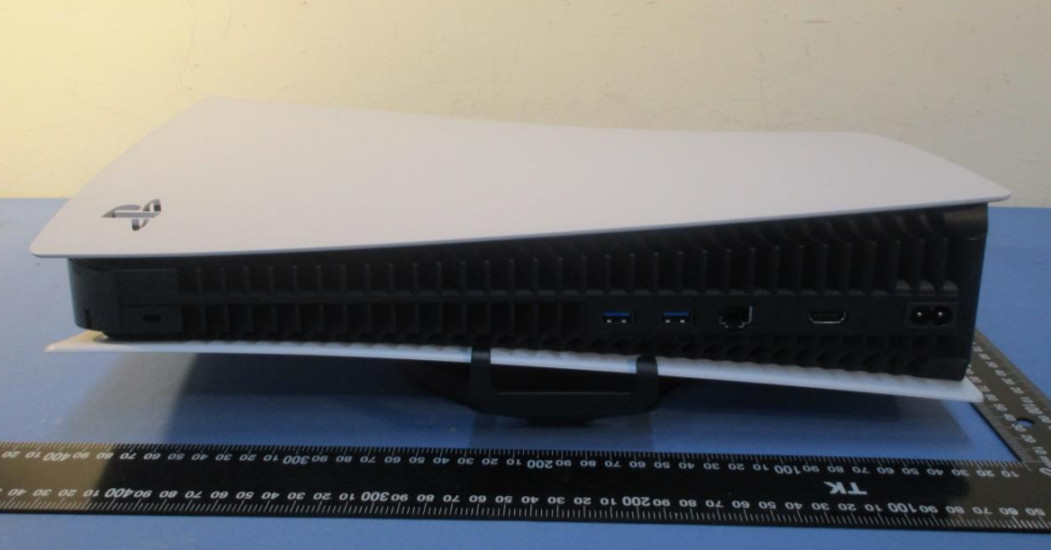 Sony’s upcoming PS5 hardware has appeared at the FCC, providing us with the first close up photos of the next-gen console. The FCC has published a variety of images, showing the standard PS5 laying horizontally, the included cables, and the removable base that holds the console in both vertical and horizontal positions.

The photos also show just how big the PS5 truly is. We learned earlier this week that the PS5 is the biggest game console in modern history, even topping the Xbox One VCR-like shape and Sony’s own PS3. Sony released official dimensions during its PS5 event this week, but they don’t include the “largest projection” or the optional base measurements.

It’s clear from these FCC photos that it’s going to be a challenge to fit a PS5 into entertainment centers, just as it will be with the Xbox Series X. Both consoles appear to be designed to primarily stand vertically, looking rather unwieldy on their sides.

Unfortunately, the FCC photos don’t offer a close look at exactly how you access the NVMe slot on the PS5. Sony is allowing PS5 owners to expand storage space, but we still don’t have full details on exactly how this will work. Sony has also teased that the PS5 hardware is customizable in ways that previous generations of PlayStation consoles weren’t, so it’s possible that at least one side panel of the PS5 is removable.