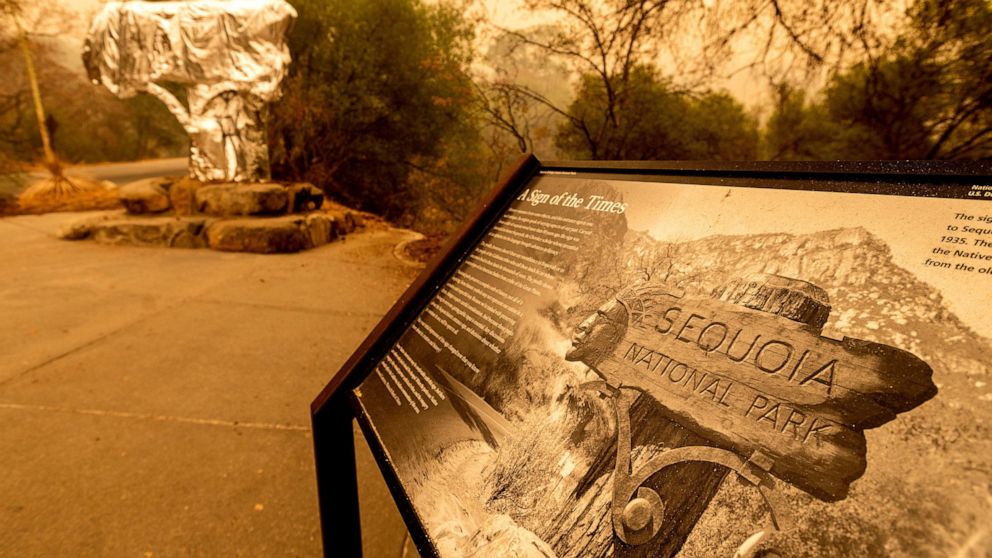 Numerous small communities were under evacuation orders or warnings to be prepared to leave. Some 2,000 residences and 100 commercial properties were threatened. Two commercial structures have been destroyed.

To the north in Sequoia National Park, two fires that were ignited by lightning and then merged covered more than 73 square miles (189 square kilometers) after experiencing large growth during the weekend. The KNP Complex was 8% contained, according to a statement from Sequoia and Kings Canyon national parks, which have both been forced to close.

On the fire’s northern perimeter, firefighters used controlled burns to clear vegetation from Muir Grove, a hidden group of giant sequoias found at the end of a trail.

A week ago, the famous ancient trees of Sequoia National Park’s Giant Forest were protected from the fire because of its history of prescribed burns. The bases of some trees were also wrapped in fire-resistant material.

In the far north end of California’s Central Valley, the Fawn Fire was 60% contained after destroying 184 homes and other buildings in an unincorporated area north of the city of Redding.

Firefighters were focusing on mopping up and patrolling to prevent further spread of the fire, said Josh Bischof, an operations section chief with the incident management team.

A 30-year-old woman was arrested last week on suspicion of starting the Fawn Fire.

A historic drought in the American West tied to climate change is making wildfires harder to fight. It has killed millions of trees in California alone. Scientists say climate change has made the West much warmer and drier in the past 30 years and will continue to make weather more extreme and wildfires more frequent and destructive.