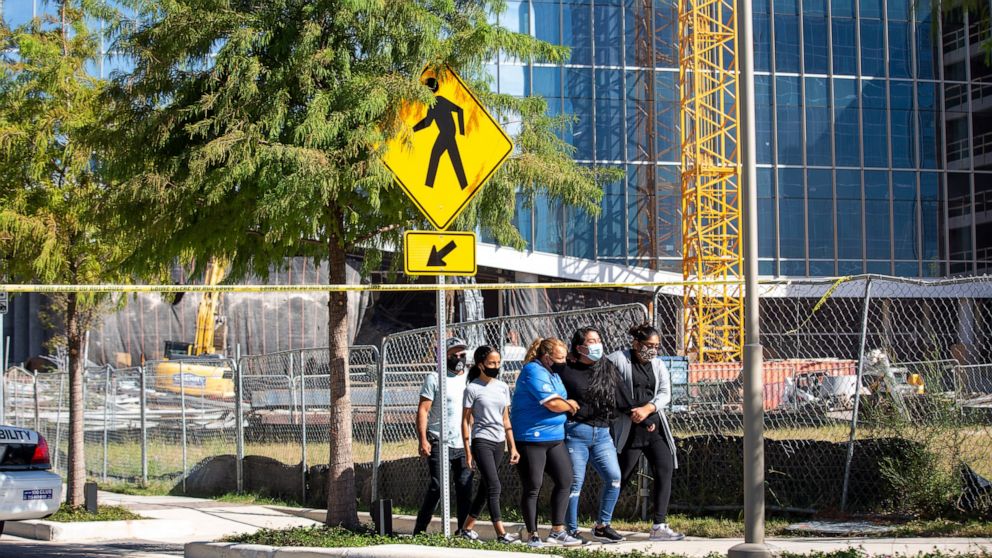 HOUSTON — The bodies of three workers who were killed when a stairwell collapsed inside a high-rise building under construction were recovered Wednesday, the Houston Fire Department said.

Firefighters spent several hours cutting through and removing material from a three-story high pile of debris to get to the bodies, said Houston Fire Department Assistant Chief Michael Mire.

The stairwell was undergoing construction when it collapsed somewhere around the 13th or 14th floor on Monday afternoon. The debris pile collapsed all the way down to the ground floor, injuring another worker.

Firefighters and engineers spent Tuesday assessing the building’s structural integrity before determining that it was safe for rescuers to go in and remove the victims, Mire said.

The cause of the stairwell collapse is still being investigated. Authorities have not released the identities of the dead workers.

The 15-story office building, situated near Interstate 10 on the city’s westside, is set to be the new headquarters of Houston-based Marathon Oil. Employees were expecting to move into the building in the second half of 2021.