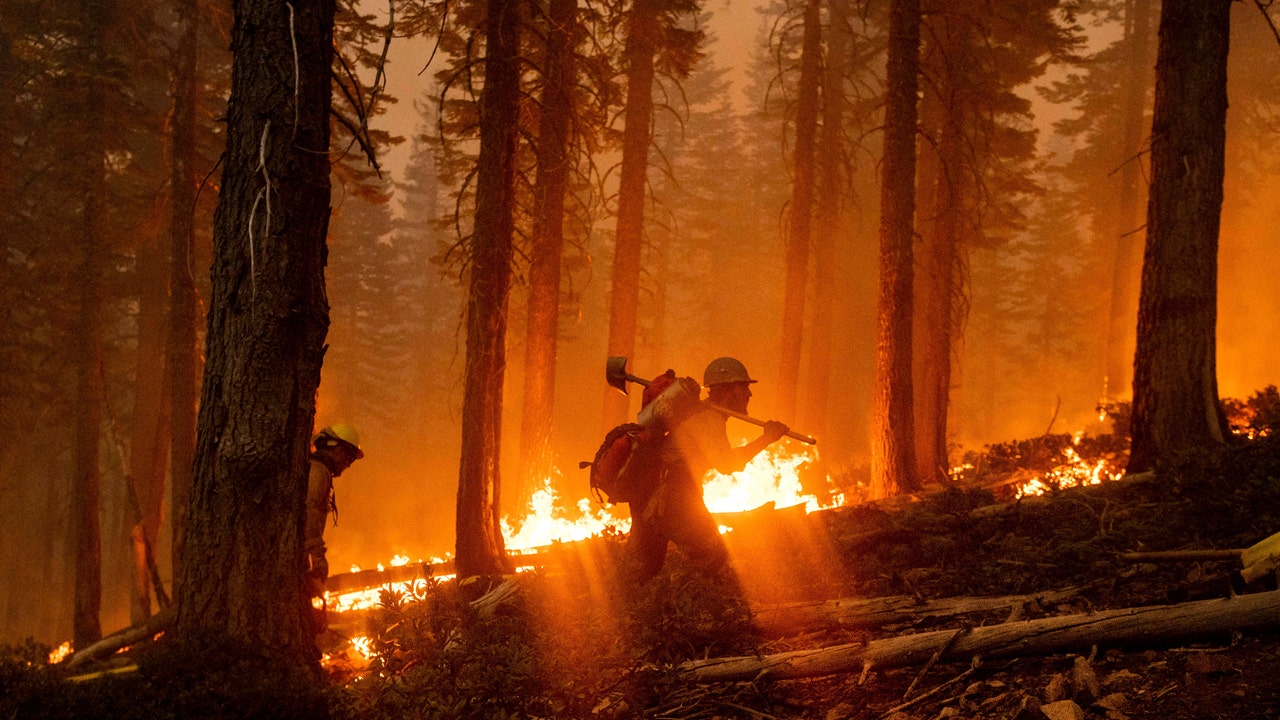 A firefighter has died while battling the El Dorado fire that was started by a gender-reveal party in Southern California, officials said Friday.

“The name is being withheld pending notification of next of kin. Our deepest sympathies are with the family, friends and fellow firefighters during this time,” the U.S. Forest Service said in a statement relased via Twitter on Friday.

Officials said the incident took place Thursday. The cause of the firefighter’s death is under investigation. The Forest Service did not confirm whether or not the death occurred at the scene of the fire.

The firefighter’s death in the El Dorado fire is the latest tragedy caused by blazes that are continuing to ravage the western United States.

The blaze has consumed the San Bernardino National Forest since Sept. 7, destroying more than 19,000 acres. The fire is about 66% contained, the LA Times reported.

LIVE UPDATES: WILDFIRES LATEST IN CALIFORNIA AND OTHER WESTERN STATES

Officials have alleged that a “gender-reveal” party started the fire when the family attempted to use a “smoke-generating device” to reveal a baby’s sex, which then ignited nearby grass and quickly spread, The New York Times reported.

The San Bernardino County Sheriff’s Department could not say whether the family who allegedly started the fire would be charged for the death, but Capt. Bennet Milloy of the California Department of Forestry and Fire Protection said that criminal charges were being considered. He added that any charges would wait until after the fire has been extinguished.

“I can’t speak on their behalf,” Milloy said of the family, “but personally, I can only imagine how terrible they have to feel for a lot of reasons.”