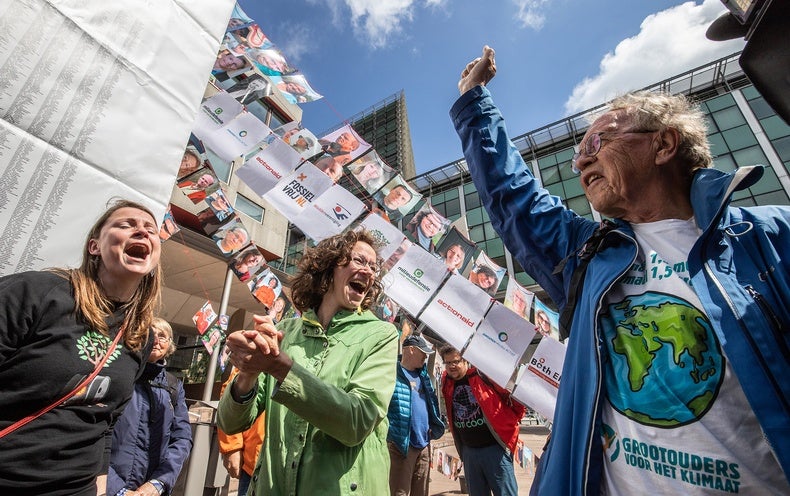 In late May, a Dutch court brought new hope to addressing climate change by ruling that Royal Dutch Shell must cut carbon emissions from both its operations and the oil and gas products the company sells. Never before has a fossil fuel company been ordered to reduce its heat-trapping emissions to address climate change. From a legal, scientific and societal perspective, the case against Royal Dutch Shell leaves little doubt that individual companies can be held accountable for driving climate change.

Climate change is a global phenomenon. The scale is enormous, the impacts are severe, and for many the problem feels overwhelming. Thanks to meaningful advances in science, we can better understand climate change at a finer scale, even teasing out how individual fossil fuel companies have contributed to a specific climate event. An ability to isolate the contribution of climate change and connect this with economic data at the census block level is novel and yields remarkable results. A recent study found that the proportion of sea-level rise attributable to human-driven climate change in New York, New Jersey and Connecticut resulted in an additional $8 billion of damage when Sandy raged through the region in 2012. This sum doesn’t capture inequitable distribution of economic damage or account for the lives disrupted or tragically lost.

These costs can be further broken down to make direct connections between actions taken by individual companies and subsequent global climate change impacts. Recent advances in climate attribution studies have connected emissions from the extraction and sale of products from major fossil fuel companies to increased surface temperature, sea level and ocean acidification. A quick assessment of these studies suggests that hundreds of millions of dollars in damage during Sandy from sea-level rise can be attributed to the largest fossil fuel companies. These figures are rough, but with further analysis, scientists can attribute a range of more precise damage amounts from climate change to specific companies.

While these damage amounts from Sandy may seem large, it’s important to remember these calculations are from a single storm, in a specific location, in relation to a singular component of climate change. And these rough estimates don’t take into account the major fossil fuel companies’ past and ongoing role in spreading disinformation about climate science and solutions. Even with these limitations and conservative calculations, the cost is still astonishing. Climate change impacts are costly for people across the globe.

As climate change impacts accelerate, communities are increasingly turning to the courts for assistance and redress. There are currently over two dozen cases seeking to hold fossil fuel companies accountable for climate damage costs and fraud in the United States alone, with three in our home state of Maryland. This growing trend of resorting to litigation to limit climate harms needs to be informed by communities and actionable science, which should include physical and social science. Investing now in scientists and communities working together can save lives and lessen damage in the future.

The recent Netherlands ruling sparks hope that science and the courts are aligning with the international agreement to limit global temperature increase. After two centuries of research on the negative impacts of burning fossil fuels, it’s frankly surprising that this is the first ruling to address the role and responsibility of the fossil fuel industry in climate change. Advances in science, combined with powerful pressure campaigns and community-led organizing, can inform how we do so: making societal decisions about how to limit climate harms and protect people, as well as holding accountable those responsible for climate-related damage. This is a benchmark moment in the long struggle for climate justice through the courts. Recent weeks prove that scientists can crunch the numbers, courts can assess the evidence, and companies can be compelled to do what is necessary to limit the worst effects of climate change.

This is an opinion and analysis article; the views expressed by the author or authors are not necessarily those of Scientific American.