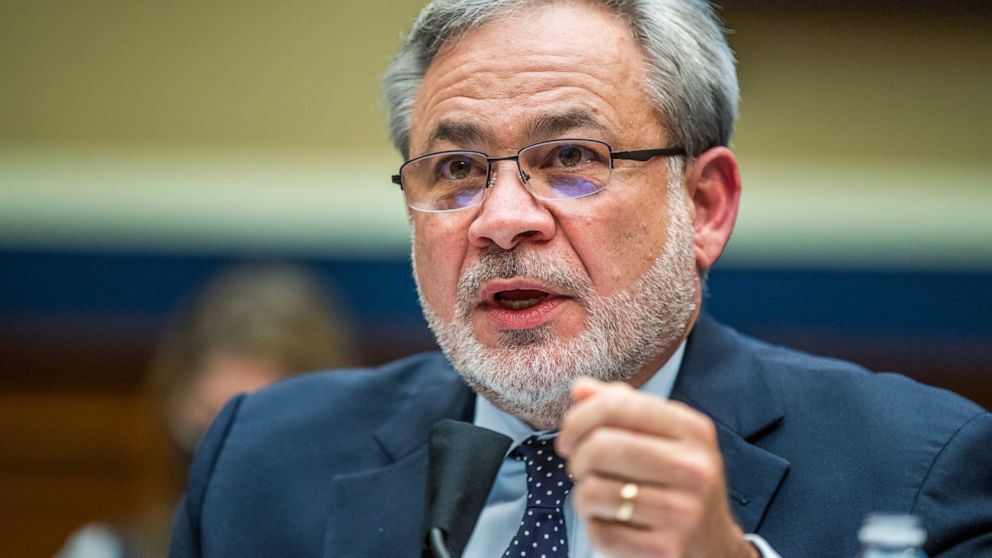 Officials with the U.S. Department of Energy and South Carolina have inked a $600 million settlement over the storage of plutonium at a former nuclear weapons plant in the state, which officials called the largest single legal deal in state history

COLUMBIA, S.C. — After years of legal disputes, officials with the U.S. Department of Energy and South Carolina have inked a $600 million settlement over the storage of plutonium at a former nuclear weapons plant in the state, the largest legal settlement in South Carolina history.

During a news conference Monday in Columbia, state Attorney General Alan Wilson said the deal ends six years of litigation over the removal of 9.5 metric tons of plutonium that had been stored at the Savannah River Site south of Aiken.

Wilson said he expected the $600 million payment within the next 30 days. In exchange, Wilson said South Carolina will give the federal government 15 years to remove the remaining plutonium from the site, with a timeline beginning in January 2022.

“The Department of Energy is buying 15 years of peace with South Carolina as it relates to this specific issue,” Wilson said.

If none of the plutonium has been removed by Jan. 1, 2037, Wilson said federal officials will owe the state a total of $1.5 billion for failing to comply with the agreement. If the federal government removes only a portion of the plutonium, then it would be responsible for a corresponding fraction amount of the $1.5 billion total, although Energy Secretary Dan Brouillette said he felt confident the federal government would remove the materials well ahead of the 2037 deadline.

“Today’s announcement is a guarantee to the people of South Carolina that plutonium will be safety removed from the state,” Brouillette said. “This settlement furthers President Trump’s mandate to all of us in the federal government, and that is to make good deals for the American people.”

Tons of plutonium have accumulated over the years at the former nuclear weapons complex along the state’s border with Georgia, some of which had been intended for use in the mixed-oxide fuel facility. The plant was part of a nonproliferation agreement with Russia, under which each country was to turn 34 metric tons of plutonium – enough to arm 17,000 warheads – into fuel for commercial nuclear reactors.

That decadeslong, multibillion-dollar mixed-oxide project was scaled down during the Obama administration, with federal officials blaming delays and cost overruns on design and constructions mistakes, as well as escalating supply costs. The actions prompted a lawsuit in which South Carolina said the federal government had made a commitment to the state and couldn’t use money intended to build the plant to shut it down.

The state ultimately dropped the suit when the administration committed to funding the project through that fiscal year. But South Carolina later sued again, seeking fines of $1 million a day because it wasn’t operational by a Jan 1, 2016, deadline, fines that capped out at $100 million.

On Monday, Sen. Lindsey Graham bemoaned the failure of the mixed-oxide fuel project but said the deal was a good one for the state.

“We failed to make the world a safer place,” Sen. Lindsey Graham said Monday, of the failure of the mixed-oxide fuel project and dissolution of the deal with Russia. “And I promise you, if I don’t know if I’ll be around. But if I’m not, my ghost will collect the money.”

Kinnard can be reached at http://twitter.com/MegKinnardAP.