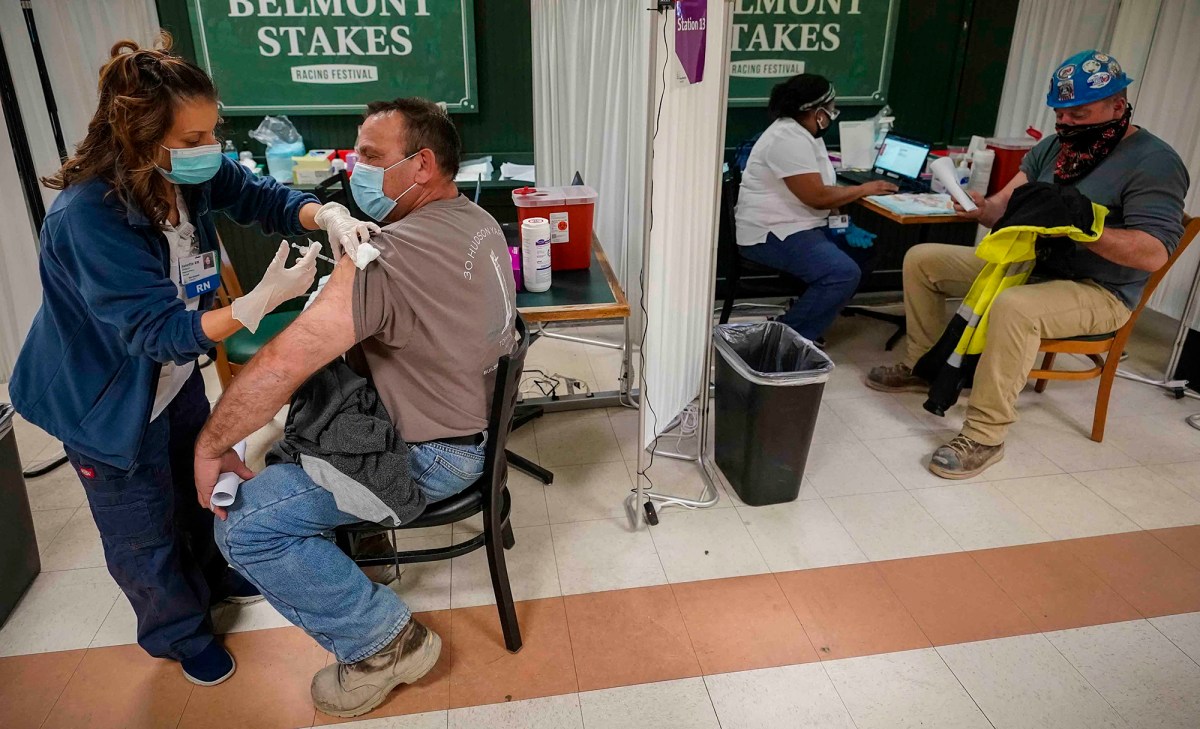 It’s the jab or the job.

Employers are allowed under federal law to require workers to get a COVID-19 vaccine before they can physically return to the workplace, according to updated guidance issued by the Equal Employment Opportunity Commission on Friday.

But they must provide “reasonable accommodations” for workers who refuse the shots due to a disability or pregnancy or for religious reasons, the agency said.

The decision may mean unvaccinated employees could be required to wear masks or work remotely.

The EEOC rules also gave the green light to companies offering incentives for staffers to get vaccinated, as long as the rewards are “not so substantial as to be coercive.”

Food manufacturer Bolthouse Farms is giving its vaccinated workers a $500 bonus, The Wall Street Journal reported, while retailer Dollar General is offering an extra four hours of pay for those who can prove they got a COVID shot.

In the months since the vaccines have become widely available, some workers have been blindsided by their bosses’ demands to get inoculated.

“It was shocking to me,” Bonnie Jacobson told The Post after losing her waitress job in Brooklyn in February. “I went through the stages: I’m hurt, I’m in shock — then I got mad.”

Workers across the country have gone to court to try to block inoculation requirements imposed by employers, MarketWatch reported this month.

Many of the workers’ legal claims point to a federal statute specifying that vaccines issued on an emergency basis can only be given voluntarily.

None of the COVID-19 shots have received formal approval from the Food and Drug Administration, which normally takes years to obtain.

Just over half of all adult Americans — 51 percent — have been fully vaccinated against the coronavirus, according to the Centers for Disease Control and Prevention.

But 88 percent of employers surveyed in an April poll by Arizona State University said they planned to encourage their workers to get the shot — and six in 10 said they intended to demand proof.