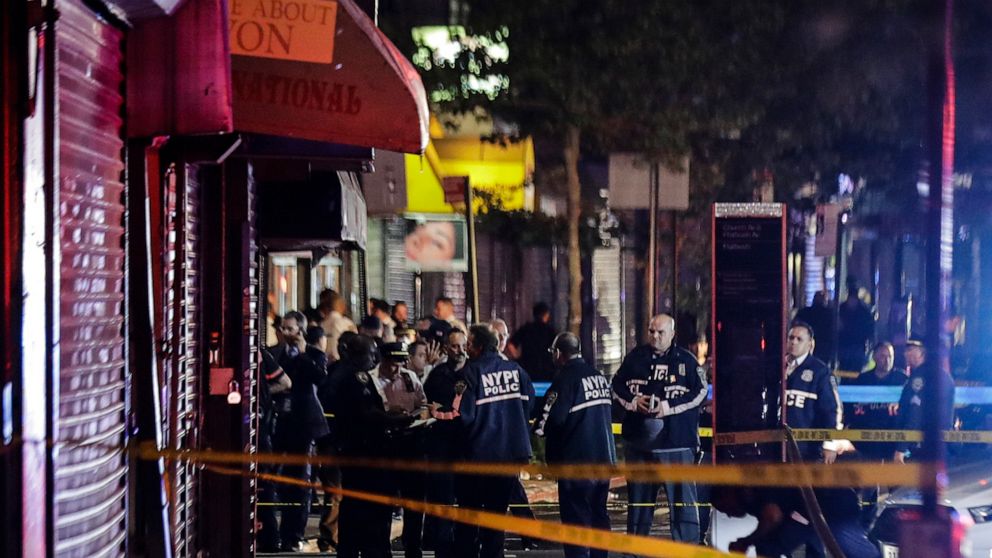 NEW YORK — A man who ambushed a New York City police officer in June — stabbing him in the neck and stealing his gun to shoot other officers — had an interest in violent Islamic extremism and punctuated the attack with screams of “Allahu Akbar,” prosecutors alleged in court papers filed with his indictment Thursday on state and federal charges.

Days later, according to prosecutors, suspect Dzenan Camovic told a hospital worker: “My religion made me do it.”

Camovic, a 21-year-old Bosnian immigrant living illegally in the U.S., faces state charges including attempted aggravated murder and federal charges including theft and unlawful possession of a firearm. Camovic’s lawyer said arraignments could be scheduled within a few weeks.

The attack happened amid protests over the Minneapolis police killing of George Floyd, leading to speculation among police and union officials that he had been inspired by anti-police rhetoric. Officer Yayonfrant Jean Pierre and the other wounded officers survived their injuries.

Camovic’s lawyer, Robert Stahl, refuted the government’s assertion that his client showed support for the Islamic State or other terrorist groups. Camovic “is a troubled young man in a number of respects, as opposed to having any terrorist or Islamic leanings,” Stahl said in a telephone interview.

Federal prosecutors and the Brooklyn district attorney’s office announced the indictments within minutes of each other Thursday, just as the police department was releasing surveillance and body camera footage that captured the chaotic scene just before midnight on June 3.

The video, some of which was previously made public, shows Camovic walking up and stabbing Jean Pierre in the neck as the officer stood on a street corner while assigned to an anti-looting patrol.

The bloodshed happened hours after an 8 p.m. curfew that was intended to quell the at-times violent protests. Federal prosecutors said Camovic cased the area first, walking past the area and crouching nearby for several minutes before attacking.

Camovic was hospitalized with gunshot wounds to the face, legs and torso before being moved to the city’s Rikers Island jail complex. His injuries, including a shattered wrist and elbow, have required several surgeries and he is still receiving physical therapy, Stahl said. Last month, a judge ordered Camovic to undergo a psychiatric evaluation.

While recovering days after the attack, federal prosecutors said, Camovic mistakenly told a worker at Kings County Hospital that he had killed two police officers and explained that “my religion made me do it.”

According to federal prosecutors, Camovic texted a friend “Ill be a while” just before attacking Jean Pierre. Camovic’s phone contained deleted images of Arabic writing referencing the Islamic State and the name of a magazine it has used to radicalize and recruit followers, federal prosecutors said.

Camovic had CDs and a thumb drive in his Brooklyn bedroom containing audio and video files of lectures and sermons by Anwar al-Awlaki, a deceased Islamic cleric and reputed al-Qaeda leader, federal prosecutors said.

About a year before the attack, Camovic started expressing interest in Islamic State and other Syrian-based terrorist groups and asked about the permissibility of killing civilians, federal prosecutors said, citing information provided by an unidentified person interviewed during the investigation. Camovic did not hold extreme religious beliefs, the person said, according to federal prosecutors.

In a statement, Attorney General William Barr said Camovic “used the cover of chaos” of the Floyd protests to commit a “premeditated and cowardly” attack. Barr said Camovic’s alleged use of encrypted messaging and the hidden part of the internet known as the dark web prevented investigators from learning more about his plans and who else may have been involved.

“If not for the heroism and bravery of the responding NYPD officers who returned fire and took the assailant down early in the attack, untold additional officers and innocents could have been killed or injured,” Barr said.

Camovic has no criminal record and immigrated to the U.S. as a young child because of turmoil in his homeland, Stahl said. Federal prosecutors said he was born in Germany, has Bosnian citizenship and no legal immigration status in the U.S.

Federal prosecutors lodged an immigration detainer against him and filed paperwork requesting that he be kept in jail pending the outcome of his case, arguing that he has no incentive to stay in the U.S. while facing certain deportation. Stahl said they would not oppose continued detention.

“It’s not like he snuck into the country or something, but his immigration status is perilous because he’s stateless,” Stahl said.