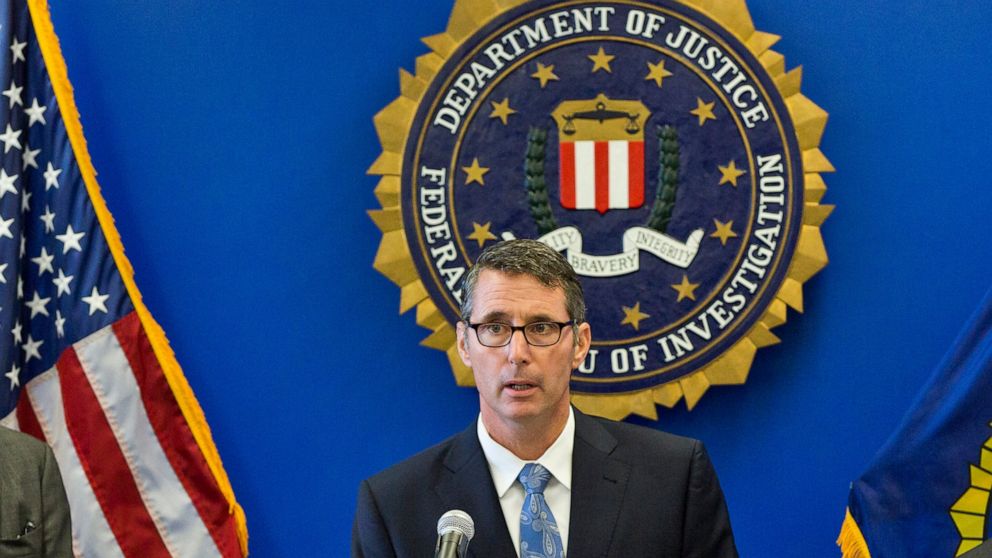 Paul Delacourt, then the FBI Los Angeles field office’s assistant director in charge, was reassigned to the agency’s headquarters in Washington after the report was first issued in June. The inspector general criticized Delacourt’s decisions and “poor judgement.”

The report said Delacourt and other high-ranking special agents dined from a free, expansive buffet in the exclusive Stadium Club overlooking the field and surrounded by fans at the game against the Milwaukee Brewers during the National League championship series. One agent drank alcohol at the stadium, it said.

Delacourt’s transfer and the inspector general’s report were first reported Tuesday by POLITICO.

Lawrence Berger, an attorney representing Delacourt and others named in the report, said the reassignment was not a disciplinary action. He said there are “genuine inaccuracies” in the inspector general’s report, which he declined to specify, and noted the incident has not been adjudicated by the FBI.

Berger also said it is the agency’s mission to prevent critical attacks, and so special agents being at the ballpark was a necessary move. The attorney, however, declined to comment on any potential necessity of the meeting and meal at the Stadium Club, though he said the activities occurred next to the FBI’s command post.

“There wasn’t any feast or anything like that,” he said.

The special agents later donated $20 each to a Dodgers charity for the buffet. Investigators discovered that the Dodgers valued the meal at $62.95 per person and recorded the FBI attendees as a “full comp,” even though the team had told the agency that the cost was $87 total.

Despite being among other people at the game, the agent discussed topics sensitive enough for FBI officials to ask for some of them to be deleted from the inspector general’s public report. The meeting was initially framed as part of the FBI’s security presence at the game.

Delacourt has been transferred to the agency’s headquarters in Washington, FBI LA spokeswoman Laura Eimiller confirmed to The Associated Press on Tuesday. She declined to discuss the circumstances surrounding Delacourt’s reassignment, citing personnel issues.

The inspector general’s report, in a footnote, says the FBI decided to reassign Delacourt “following its receipt and review of the report.”

Voviette Morgan, the special agent in charge of the LA field office’s criminal division, was also criticized in the report for suggesting the Dodgers Stadium site in the first place. She remains in her position, Eimiller said.