FBI agent charged in off-duty shooting of man on subway 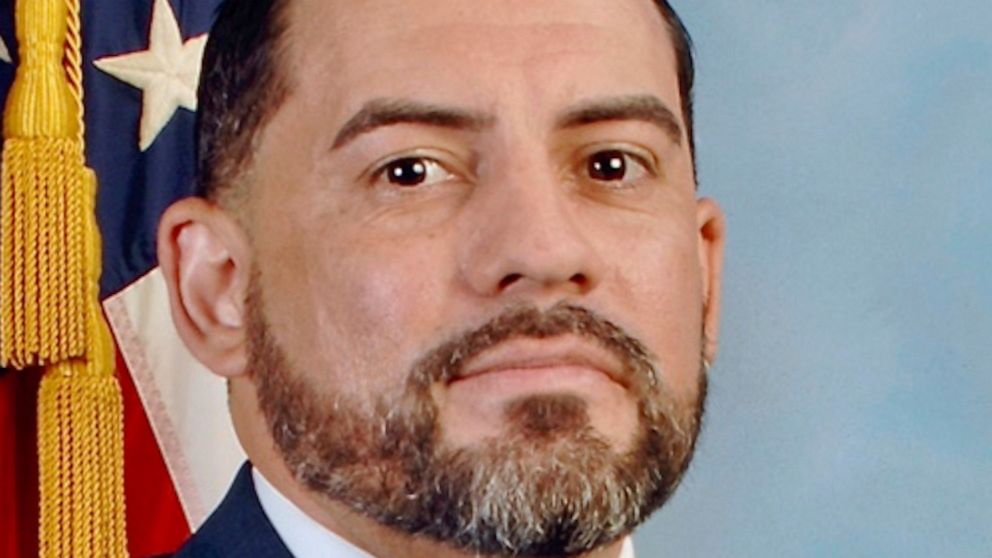 ROCKVILLE, Md. — An FBI agent has been charged with attempted murder in the off-duty shooting of another man on a Metro subway train last year in a Maryland suburb of Washington, D.C., according to court records unsealed Tuesday.

During a hearing, Montgomery County prosecutors outlined their account of how the Dec. 15 confrontation between the 37-year-old agent, Eduardo Valdivia, and an unarmed passenger swiftly escalated from a testy exchange of words to a shooting on a train approaching Medical Center station in Bethesda.

Defense attorney Robert Bonsib said Valdivia acted in self-defense as the man approached him at the rear of a train car.

“The law does not require that you wait to be struck before you take action. Had this resulted in a hands-on fight and a struggle for Agent Valdivia’s gun, only God knows what could have happened,” Bonsib said after a judge ordered the agent released from custody.

After the hearing, the county’s top prosecutor declined to explain why his office concluded that the shooting wasn’t justified.

“We would not have brought the charge if we thought that it was protected by law,” Montgomery County State’s Attorney John McCarthy told reporters. “To explain all of the reasons why we came to this conclusion would be effectively for me to give you a closing argument as to a five-month investigation. This is not the appropriate time.”

Valdivia shot and wounded the man from a distance of roughly 2 to 3 feet (0.6 to 0.9 meters) after repeatedly telling the man to back up, county prosecutor Robert Hill said in court.

The man had approached Valdivia on a train, sat across from him and asked the agent for money, Hill said. The man muttered expletives and began to walk away when the agent said he didn’t have any money to give, the prosecutor added.

“Watch your mouth,” the agent told the man, according to Hill.

After the man turned and approached him again, Valdivia pulled a gun from a holster and shot him, the prosecutor said. Another passenger was in the agent’s line of fire, about 15 feet (4.6 meters) away, but wasn’t harmed, Hill added.

The wounded man had part or all of his spleen, colon and pancreas removed during surgery after the shooting, according to Hill.

In a detailed press release, Bonsib said his client has had “an impeccable personal and professional background.” He joined the bureau in 2011, was promoted to the position of supervisory special agent at FBI headquarters last year and currently provides “operational guidance and programmatic oversight” of investigations into racially motivated and anti-government extremists, Bonsib said.

Valdivia was on his way to work on the morning of the shooting when the man approached him.

Bonsib said court records show the wounded man has a criminal record with a history of unpredictable and violent behavior, including a 2019 incident in which the man allegedly attacked and threatened to kill somebody at a Metro station.

Prosecutors questioned the relevance of the wounded man’s record since the agent didn’t know about it and hadn’t met him before the morning of the shooting.

The indictment names the man who was shot and a second passenger, who it identifies as the victim of the reckless endangerment charge for being in the line of fire.

In a statement Tuesday, a spokeswoman for the FBI’s Baltimore field office said the bureau was aware of the charges and is fully cooperating with the investigation.

“As is customary following a shooting incident, this matter will be subject to internal review,” spokeswoman Joy Jiras said.

The Metro Transit Police Department said in December that it had reviewed video footage and taken statements from Metro employees, passengers and others.

FBI Agents Association President Brian O’Hare said in a statement that the group supports agents going through the legal process because of work actions.

“FBI Special Agents must often make difficult, split-second decisions to protect the American public. FBIAA will ensure that our Agent member and his family are supported through this challenging time,” O’Hare said.

Covid-19 News: Booster invitations will be sent to over 50s in England