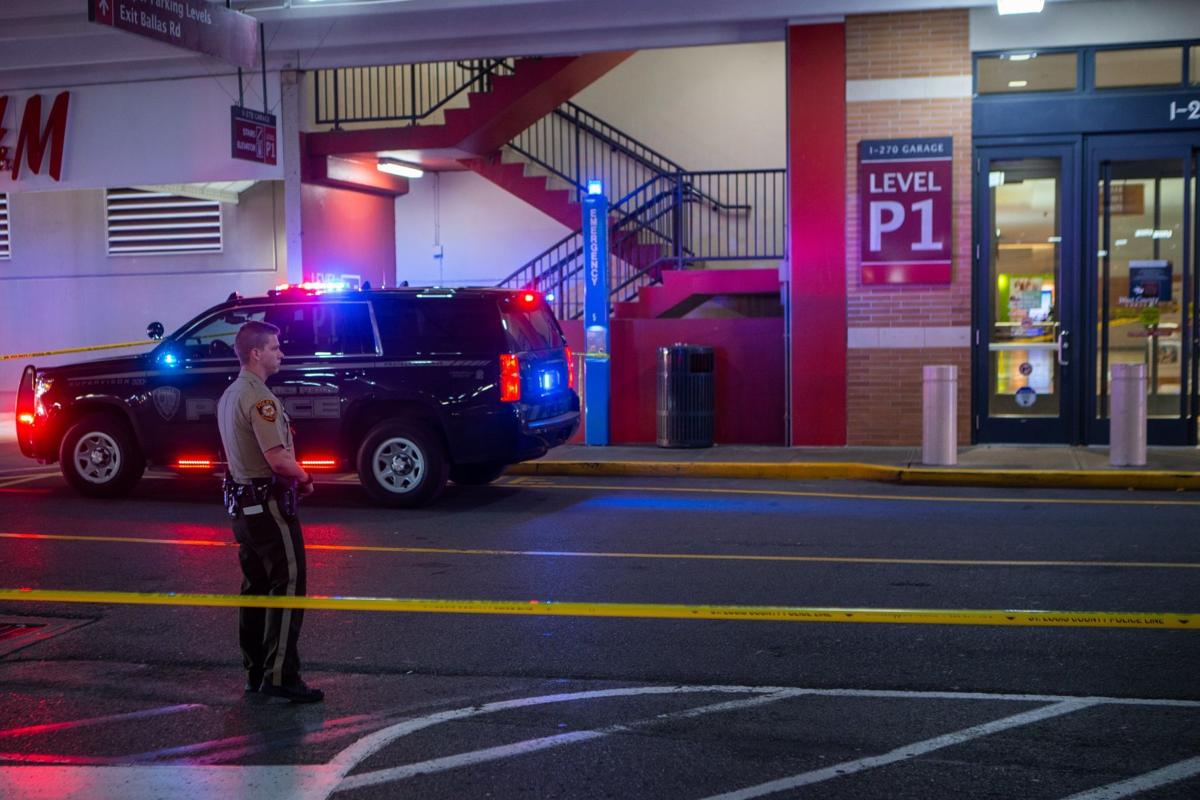 A St. Louis County police officer stands guard near the first level entrance of the parking garage at West County Center after a shooting on Saturday, July 3, 2021, in Des Peres. Photo by Daniel Shular, dshular@post-dispatch.com 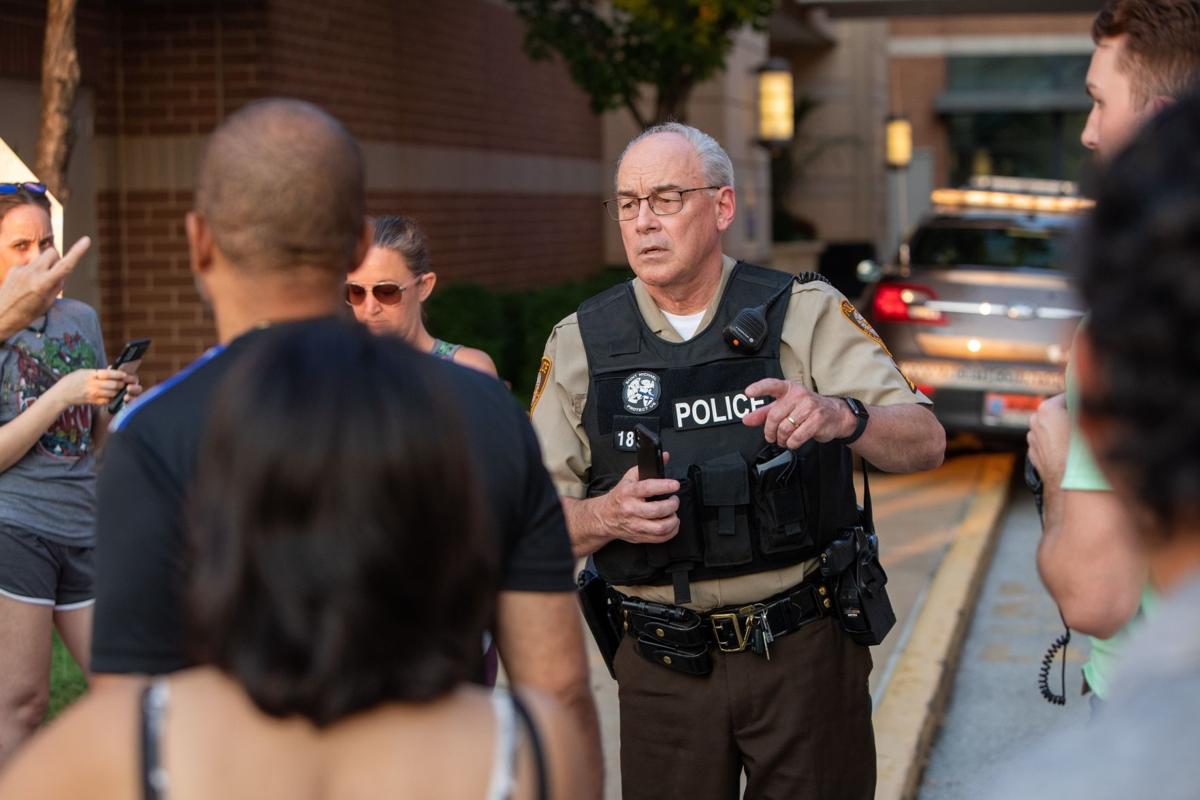 An officer with St. Louis County police helps direct stranded workers from West County Center to where they can retrieve their personal belongings after evacuating the mall during a shooting on Saturday, July 3, 2021, in Des Peres. Photo by Daniel Shular, dshular@post-dispatch.com 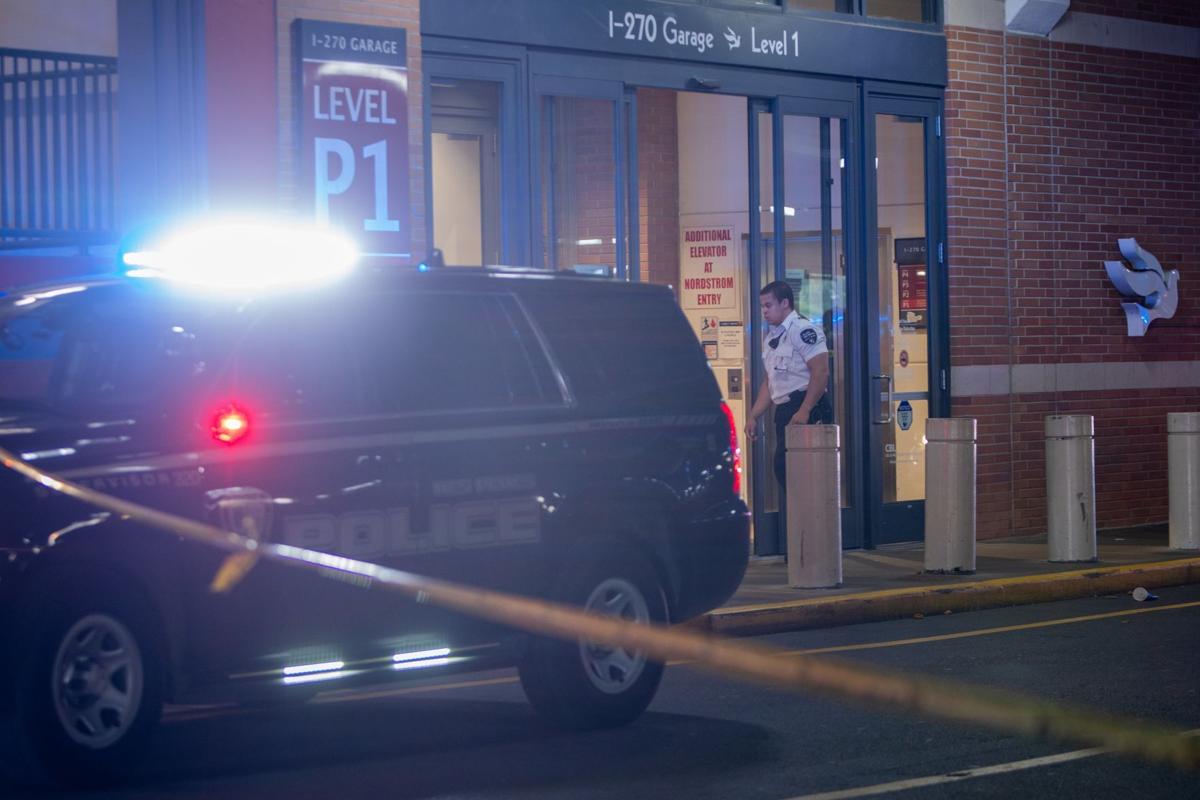 DES PERES — West County Center closed early on Saturday after a person was shot inside the mall.

Officers responded about 6:20 p.m. “after an altercation occurred” between two people inside a store and shots were fired, Des Peres police said in a statement. One person was struck and was pronounced dead at a local hospital, police said.

Armed officers inside the mall could be seen searching for a shooter. But about 9 p.m. Des Peres police said there was no further threat to the public.

A police spokesperson said both people involved were male, and no one was in custody. The shooting occurred on the lower level of the mall.

Your membership makes our reporting possible.

Police evacuated some shoppers and employees at the mall; others were on lockdown inside.

“Emergency Alert: There was a shooting at West County. Police have responded. Please remain in lockdown until police have cleared the scene. The mall is closed.”

Dozens of police vehicles massed outside the mall before dark. Employees stood in groups, some could be heard wondering whether they would be able to get their belongings from inside so they could leave. A woman approached police and said her brother had been shot.

Des Peres police have asked the Major Case Squad to help with the investigation.

This was the second time shots have been fired inside the mall this year. In April, a gunman fired a shot at the floor during an argument between two groups of people. Check back for updates on this breaking story.

Want to stay smart about what’s happening in St. Louis? Make a modest investment in a Post-Dispatch subscription and I’ll tell you how developments around the world affect local businesses big and small.

Daily updates on the latest news in the St. Louis business community.