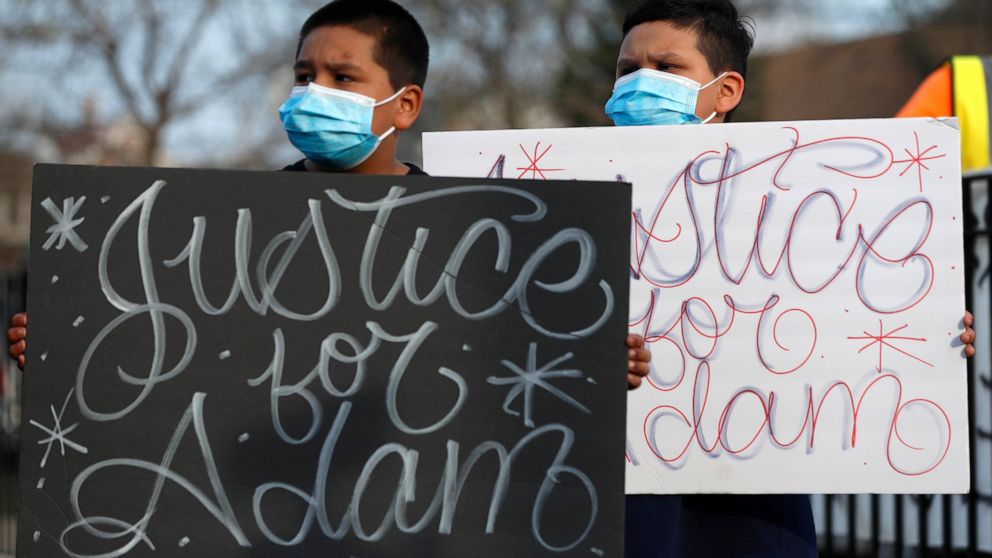 CHICAGO — The family of a Chicago teenager fatally shot by a police officer last month has viewed video of the shooting, the city’s Civilian Office of Police Accountability announced late Tuesday.

The agency said it would not immediately release the video at the request of the family of Adam Toledo, 13.

“COPA has advised family representatives that, while it is acutely sensitive to the family’s grief and their desire to avoid public release of materials related to Adam’s tragic death, COPA is mandated to comply with the City’s Video Release Policy,” the agency said in its state. The policy calls for the release of some evidence related to police shootings of civilians.

In a statement released by the law firm representing the family, relatives of Adam Toledo viewed the video and other evidence relating to the shooting of the teenager.

“The experience was extremely difficult and heartbreaking for everyone present and especially for Adam’s family,” the statement said. ”We want to thank COPA for giving the Toledo family the opportunity to review body camera video and other evidence before its public release. We are continuing to conduct our own investigation as we seek justice for Adam and his family. We are meeting with representatives of the city of Chicago and will have no further comment on the facts in the case at this time.”

The video has been viewed by COPA officials, who have been tight-lipped by what it shows. However, according to accounts of the shooting by authorities, Toledo was shot once in the chest by a police officer and was armed with a handgun the March 29 night of the shooting.

Police said officers were dispatched to the Little Village neighborhood on the city’s West Side shortly before 3 a.m. after the department’s ShotSpotter technology detected the sound of eight gunshots in the area. When they arrived, Toledo and a 21-year-old man ran away. While chasing the teen, there was an “armed confrontation” during which the officer shot him once in the chest, police said.

Ruben Roman was arrested at the scene of Toledo’s shooting on a misdemeanor charge of resisting or obstructing a peace officer. Roman was arrested on an unrelated warrant last week and charged with child endangerment, aggravated unlawful use of a weapon and reckless discharge of a firearm for his actions that night.

Bond was set at $150,000 for Roman on the case related to the Toledo shooting. He being held without bond because of a separate case, according to court records.

The release of the video of Toledo’s shooting by COPA, which investigates police shootings, has been highly anticipated in a city that has a history of suppressing police videos. A judge had to order the city to release dashcam video of the 2014 fatal shooting of Black teenager Laquan McDonald by a police officer Jason Van Dyke, who was eventually convicted of second-degree murder in the case.

The police accountability office initially said that because the boy was a minor it was prohibited by law from releasing the body camera video of the shooting. But after calls for its release from the community, including Mayor Lori Lightfoot and Police Superintendent David Brown, the office reversed course and said the video would be released.