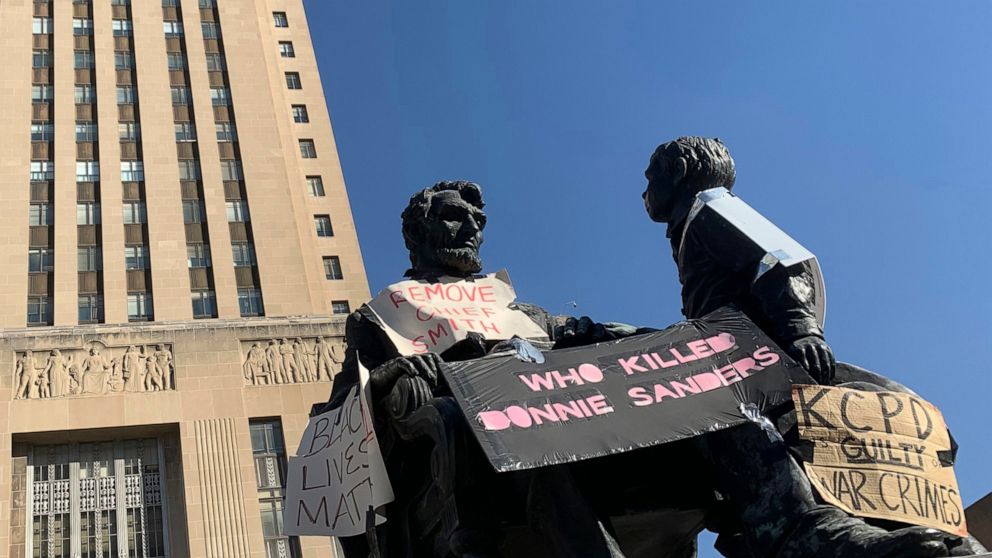 The family of a Black man shot and killed by a white Kansas City, Missouri, police officer in 2020 is suing the officer and the Board of Police Commissioners for at least $10 million

KANSAS CITY, Mo. — The family of a Black man who was shot and killed by a white Kansas City police officer in 2020 is suing the officer and the Board of Police Commissioners for at least $10 million.

The federal lawsuit filed Thursday by Donnie Sanders’ family accuses the officer, Blayne Newton, of using excessive force when he shot Sanders on March 12, 2020. It also accuses the board, which oversees the Kansas City Police Department, of not properly training or disciplining officers in the use of deadly force, The Kansas City Star reported.

Leslie Foreman, a spokeswoman for the police, said the department does not comment on pending litigation.

Sanders’ death is one of the prominent cases in Kansas City involving Black people cited by civil rights activists when pushing for changes to the Police Department.

Newton shot Sanders, 47, three times after he followed Sanders’ vehicle into an alley. Sanders parked the vehicle and ran, with Newton chasing him, police have said.

Police dashcam video records Newton yelling commands at Sanders to stop and show his hands but the video does not capture the shooting. Kansas City police were not wearing body cameras at the time but have since begun doing so.

Newton told investigators he believed he saw a gun in Sanders’ hand. No weapon was found; investigators said Sanders had only a cellphone in his jacket pocket.

Jackson County Prosecutor Jean Peters Baker, citing an investigation by Kansas City police and the Missouri State Highway Patrol, determined last year that the witnesses’ statements collaborated Newton’s account that he shot Sanders because he was afraid for his life.

Newton was not charged and returned to work as a patrol officer.

He underwent another review after witnesses said he put his knee on the back of a Black woman who was on the ground during an arrest — another case that sparked protests.