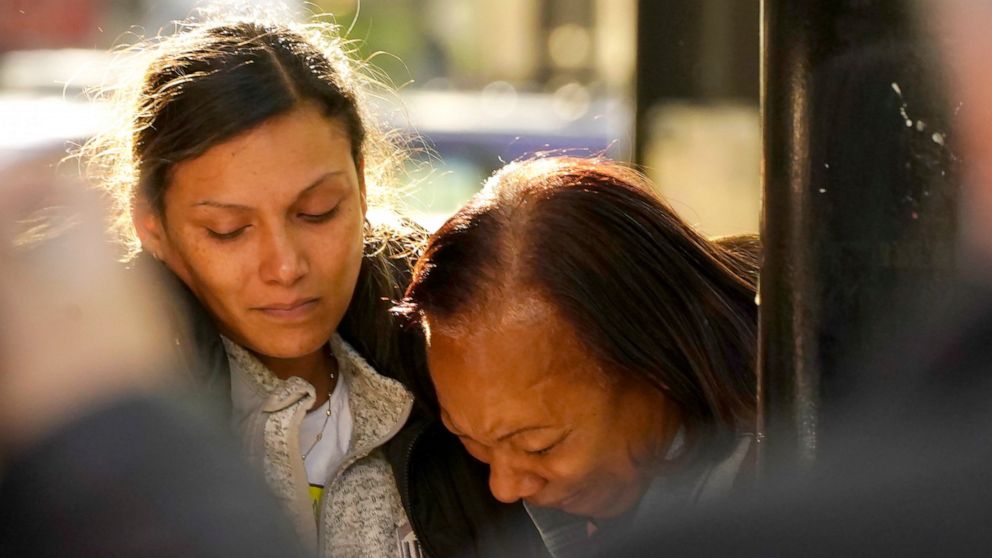 SACRAMENTO, Calif. — A father of four. A best friend with a positive personality. A vivacious partygoer. The six people who were killed during a mass shooting in California’s capital city were remembered by their friends and family on Monday as few details were released about the weekend violence.

Investigators were searching for at least two shooters who were responsible for the violence on the outskirts of Sacramento’s main entertainment district that occurred as bars and nightclubs were closing. On Monday morning, small memorials with candles, balloons and flowers had been placed near the crime scene.

Few details have been made public as police seek to piece together the incident and implore witnesses to come forward with tips and videos.

Harris and Turner were cousins, according to FOX 40.

Melinda Davis was a “very sassy lady” who lived on the streets of Sacramento near the shooting site, The Sacramento Bee reported.

Shawn Peter, a guide with the Downtown Sacramento Partnership who had known Davis for 15 years, told the newspaper that she had been homeless and lived in the area on and off for a decade.

Officials had helped her find housing before the pandemic began but she had returned to the downtown business district in recent months, Peter said. A small bouquet of purple roses with a note saying “Melinda Rest In Peace” was left on the street in her memory.

“Melinda was a very eccentric individual, a very sassy lady,” he told the newspaper. “This was her world, 24/7.”

Described by family members as the life of the party, Harris was a frequent presence at the London nightclub which is near the shooting scene.

“My son was a very vivacious young man,” his mother, Pamela Harris, told KCRA 3. “Fun to be around, liked to party, smiling all the time. Don’t bother people. For this to happen is crazy. I’m just to the point right now, I don’t know what to do. I don’t even feel like this is real. I feel like this is a dream.”

His family members congregated at the crime scene Sunday after they hadn’t heard from him for hours. Later that day, Harris was the first victim publicly identified by the coroner.

“This is a sad and terrible act of violence that took the lives of many,” his wife, Leticia Harris, told KCRA 3. “I want answers so I can have closure for my children.”

Martinez-Andrade was killed in front of her best friend, according to ABC 10.

She was described as someone who “brought light to the room,” the station reported, and had a positive outlook.

“There was never a dull moment with her. She has a beautiful heart and a beautiful mind. Everyone misses her so much,” her best friend, who was not named, told ABC 10.

Turner had spent his night out with friends and his cousin at the London nightclub, his father, Frank Turner, told FOX 40.

“He was out just having fun with his friends,” Frank Turner told the TV station.

Devazia Turner lived in Vacaville, about 30 miles (48 kilometers) southwest of the crime scene, but was from Sacramento, his father told ABC 10.

His sister, Tamika Young, told KPIX TV that Turner was the father of four children.

“I just want to make sure the world knows that he was loved,” Young said. “My little brother, he was a family dude. … He had love in him.”