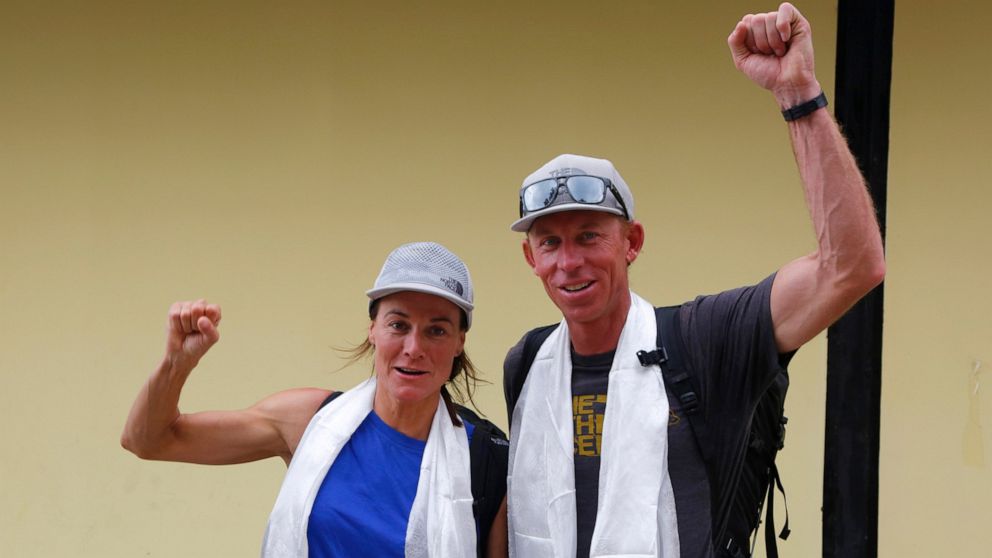 FILE- Hilaree Nelson of Telluride, Colorado, left and James Morrison of Tahoe, California, raise their fists as the pair arrived in Kathmandu, Nepal, Oct. 4, 2018. Rescuers in a helicopter were searching on the world’s eighth-highest mountain Tuesday for Nelson, the famed U.S. ski mountaineer a day after she fell off the mountain near the peak. Nelson, 49, was skiing down from the 8,163-meter (26,775-foot) summit with her partner Jim Morrison when she fell off the mountain, according to Jiban Ghimire of the Kathmandu-based Shangri-La Nepal Trek that organized and outfitted the expedition.(AP Photo/Niranjan Shrestha, File)