Facial Recognition at Airports: What You Need to Know 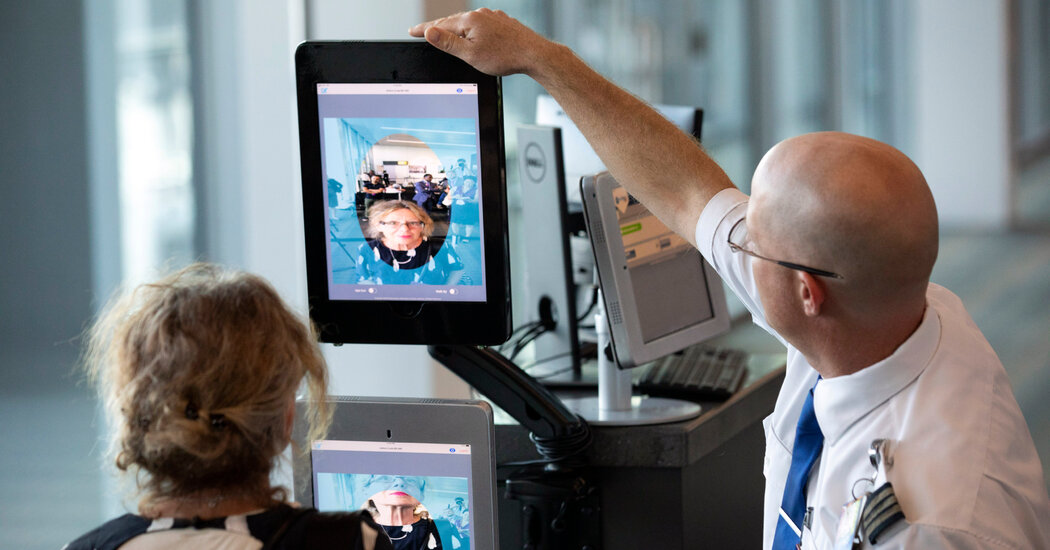 How many impostors has the technology identified?

Since deployment, in about the first three years, primarily in the air passenger environment and somewhat in maritime, we have identified about 300 impostors using the technology. That doesn’t mean we would not have otherwise identified them. In the last year, at pedestrian land crossings at the southern land border, it caught about 1,000 to 1,100.

Critics fear digital systems will be used for surveillance. How are you ensuring privacy?

Our business use case is in identifying individuals at a time and place where they would normally expect to present themselves for identity verification. We are not grabbing images and scraping social media. Individuals are presenting a passport and we have a repository to tap into and build galleries in advance of their arrival using U.S. passport photos and photos of those who have applied for visas. So we build these galleries in the airport and maritime environments based on information already provided for identity verification. We match it to the information we have.

And we’re making sure there’s secure encryption. When a gallery is created, that photo isn’t attached to any information and can’t be reverse engineered to be compromised. The design is based on the privacy measures we knew had to be in place. Images for U.S. citizens are retained less than 12 hours and often times much less.

How are you handling the threat of unconscious bias in the programming, which could lead to higher rates of errors for some groups, including people of color?

That’s certainly something we’re very tuned into. We have partnered with the National Institute of Standards and Technology to provide information on the program. Our high-performing algorithms show virtually no demonstrable difference when it comes to demographics.

How are travelers notified that they can opt out?

We post signage at all ports of entry. Individuals opting out need to notify the officer at inspection. It would then revert to the manual process.

Is the technology at all border checkpoints?

We have it rolled out in pedestrian lanes at land borders. In the air environment, we’re covering about 99 percent with Simplified Arrival. The land border is the final frontier. We just completed a 120-day pilot in the car lanes at Hidalgo, Texas, and we’ll be evaluating the outcome. At cruise terminals, we’re in the 90 percent range. We’re working with nine major carriers at eight ports of entry, including Miami, Port Canaveral and Port Everglades, all in Florida.

How do you address biometric skeptics?

We welcome the scrutiny from privacy advocacy groups. We want to be able to tell and share the story about the investment we’ve made with respect to privacy. There are so many myths and so much misinformation out there, conflating what we do with surveillance. Anytime new technology is rolled out, there are always legitimate concerns. We welcome those questions. They help us answer better when we are building out these systems.