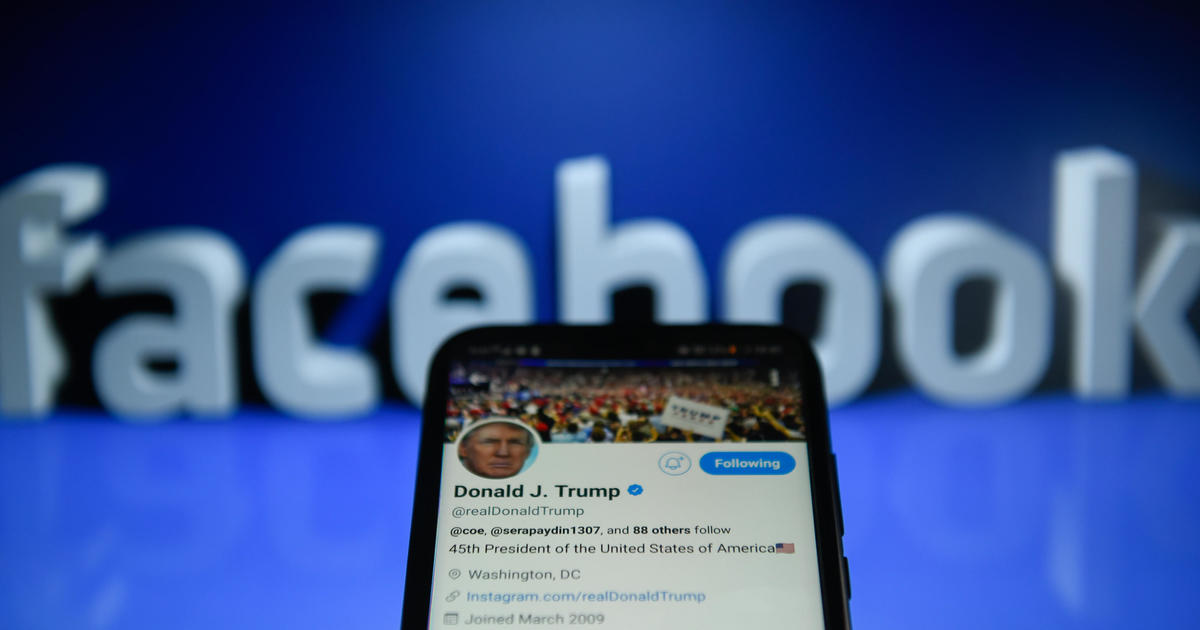 Facebook is banning former President Trump from its platform for at least two years, after finding that his posts on January 6 stoked violence and posed a risk to public safety.

And, as part of a new enforcement policy for public figures, the social media giant isn’t guaranteeing that Mr. Trump will be allowed to return at the end of the ban.

“At the end of this period, we will look to experts to assess whether the risk to public safety has receded,” Nick Clegg, Facebook’s vice president of global affairs, wrote in a blog post. “If we determine that there is still a serious risk to public safety, we will extend the restriction for a set period of time and continue to re-evaluate until that risk has receded,” he added.

Clegg said Facebook will consult with experts and consider external factors, including instances of violence and other markers of civil unrest to determine if the risk to public safety has receded.

When the suspension is eventually lifted, Facebook said there will be a set of rapidly escalating sanctions if Mr. Trump commits further violations, including permanent removal of his pages and accounts.

Mr. Trump called Facebook’s ruling “an insult” to his supporters. “They shouldn’t be allowed to get away with this censoring and silencing,” he responded in a brief statement. The two-year ban is considered to have begun on January 7, when Mr. Trump was initially suspended from Facebook, and it will keep him off the platform through the 2022 midterm elections.

Facebook’s new enforcement policy, which specifically applies to public figures during times of civil unrest and violence, incorporates a series of time-bound suspensions for policy violators. The two-year suspension is the harshest penalty available under Facebook’s new protocols.

The policy changes come as part of a set of responses to the Facebook Oversight Board’s recommendations in May regarding its suspension of Mr. Trump.

Last month, the independent Oversight Board, which is funded by Facebook, said the platform was right to suspend Mr. Trump, but added that it was “not appropriate for Facebook to impose the indeterminate and standardless penalty of indefinite suspension.”

Clegg acknowledged that Facebook “did not have enforcement protocols in place” to adequately respond to the situation it faced on January 6 as Mr. Trump’s posts encouraged violence at the U.S Capitol.

“We had an election that was stolen from us. It was a landslide election,” Mr. Trump falsely claimed in a video posted to Facebook as his supporters breached past the security barricades at the Capitol.

Facebook removed the video but hours later Mr. Trump wrote in another post “these are the things that happen when a sacred landslide election victory is so unceremoniously & viciously stripped away from great patriots who have been badly & unfairly treated for so long.”

“We know that any penalty we apply — or choose not to apply — will be controversial. There are many people who believe it was not appropriate for a private company like Facebook to suspend an outgoing President from its platform, and many others who believe Mr. Trump should have immediately been banned for life,” Clegg wrote.

Soon after suspending Mr. Trump on January 7, Facebook turned its decision over to the newly created Oversight Board to decide whether it had made the right call. After reviewing the case for several months, the board unexpectedly kicked the matter back to Facebook and told the platform to either suspend Mr. Trump permanently or allow him to return.

Mr. Trump released a statement calling Facebook’s ruling an “insult” to the 75 million people who voted for him in 2020. “They shouldn’t be allowed to get away with this censoring and silencing, and ultimately, we will win,” he said. In a subsequent statement, Mr. Trump said, “The next time I’m in the White House there will be no more dinners, at his request, with Mark Zuckerberg and his wife.”

The Oversight Board said in a statement that it is “encouraged” to see Facebook adopting many of its policy recommendations. “The Board believes the steps Facebook has committed to today will contribute to greater clarity, consistency and transparency in the way the company moderates content, and promote public safety, defend human rights and respect freedom of expression.”

Among the changes is a major reversal of a controversial policy previously supported by CEO Mark Zuckerberg that automatically exempted politicians from some content moderation rules on the platform.

Since 2016, Facebook has considered the “newsworthiness” of a post from a politician when deciding to act on it. The platform allows certain content that it deems to be newsworthy or important to public interest even if it might violate community standards.

Moving forward, Facebook said it will remove content if the risk of harm outweighs the public interest. But the “newsworthiness” test for political speech is not being eliminated entirely.

The social media giant says that it will also begin publishing explanatory notes on the rare instances when it applies the newsworthiness measure on a post that violates standards but is deemed to be in the public interest.