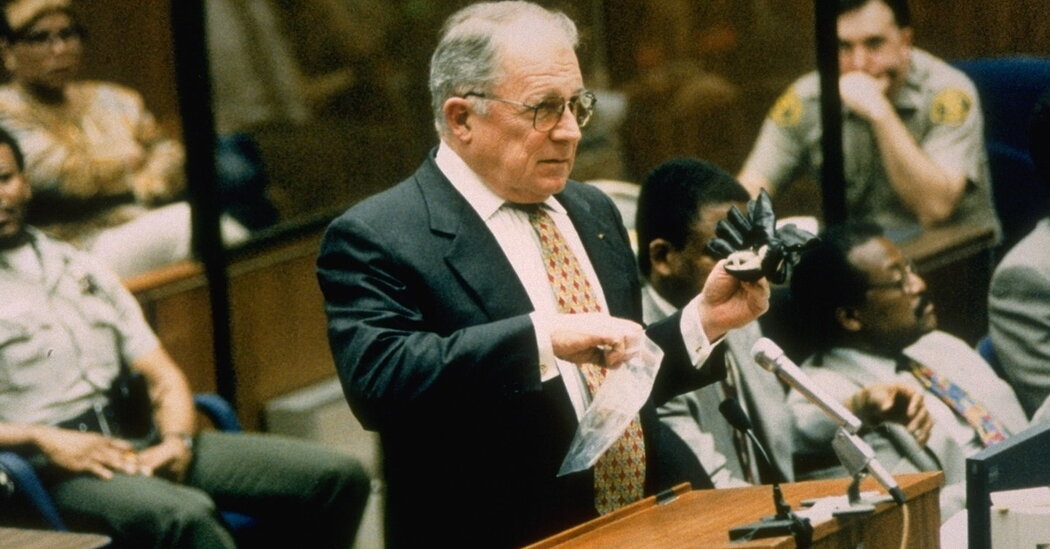 Behind every performance lay enormous preparation: a gathering of facts by his private investigators, hours of legal analysis, all crammed into the encyclopedic Bailey memory, and finally the smooth, tightly controlled presentation in court — a Q. & A. forming a narrative that might save a client’s life.

Soon after the Sheppard case, Mr. Bailey was called to Bridgewater State Hospital in Massachusetts, which housed sex offenders and the criminally insane. Albert DeSalvo, an inmate, told Mr. Bailey that he was the Boston Strangler who had raped and slain 13 women from 1962 to 1964, supposedly providing details only the killer could know. Mr. DeSalvo, facing unrelated rape and assault charges, was not yet suspected in the killings, and Mr. Bailey agreed to represent him.

At the 1967 trial, he took a risk and raised the confession, trying to show that his client was insane, but a judge ruled it inadmissible, and Mr. DeSalvo was convicted, found sane and sentenced to life in prison. “Massachusetts just burned another witch,” Mr. Bailey said.

Doubts about the case lingered for more than 40 years as legal experts and writers insisted that Mr. DeSalvo was not the strangler. There was no evidence to support his confession, no one was ever tried for the killings, and Mr. DeSalvo was murdered in his cell in 1973 by other inmates.

But in 2013, DNA found in the home of the strangler’s last victim, Mary Sullivan, and long kept in storage was linked to DNA taken from a water bottle used by a nephew of Mr. DeSalvo’s. On the basis of a possible DNA link between uncle and nephew, a judge ordered Mr. DeSalvo’s remains exhumed for tests. They established a certain link between him and Ms. Sullivan. The results did not prove that Mr. DeSalvo was the Boston Stranger, however — only that he had most likely killed Ms. Sullivan, the authorities said.

In 1971, Mr. Bailey defended Capt. Ernest L. Medina in a court-martial over one of the Vietnam War’s most notorious atrocities, the 1968 massacre of 104 South Vietnamese villagers in what had become a flash point in the antiwar movement. The captain was charged with killing a woman and allowing his men to slaughter villagers. Mr. Bailey said that his client had shot the woman in an “instinctive battlefield reaction,” and that he had not known that his troops were out of control until it was too late.