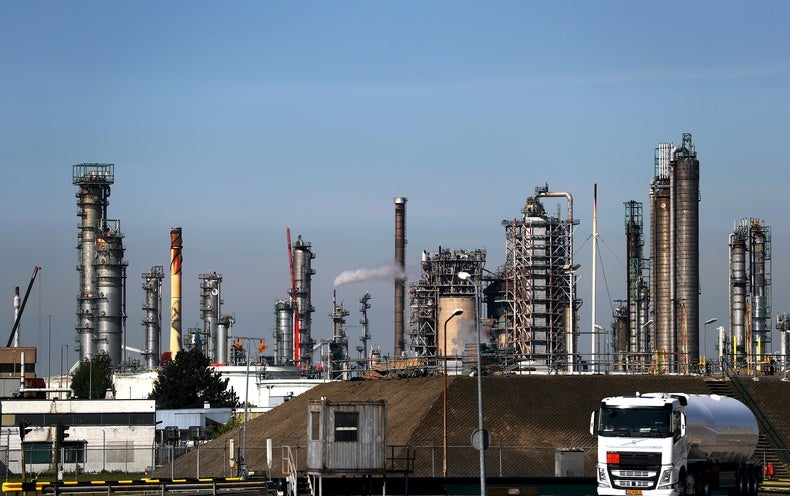 Exxon Mobil Corp. has used language to systematically shift blame for climate change from fossil fuel companies onto consumers, according to a new paper by Harvard University researchers.

The paper, published yesterday in the journal One Earth, could bolster efforts to hold the oil giant accountable in court for its alleged deception about global warming.

“This is the first computational assessment of how Exxon Mobil has used language in subtle yet systematic ways to shape the way the public talks about and thinks about climate change,” Geoffrey Supran, a research fellow at Harvard and co-author of the paper, said in an interview with E&E News.

“One of our overall findings is that Exxon Mobil has used rhetoric mimicking the tobacco industry to downplay the reality and seriousness of climate change and to shift responsibility for climate change away from itself and onto consumers,” he added.

A spokesperson for Exxon Mobil disputed the paper, calling it part of a coordinated legal campaign against the company.

Supran and co-author Naomi Oreskes, a professor of the history of science at Harvard (and Scientific American columnist), conducted a computational analysis of 180 Exxon Mobil documents from 1972 to 2019, including peer-reviewed publications, advertorials in The New York Times and internal memos.

Using a series of algorithms, the Harvard researchers found that Exxon Mobil had privately relied on some terms while publicly avoiding them altogether.

The public communications sought to deflect responsibility for climate change away from the oil giant and onto individual consumers who heat their homes and fill their cars with gas, the researchers wrote.

Following their merger in 1999, Exxon and Mobil also increasingly presented climate change as a “risk,” rather than a reality, the analysis found.

This language sought to minimize the dangers of global warming while not denying their existence outright, the paper says.

The researchers drew a direct comparison between Exxon Mobil and major tobacco companies, which they said used similar tactics to shape public discourse about smoking cigarettes.

“These patterns mimic the tobacco industry’s documented strategy of shifting responsibility away from corporations — which knowingly sold a deadly product while denying its harms — and onto consumers,” they wrote.

In the 1990s, attorneys general from all 50 states sued the largest U.S. tobacco companies over their alleged deception about the harmful health effects of smoking cigarettes and the addictive nature of nicotine. The suits culminated in a $206 billion master settlement agreement (Climatewire, March 10).

Since 2017, five states and more than a dozen municipalities have filed similar suits alleging that the biggest U.S. oil and gas companies misled the public about the climate risks of burning fossil fuels. The complaints ask the oil industry to help cover the costs of addressing floods, wildfires and other disasters fueled by rising global temperatures.

Supran said that although he didn’t conduct the study with the climate liability litigation in mind, the findings can nonetheless inform the legal fights.

“Obviously, we did this completely independently. I’ve never spoken to any of the lawyers involved,” Supran said. “But certainly with hindsight, our insights may be relevant, especially to these more nascent cases alleging deceptive marketing.”

Asked for comment on the paper, Exxon spokesperson Casey Norton said in an email to E&E News: “This research is clearly part of a litigation strategy against Exxon Mobil and other energy companies.”

Norton noted that Oreskes is on retainer with Sher Edling LLP, a San Francisco-based law firm that represents a slew of the challengers in the climate liability suits. “Oreskes did not disclose this blatant conflict of interest,” he said.

Norton also pointed to the paper’s partial funding from the Rockefeller family, which Exxon has accused of supporting a climate conspiracy against the company (Climatewire, May 4).

“The research was paid for by the Rockefeller Family Fund, which is helping finance climate change litigation against energy companies,” he said. “This follows a previous study attacking Exxon Mobil that used a similar discredited methodology.”

Norton was referring to a 2017 paper by Supran and Oreskes in the journal Environmental Research Letters that found Exxon’s communications from 1977 to 2014 misled the public about climate science.

“Exxon Mobil supports the Paris climate agreement, and is working to reduce company emissions and helping customers reduce their emissions while working on new lower-emission technologies and advocating for effective policies,” he said.

In a joint statement to E&E News, Supran and Oreskes pushed back on Norton’s allegations.

“Sher Edling played no role in the paper we published today, nor in any other academic work we have done. They have not funded any of our studies; they have not reviewed our data or interpretations prior to its peer-reviewed publication; and we have never discussed any of our work concerning ExxonMobil with them. Therefore, there is no conflict of interest and nothing to disclose,” the researchers said.