Extreme Heat Exposure Could Really Ramp Up in U.S. Cities 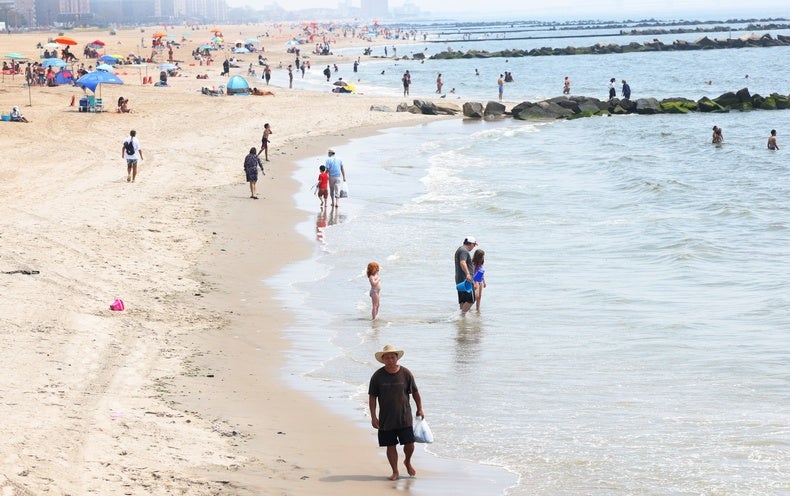 Human exposure to extreme heat could increase dramatically across U.S. cities by the end of the century, a new study finds.

As climate change worsens, urban development expands and populations grow, more people will experience high temperatures for longer periods of time. In a severe scenario, according to the study, exposure could increase twelvefold to thirtyfold across the country.

It’s alarming news, as extreme summer temperatures are already wreaking havoc across the United States this year. The month of July broke local temperature records around the country, with a number of cities experiencing their hottest month in history.

Meanwhile, extreme heat in California during the past week prompted the state to issue a series of rolling power outages designed to manage strain on the electrical grid—the first rolling outages ordered since 2001. On Sunday, California’s Death Valley recorded a staggering high of 130 degrees Fahrenheit, the highest temperature recorded on Earth since at least 1931.

As the climate continues to warm, these kinds of extremes will only happen more often. Research consistently projects that heat waves and other extreme heat events will become more frequent and more intense between now and the end of the century.

But the new study, published yesterday in Proceedings of the National Academy of Sciences, suggests the future could be even more dire than previously thought.

The researchers used two global climate models to simulate a severe future climate scenario, one in which global average temperatures could rise by around 9 F by 2100. They then used these simulations to inform regional models zeroing in on metropolitan areas across the United States.

The researchers focused on the way that local extremes might change across the country. They were careful to note that extreme heat isn’t the same from one city to the next. Temperatures that might be considered very hot in New York City, for instance, might be relatively typical in a city like Phoenix.

“Trying to put a one-size-fits-all blanket temperature across cities is a gross oversimplification because people experience temperatures differently depending on where they are,” Georgescu said in an interview.

With that in mind, the researchers defined “hot days” as days in the 99th temperature percentile for that particular city.

It’s a departure from other similar research, the authors note. Other recent studies have often chosen a blanket temperature threshold to define extreme heat for every region—temperatures over 95 F, for instance.

These kinds of studies have also consistently found that heat exposure will increase across the United States in the coming decades, but exposure levels aren’t as severe in many of those studies.

A challenge for cities

The new study paints a grim potential forecast in which some cities could see as many as 70 additional hot days each year by the end of the century, with more and more people threatened as the population also grows.

Major U.S. cities, such as New York, Atlanta and Los Angeles, are expected to see the biggest increases in heat exposure. New York City, in particular, could see twice the annual increase in human exposure of any other metropolitan region.

That said, the majority of the hardest-hit cities are located in the Sun Belt region, stretching across the southern United States.

Urban development plays some role in the rising temperatures, the study notes. As cities expand, they can wipe out vegetation and increase the urban heat island effect, a phenomenon that causes urban areas to be hotter than their rural surroundings.

But the combination of climate change and population growth still has the biggest effect.

The scenario depicted in the new study isn’t an inevitable future. The assumptions included in the models are severe, and stringent climate action could still stave off some of the worst effects of future climate change.

But the study does serve as a warning about what’s possible—and about the importance of preparing for the worst.

Aging electrical infrastructure is not necessarily prepared for the kinds of extremes that are possible in the coming decades, Georgescu pointed out. But there’s still time for an overhaul if decisionmakers know what they need to plan for.

Cities should also be considering better ways to communicate risks to their inhabitants, especially to homeless populations and people without access to smartphones or the internet, he added. And city planners should be thinking about ways that improved urban design—such as trees, green spaces or reflective rooftops—could help mitigate those risks.

Reducing global greenhouse gas emissions is the only way to slow the progression of human-caused climate change. But temperatures are still rising in the meantime, and they’re already hitting new extremes every year.

That means cities should be carefully considering ways to adapt to their changing climate, even as they’re working to reduce their emissions, Georgescu suggested.

“These urban-level considerations—that the urban climate community, for example, thinks about all the time—I think are very pivotal when it comes to developing appropriate, actionable climate action plans that are beneficial to the citizenry,” he said. “If you’re focusing [only] on limiting emissions, you’re missing half the problem. And if you’re missing half the problem, you’re putting your citizenry at risk.”

What Can the DOE Actually Do on Climate?