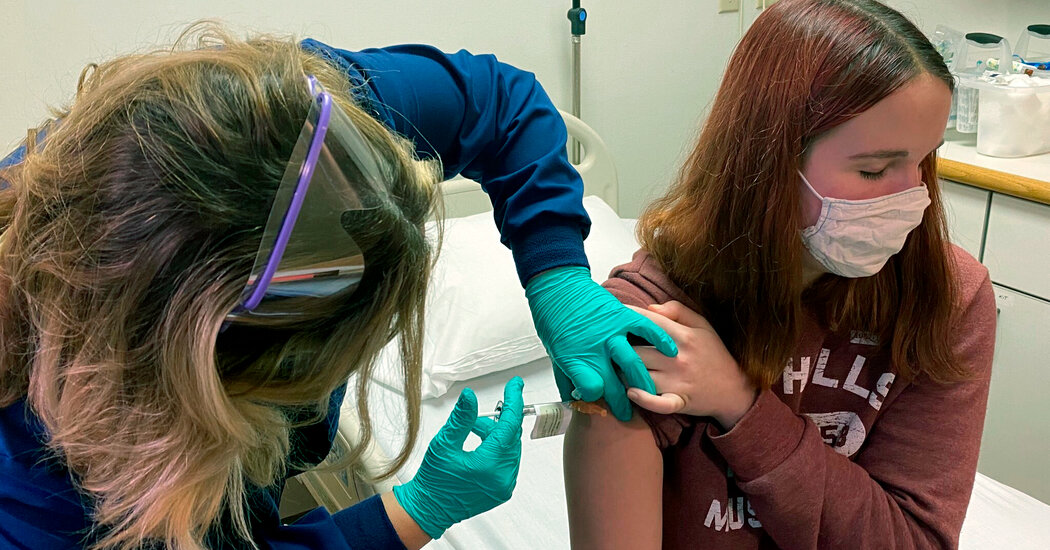 Vaccine experts peppered officials at the Food and Drug Administration with a range of questions on Thursday about its guidelines for approving a coronavirus vaccine, pushing the agency on whether it should wait longer to collect more safety data and whether an emergency approval could jeopardize the outcome of the broader clinical trials.

The stakes, the experts said, could not be higher. Even as a vaccine is seen as crucial to ending the pandemic, opinion polls have shown that Americans are increasingly skeptical about the products and worry that the vetting process is being rushed.

The meeting, which lasted all day and was broadcast on YouTube, also included a presentation by a nonprofit group that interviewed people about their views about a coronavirus vaccine. Several people of color expressed concern about whether the vaccine had been studied in people who are Black, Latino or Native American.

Others said their skepticism had historical roots dating to the Tuskegee Syphilis Study, in which government scientists lied to Black men and allowed them to go untreated for syphilis. “I firmly believe that this is another Tuskegee experiment,” one participant said.

The expert panel was not asked to evaluate a specific vaccine — none of the companies developing one so far have results from large clinical trials — but rather to weigh in on how the F.D.A. should vet the candidates. The agency has said that it will ask the panel for its opinion before approving any coronavirus vaccine for emergency use. The agency typically, but not always, follows the advice of its outside experts.

Four companies are conducting late-stage clinical trials in the United States, and some have estimated they will have preliminary data that may allow them to apply for emergency authorization in certain high-risk groups by the end of November. One of the companies, Moderna, said on Thursday that it had fully enrolled its trial of 30,000 participants, the first company to do so.

Several of the experts said that they believed the agency should ask the companies to wait for more safety data. They said the agency’s current guidelines, which require two months of safety data after a volunteer has received the last dose of a vaccine, were not good enough. Collecting longer-term data would allow them to evaluate potential risks, such as whether immunity to the virus wanes after a few months, or whether rare side effects emerge.

The experts were also asked to give their opinions about what should happen to the clinical trials if the F.D.A. were to approve a vaccine for emergency use based on promising early data. Pfizer has said that if a vaccine is approved for emergency use, the company will be ethically obligated to offer the vaccine to people in the trial who received a placebo instead of the actual vaccine. But this would “unblind” the trial by revealing who was in each group, jeopardizing the broader results.

Many of the experts said that the results of the clinical trials — which include 30,000 to 60,000 people — were crucial to understanding whether the vaccines would work and would be safe to give to millions and possibly billions of people.

“It seems to me that continuation of the blinded phase is absolutely critical, and so we should do all that we can to make sure they continue,” said Dr. Luigi Notarangelo, chief of the Laboratory of Clinical Immunology and Microbiology at the National Institute of Allergy and Infectious Diseases in the National Institutes of Health.

Some members said that if emergency use of the vaccine was limited to a small group of high-risk people — nursing home residents or older adults, for example — then the trials should continue, since most people in the placebo group would most likely not be in those high-risk groups.

Some F.D.A. officials, including Marion Gruber, the director of the Office of Vaccines Research and Review, raised another possibility: that instead of an emergency approval, the agency could make the vaccine available in an even more limited way, through something known as “expanded access.” Such programs are typically used to give experimental drugs to severely ill patients, but have been used with some vaccines.

By limiting access to the vaccine in this way, some said, the clinical trials could continue while people who were at extreme risk of dying from Covid-19 could be vaccinated, although precise details were not provided.

But a restricted-access program could carry political risks. President Trump has pushed for vaccines to be widely available, boasting that they would be ready “immediately” as soon as there was positive news. Top federal health officials, however, have said the vaccines — if they are successful — are unlikely to be widely available to all Americans until well into next year.