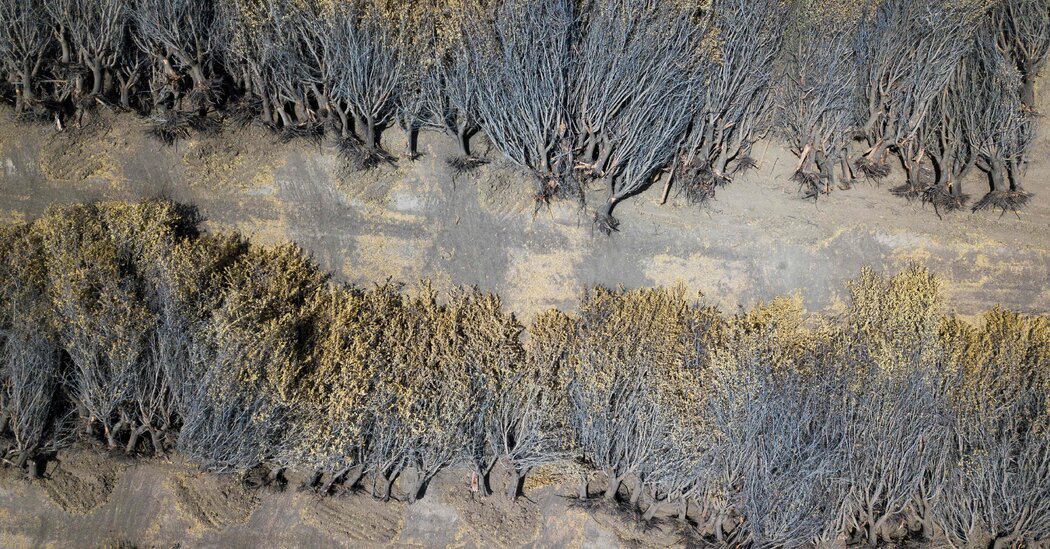 Dry conditions across the West that have dashed hopes for a respite from relentless drought are expected to continue across the region into spring and beyond, forecasters said Thursday.

Dan Collins, a meteorologist with the National Oceanic and Atmospheric Administration, said in a briefing that a continuation of La Niña, a climate pattern that originates in the Pacific Ocean and influences weather worldwide, will contribute to what are expected to be higher than normal temperatures, and lower than normal precipitation, over much of the West through May.

Dr. Collins said he did not expect to see much improvement beyond that month either, especially in California, which suffered from brutally dry conditions last summer that led to water shortages and contributed to several huge wildfires.

“From a climate perspective there doesn’t seem to be a major change in the drier than normal conditions in the coming months,” he said.

Most of the western half of the country remains in drought, although wet weather in the second half of last year reduced the severity of conditions in many areas. The forecast for more warmth and dryness means that the drought will continue over most of the West.

For much of the Southwest that quite likely means that a prolonged severe drought, or megadrought, that began in 2000 will continue for a 23rd year. Scientists who study past climate in the region said in a study published this week that the current megadrought is now the driest two-decade period in at least 1,200 years. Their simulations also predicted that it would continue this year and likely longer.

Dr. Collins said drought could also develop in some areas, notably south-central Arizona and eastern and coastal Texas. The situation could improve in much of eastern Washington state.

During La Niña, colder than normal sea-surface temperatures in the equatorial Pacific affect how much energy is put into the atmosphere, which in turn influences the jet stream, the flow of fast-moving air high in the atmosphere. In the United States La Niña usually, though not always, results in warmer conditions across the southern part of the country.

Dr. Collins said that La Niña was expected to persist through May, and sea-surface temperatures are likely to shift to neutral conditions, neither warmer nor colder, in the summer, reducing the atmospheric effect.

According to the forecast, warmer than normal temperatures are also expected across most of the Eastern half of the country over the next three months. Wetter than normal conditions are forecast for the Ohio Valley and it’s likely that drought will develop in Florida.

Despite the blizzard that hit much of the Northeast in late January, the month was drier than average across the region.

The blizzard was what meteorologists call a bomb cyclone, which occurs when a mass of cold air collides with a warmer one, leading to a very rapid drop in barometric pressure, high winds and, especially if it happens along the coast, heavy snow.

Depleting water supplies. The world’s glaciers may contain less water than previously believed, suggesting that freshwater supplies could peak sooner than anticipated for millions of people worldwide who depend on glacial melt for drinking water, crop irrigation and everyday use.

Samantha Borisoff, a climatologist with the Northeast Regional Climate Center at Cornell University, said that’s what happened on Jan. 28. Forming over warmer-than-usual ocean waters, the storm picked up more moisture, resulting in snow amounts of 3 feet or more in some places.

Ms. Borisoff said that although it’s not possible to know for certain at this point, global warming may have affected the storm’s strength, because as humans pump greenhouse gases into the atmosphere the ocean is getting warmer as well as the atmosphere.

A bomb cyclone depends for its energy in large part on the temperature difference between the cold and warm air masses, so an air mass that develops over a warmer ocean would create a larger temperature difference with the cold mass that developed over land, helping power the storm. As it happens, Ms. Borisoff said, parts of the western North Atlantic Ocean have been “quite warm.”

NOAA data showed that globally, January was the sixth warmest in the modern record, which dates back 143 years. Given La Niña and other factors, the forecasters said there was only a 10 percent chance that 2022 could be the warmest year on record. But as in recent years, as the world continues to warm, this year is virtually certain to be in the top 10 warmest.