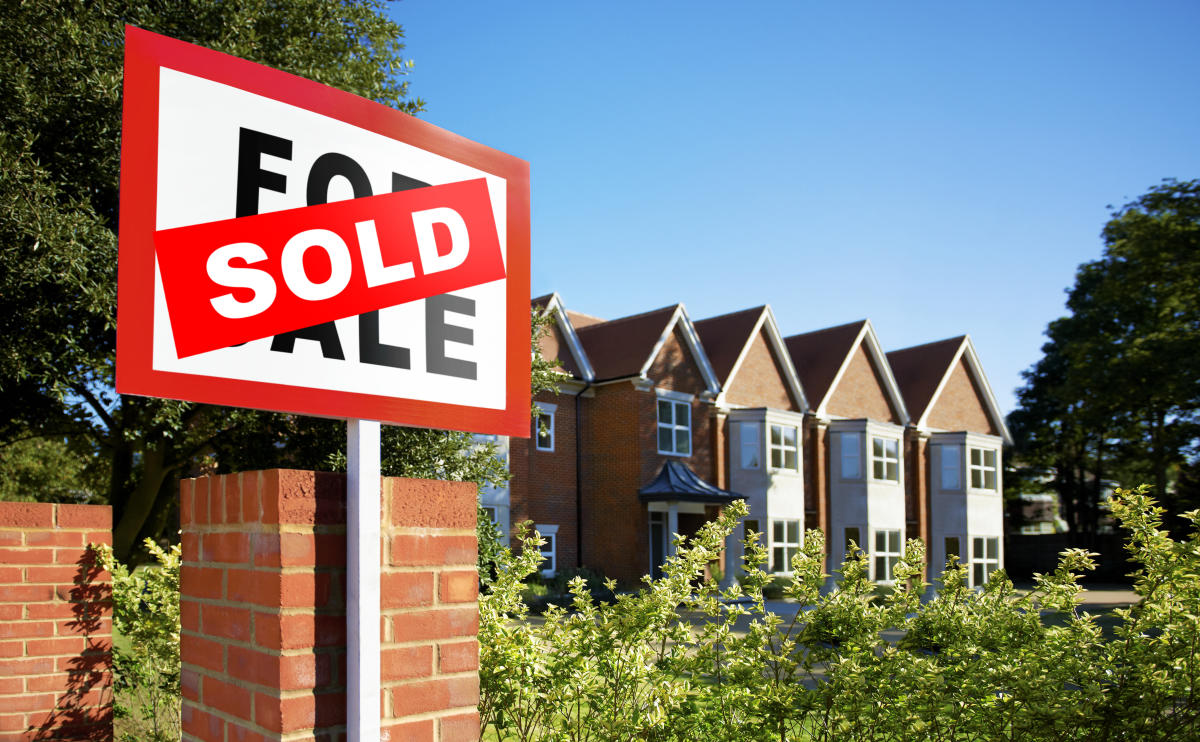 Existing home sales declined 7.2% to a seasonally adjusted 6.02 million units in February from a month earlier, according to the National Association of Realtors (NAR). The number of sales was down 2.4% from the same month a year ago. January home sales figures were revised slightly down to 6.49 million from 6.5 million. The results came in much higher than analysts’ expectations of a 6.2% month-over-month decline to 6.1 million units, according to Bloomberg consensus estimates.

“The latest decline is of larger magnitude than normal,” said Lawrence Yun, chief economist at NAR, noting that anything above 5% is considered a big swing.

Sales in all four regions of the U.S. fell, with the Northeast and Midwest leading the declines by recording a 11.5% and 11.3% drop, respectively. Sales fell 5.1% in the South and 4.7% in the West.

The dip in actual home sales should not have come as a surprise given the decline in pending home sales in the first month of this year and two months prior. Pending home sales, a leading indicator of the housing market, indicates when buyers first sign contracts. So the actual sale of a home usually takes place at least a month later.

“At a stroke, this would bring sales back into line with the mortgage applications numbers, allowing for the usual lag, as our next chart shows,” said Pantheon Macroeconomics in a research note prior to the results. “It’s likely that pending sales in January were depressed by both bad weather and the Omicron wave, but any rebound will be brief, given the declining trend in mortgage demand.”

The median existing-home price for all housing types in February rose 15% to $357,300, up 15.0% from February 2021, as prices grew in each region. This marks 120 consecutive months of year-over-year increases, the longest-running streak on record.

“Housing affordability continues to be a major challenge, as buyers are getting a double whammy: rising mortgage rates and sustained price increases,” said Yun. “Some who had previously qualified at a 3% mortgage rate are no longer able to buy at the 4% rate.”

According to Yun, at the current interest rates, monthly mortgage payments for first-time homebuyers have increased 28% from a year ago.

“As consumers widely anticipated this week’s Federal Reserve rate hike, they had a strong incentive to act quickly on listed homes when submitting new offers and to follow-through on pending deals,” said Hale.

The lack of inventory continues to push prices north. Total housing inventory at the end of February totaled 870,000 units, up 2.4% from January and down 15.5% from one year ago. Unsold inventory sits at a 1.7-month supply at the current sales pace, up from the record-low supply in January of 1.6 months and down from 2.0 months in February 2021.

Yun said every February there is a decline of homes for sale with an uptick in the spring. He remains optimistic that inventory will pick up at the end of the summer given the latest homebuilding activity.

“The recent ramp up in new home construction will help add much needed supply to the market,” said Hale.

U.S. home construction rebounded in February to the strongest pace since 2006, according to new data released by the Commerce Department Thursday. Housing starts jumped 6.8% to a seasonally adjusted annual rate of 1.769 million units last month.

But it will take time for the new inventory to hit the market and meet ongoing demand. Despite the decline in activity last month, existing home sales is still outpacing pre-pandemic activity, which is around 5.5 million homes a month.

“It is still hard to buy. There are multiple offers [on homes],” Yun said. “Mortgage rates are rising, and it will be interesting to see what happens in the upcoming months.”

Read the latest financial and business news from Yahoo Finance