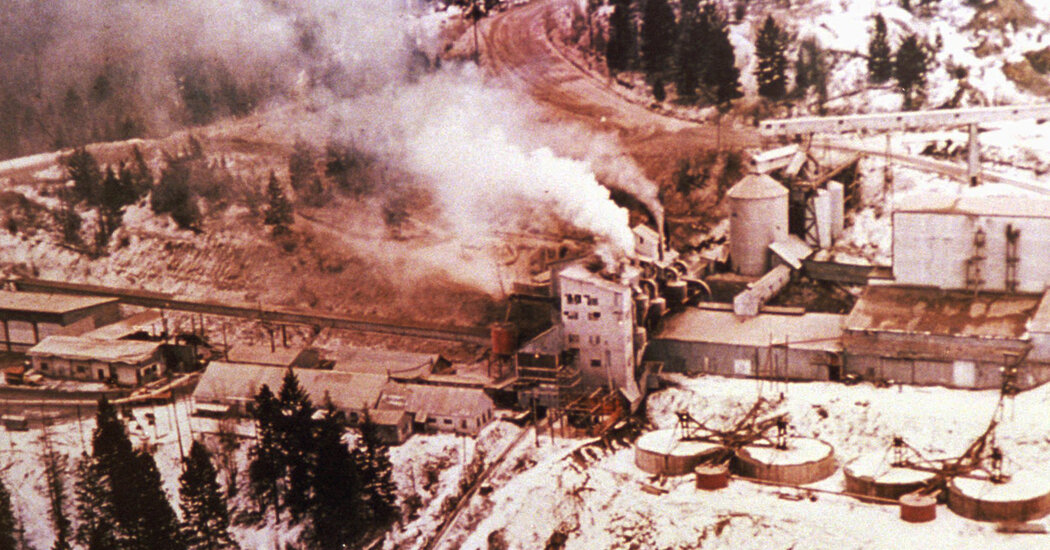 Mr. Hutt worked for W.R. Grace for 18 months in 1968 and 1969 and was diagnosed with asbestosis in 2002. When he went to work there in the dry mill at the age of 27, he said in his deposition, his boss handed him “a broom and a snow shovel and put him to work sweeping.” Workers did not wear masks, he said, because they got clogged up too quickly.

The contamination affected far more than the workers. The U.S. government in 2009 called it “the worst case of industrial poisoning of a whole community in American history.”

W.R. Grace began mining a deposit of vermiculite on a forested peak called Zonolite Mountain near Libby in the 1960s. The relatively harmless mineral, known commercially as Zonolite, was used in attic insulation until the 1980s. But a naturally occurring type of deadly asbestos was found in the same deposit.

The mine produced seven to nine tons of dust a day for 10 years during the time Maryland Casualty was part of the operations, and asbestos sometimes made up 60 to 80 percent of the airborne dust. Dust not only billowed everywhere at the mine and mill, but toxic levels filled the air over much of the small town.

W.R. Grace and Maryland Casualty kept that fact hidden from workers, according to the lawsuit. In 1990, the mine closed. Illness, however, continued to spread.

Few outside Libby knew what was occurring until 1998, when a resident named Gayla Benefield sued W.R. Grace after her mother, Margaret Vatland, died of what community residents had come to call “take home” asbestosis — her father, Perley Vatland, had brought asbestos home on his work clothes and contaminated his wife and children, including Ms. Benefield. “Miners went to work at the mine and came home dusty,” Ms. Benefield said in an interview. “It was a badge of honor.”