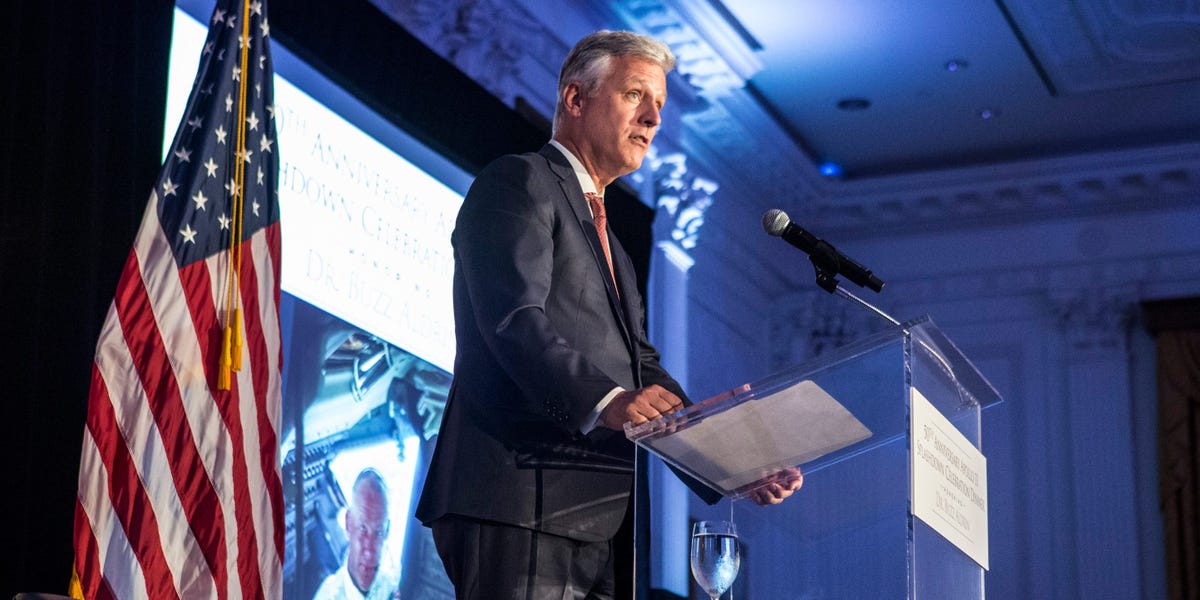 While speaking at the Conservative Political Action Conference (CPAC) in Florida, O’Brien — who served under the former president from 2019 to 2021 — warned of the perils of Putin’s leadership on the world stage, arguing that the current conflict was “a crisis the likes of which most of us born after World War II have never seen.”

“Putin’s conquest of Ukraine is not enough for him. Last week, he threatened the Baltic states and Finland. Putin even held out the prospect of nuclear war against any nation that opposes him,” he said during his speech.

He emphasized: “Make no mistake, Putin is a killer who wants to rebuild the Russian Empire. He is not a person to be admired no matter how charming or clever he is portrayed to be.”

The diplomat’s choice of words mirrored that of President Joe Biden, who last year told ABC News anchor George Stephanopoulos that he agreed with labeling the Russian leader as a “killer,” which drew a furious response from the Kremlin.

O’Brien’s statement stands in sharp contrast to Trump, who on Saturday expressed sympathy for the Ukrainian people while simultaneously blaming Biden for the conflict.

“The Russian attack on Ukraine is appalling, an outrage and an atrocity that should have never been allowed to occur. We are praying for the proud people of Ukraine. God bless them all,” the former president said.

He added: “When you have a weak president who is not respected by other nations, you have a very chaotic world. The problem is not that Putin is smart, which of course he is smart, but the real problem is that our leaders are dumb.”

At CPAC, the overwhelming sentiment among the speakers — especially lawmakers who made the trip to Orlando — was to link the root cause of the Russia-Ukraine conflict to Biden’s leadership abilities.

In an interview with the Washington Examiner conducted after the CPAC speech, O’Brien said that Republican attitudes toward Russia, fueled a disappointment in Biden’s response, reflect the party’s continued hawkishness regarding international affairs.

“I think it’s still Ronald Reagan’s party, and I think ‘peace through strength’ and ‘America First’ were two sides of the same coin. President Trump used to talk about President Reagan all the time in the Oval Office,” he told the publication.

During an appearance on “Fox News Sunday,” former Secretary of State Condoleezza Rice — an expert on Russian foreign policy who has met with Putin on several occasions — noted the inconsistency of his behavior.

“He was always calculating and cold. But this is different. He seems erratic,” she said during the interview.

She continued: “There is an ever-deepening, delusional rendering of history, it was always a kind of victimology about what had happened to them, but now it goes back to blaming Lenin for the foundation of Kyiv … in Ukraine.”

Ukrainian President Volodymyr Zelensky has remained defiant in the face of the invasion, projecting a sense of optimism as the country fights for its very existence against Moscow.

“In every hour and place, city, and town and person … everywhere where the enemy is killing our people, our armed forces are doing everything they can to destroy the enemy,” he said during a Saturday briefing.